Children growing up in Nairobi’s infamous Kibera slums often don’t have the opportunities to lift them out of poverty. At the informal settlement children attend overcrowded schools, and generally live in the midst of high levels of crime and an unsanitary environment. 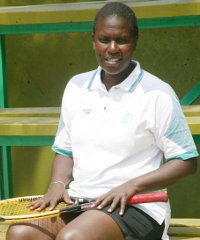 In 1992 social entrepreneur Dr Elizabeth Odera co-founded a sports and talent academy near Kibera to offer children from Nairobi’s low-income areas the opportunity to play sport and learn essential entrepreneurship and life skills. She and her co-founders purchased a piece of land that was then an open sewer and dump site, rehabilitated it over seven years, and built the Sadili Oval Sports Academy.

Odera explains she started the social enterprise to use the power of sport, which cuts across cultural and social barriers, to educate, empower, and help teenagers access sports scholarships and ultimately economic stability later in life. “Sports bring with it not only social benefits but also economic benefits which we don’t recognise in Africa,” says Odera.

Sadili generates income by organising seasonal sports camps for which the public pays to participate in as well as through leasing its sports training facilities. Revenue raised from these activities are then used to support underprivileged children.

A scientist with a doctorate in immunology, Odera was one of Kenya’s top tennis players between 1976 and 1986 competing on local circuits in Kenya and in Europe.

The avid sportswoman says many people fail to find a middle ground when it comes to sports and education. People tend to concentrate on either sport or academics, rarely both. When she came back to Kenya after further studies and work in Europe and the US, she found the country’s education system had changed and children spent more hours in class with little time to play. She wanted a different approach that combined education and sport.

She explains that how African communities function – poor relatives relying on stable family members for financial support – inspired her to run a business that accomplished more than just making money for its shareholders.

“We all suffer the burden of having relatives we must carry whether it is a sister, a nephew or parents who rely on you financially. The only way to address that was to run a business that has consciousness of the community in which you live. It no longer makes sense to be a powerful business and ignore the community,” says Odera. “That is why we chose to run Sadili as a social enterprise so that those who can afford to pay do so knowing that they are supporting others who would otherwise not get the opportunity.”

Her efforts have also involved demystifying certain sports as a rich man’s preserve, such as tennis. Some of her students from low-income areas have competed professionally in leading tournaments such as the US Open. This month the talent academy brought in international coach Bill Murray who has coached many world-class tennis players including champion sisters Serena and Venus Williams.

Odera explains that through sport children learn how to speak up, improve their self-esteem, and get a better understanding of their bodies.

“Sports give you an understanding of who you are and how far you can be stretched. When you step onto the pitch chances are that you are going to fail but you are willing go there and fight,” she says. “When you win you have to win with humility, understanding that there is some sense of responsibility that comes with being a champion. If you lose you lick your wounds, accept your loss gracefully and get ready to fight another day. Those are essential life lessons.”

At the outset of training she observes children blaming each other for failure, claiming they have been cheated out of victory and never taking responsibility. However, as training progresses they learn to listen to criticism, own up to their mistakes and learn from them.

Beyond its base in Nairobi, Sadili also runs programmes that reach children and youth across Kenya. One of these is the Girl Power Clubs Africa initiative which is offered in 27 schools in Kenya. Started six years ago it seeks to empower women economically and encourage entrepreneurship by teaching young girls how to work with money.

In its inaugural year 240 girls, divided into 12 clubs, were given seed money to implement their business plans. At the end of the programme most clubs had overcome challenges and properly executed their plans.

“Interestingly three of those teams returned the money. They didn’t do a thing because they feared failure. They looked at their business plan and thought ‘what if it doesn’t work’. There were lessons learnt at the end of the programme when they watched how other girls had started businesses and done it well. That is life, opportunity comes and if you don’t seize it others will,” says Odera.

As part of the programme girls were asked if they knew any woman who is a business person and whether they thought women can run businesses. The results, Odera explains, showed that some of the girls had a “very skewed way of looking at things,” because their idea of entrepreneurship based on western narratives was culturally different from what was on the ground.

“It was amazing to find out most girls had never seen a woman run a business. They actually didn’t consider certain things business. For instance, they did not recognise the woman who sells vegetables on the roadside as a business person. People think mama mboga (female vegetable vendor) does not make any money, which of course is an absolutely false assumption.”

In recognition of her work she has been awarded the medal of French Order of Youth and Sports by the French government. She was also honoured by the Kenya government with a Head of State Commendation (HSC) and is also a recipient of the Ashoka Change Maker, an award which salutes the world’s most influential and inspiring women.