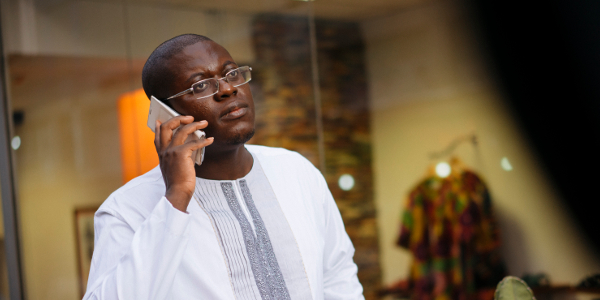 Rice that is ready to cook and rice grains grown as seed for the next crop look remarkably similar. That can tempt the unscrupulous, who pocket big profits by packaging table rice for sale as seed, according to counterfeiting experts.

“When you look at rice seed and rice for the table, it’s almost impossible to distinguish between the two,” said Bright Simons, a Ghanaian entrepreneur who has developed technology to detect fake seeds, medicine and other products.

Almost 10 percent of seeds sold in Africa and South Asia are fake. This brings a huge cost for farmers, who can see harvests slashed, their families go hungry and bank loans remain unpaid if they are tricked, Simons told the Thomson Reuters Foundation.

“If your yield is cut by 90 percent, essentially you’re bankrupt,” he said in an interview. “Lots of farmers in Africa and Asia attempt suicide because their crops have failed – and some of that is due to fake or poor-quality seeds.”

But marking each seed packet with a unique code, sometimes hidden under a scratch-off coating, offers buyers a way to check their purchase is the real thing, Simons said at the Skoll World Forum on Social Entrepreneurship in Oxford.

At the till, buyers scan or type the code into their phone, and get an instant reply on whether the packet is genuine.

If it is not, manufacturers and retailers also receive a real-time alert and data to begin tracking down the culprits.

“It’s self-defeating (for counterfeiters) to copy the code – it just leads us to you,” Simons said. “Every time you try to game the system, you just give us more data.”

His firm mPedigree, launched more than a decade ago to take on counterfeiters, won a US$1.5 million prize from the Skoll Foundation for its innovative work in using mobile and web technology to battle fake products.

The company, which works in Africa, Asia and the Middle East, has partnered with Fortune 500 manufacturers, dozens of telecom operators and government bodies, its website says.

It recently signed up the 19-member Common Market for Eastern and Southern Africa to test mPedigree, with the aim of developing a region-wide seed verification system, said Simons.

Crucially, regulators have embraced the technology, the Skoll Foundation noted in a statement.

Kenya now requires verification labelling on seed for small-scale farmers, while Nigeria’s government mandates it on all malaria drugs and antibiotics.

Oladipupo Hameed, country manager in Nigeria for pharmaceuticals giant Roche, has worked with mPedigree for five years. “They have brought a solution to help us serve patients better and that’s what we’re about,” he said.

The mobile phone technology used is easily available, not something imported, he noted.

“It’s a local solution and it works quite well,” he added.

Simons’ interest in fake products began after a skin problem led him to begin buying organic food, but he had no idea whether it was genuinely organic.

“I realised my decision (to buy) was based entirely on my trust in these organisations,” he said.

An initial effort to create a sticker system for organic produce stalled – but then Simons saw a documentary on the scale of fake medicines in Nigeria and had “a sudden burst of insight”.

In the developing world, about 25 percent of medicines sold are not what is promised on the label, usually because they have too much or too little of the active ingredient or are contaminated in dirty counterfeit drug factories, Simons said.

Such problems lead to everything from worsening antibiotic resistance, as patients get too-small doses of the medicine, to deaths from malaria or diabetic shock, he said.

For buyers, the benefits of verification are clear, Simons said. But manufacturers that use the system – paying on average about 1.5 percent of a product’s wholesale price – also see advantages, from quick data on how medicines are selling in various regions to fewer lawsuits, he said.

Stopping counterfeiters, however – rather than just making their job harder – is an ongoing challenge, he admitted.

“They adapt at every level. You build a solution and every day you have to outwit them. It’s an arms race,” he said.

The firm is constantly developing new technology to fight back, including incorporating machine learning into its systems to predict counterfeiting and help set up pre-emptive raids, Simons said.

There have been a number of arrests for counterfeiting identified through mPedigree – but convictions remain scarce, he added, though some cases are still moving through the courts.

He believes mPedigree – which has verified about 2 billion products sold so far – is just a first step toward buyers having much greater access to data.

“In five years you’ll be able to scan a product, change the language it’s (packaging is) in, check for allergies – all the things you do now in a very 20th-century way,” he said.

This article was originally published by Thomson Reuters Foundation and adapted for publication here.