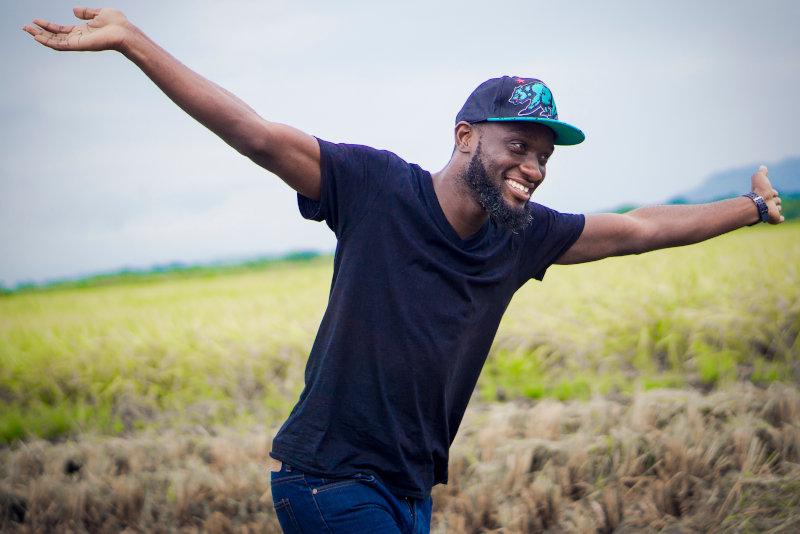 Entrepreneur Nana Owusu-Achau is the founder of Agro Kings, a Ghana-based company that produces the Nana’s Rice brand. Jaco Maritz spoke to Owusu-Achau about the ins and outs of establishing a rice brand from scratch.

How he landed on the idea for the business

Owusu-Achau was born and raised in Ghana but completed his university degree in information systems in the US. Following his studies, he was accepted at a Wall Street firm but opted to move back to Ghana to use his skills to “benefit the Ghanaian people”. In 2012, he joined his father’s real estate business and the following year, started his own property firm.

Despite being successful in the real estate industry, Owusu-Achau always had an interest in agriculture. In 2015, he started dabbling in farming, first with a cattle-rearing venture and then a maize project. However, both endeavours failed due to his inexperience in the field and several other reasons.

Then in 2017, on his way to view a property project in a rural town, the local chief handed him some rice grown by smallholder farmers in the area. When Owusu-Achau cooked the rice at home, he was impressed by the quality. It tasted better than the rice he was used to. However, Owusu-Achau discovered that producing the higher-quality rice was more expensive as it required a modern farming approach.

Owusu-Achau spotted an opportunity. He would provide two small-scale farmers in the area with financing, seeds and training (offered by another organisation) to supply him with high-quality rice. Some of the rice would be for his personal use while the rest would be sold and the profits shared with Owusu-Achau.

After the first harvest, the farmers gave Owusu-Achau his share and told him he would receive the rest of the money once a middleman had sold the rice at the market. Owusu-Achau realised rather than giving a cut to someone else to peddle the rice, he might as well do it himself. The rice was put in basic packaging and Owusu-Achau promoted it to his WhatsApp contacts. “I said on my WhatsApp status that I’m selling good quality, locally made rice. Within about two hours I sold all the bags,” he explains.

Demand for the rice increased, so Owusu-Achau ramped up production by boosting the farmers in his network to 25. This number has steadily increased and the company currently works with over 300 smallholders.

Owusu-Achau also improved the packaging and named the brand Nana’s Rice, following an online poll that showed the name resonated with people. “We are spending a bit more on production and producing attractive packaging. It is common for people to think that local produce is not of good quality and not packaged properly. We want Ghanaians to know it is possible to produce at the same level of excellence as imported brands and even better.” To further scale up production, the Agro Kings recently acquired 10,000 acres of land situated in Kasunya, about a two-hour drive from central Accra. The land is fully irrigated, allowing the company to grow rice year-round, in addition to purchasing from smallholders.

Competition in the rice industry

Rice sold in Ghana comprises both imported and locally produced grains. Imported rice is typically more expensive. According to Owusu-Achau, much of the domestic rice processioning is done by smallholder farmers using basic machinery, thereby compromising quality as compared to imported rice brands. He says Nana’s Rice is priced at a premium to most locally produced rice but is generally cheaper than imported variants.

Challenges the company has faced

As Agro Kings brought more smallholder farmers into its network, its challenges increased. At times, the farmers just don’t give Agro Kings the product it requires. Owusu-Achau also relays an instance when the local government was doing renovation work on an irrigation scheme on which a handful of the company’s top farmers depended. It meant they couldn’t produce rice for many months.

Because of poor road networks, it is also time-consuming to manage a group of dispersed farmers. “It can take me a week just to visit 25 of them,” says Owusu-Achau. When Agro Kings acquired its own land, it invited some of these farmers to work on its farm as opposed to spending prolonged periods visiting their plots.

Initially, the company also had to fork out a lot of money to transport the harvested rice from the rural areas to the city. “There were not many trucks available, so we were charged a lot of money to move the product,” Owusu-Achau says. Eventually, in 2020, Agro Kings managed to secure financing from friends and family to buy a truck. Today the company has a fleet of four. 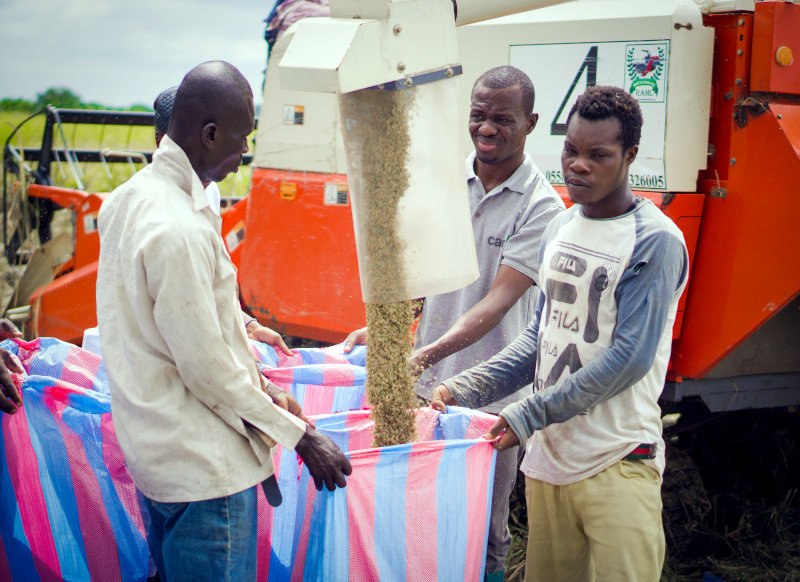 How are products processed?

The milling of the rice is currently outsourced to a third party, but Agro Kings is raising money to build its own warehouse and milling plant.

Owusu-Achau describes getting the product into retail stores as one of the most difficult aspects of the business. Today, Nana’s Rice is stocked in about 200 convenience outlets in Accra. However, to build this footprint, the team had to go from store to store, trying to convince shopkeepers to stock the product. On top of that, many weren’t prepared to pay for the product upfront. “Their response was: ‘Hey I don’t know you. I don’t know your product … you can leave it here and when it gets sold, I will pay you.’”

So far Nana’s Rice has not been able to get into the large supermarkets, such as Melcom and South African chains Shoprite and Game. “We’ve been knocking on their doors for about two years, and we still haven’t got a [favourable] response. … If you want to talk about the most difficult challenges for us, it has been on the distribution side. Customers who taste the product, love it, but the issue is how to get the product to that customer,” Owusu-Achau explains.

The company has also slowly started to penetrate the export market, targeting Africans in the diaspora. Its products are sold in the US, UK, Belgium and Germany while there have been talks with a Chinese company interested in stocking some of the products in stores in Shanghai.

Authentic. Fresh. Natural. These are the words Owusu-Achau uses to describe trends in Ghana’s food industry. Middle- to upper-income city dwellers who’ve become used to processed fare are starting to demand more wholesome food. To further tap into this trend, Agro Kings is in the process of introducing brown rice to its product portfolio.