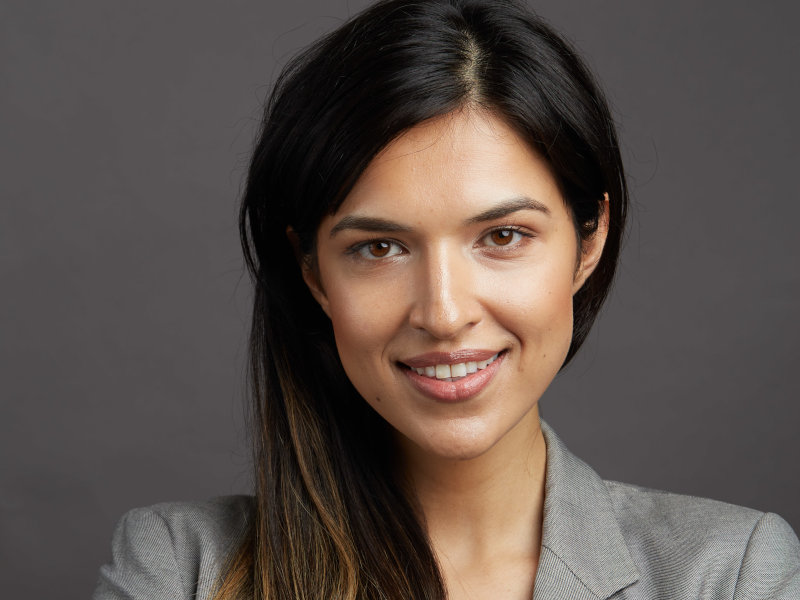 Shobhita Soor, founder of Legendary Foods in Ghana, discusses her mission to make insect larvae (particularly that of the palm weevil) the most affordable source of protein in West Africa.

Tell us more about Legendary Foods. How did you get into the edible insects business?

I started my journey into the world of edible insects as a founder of Aspire Food Group, which won the $1 million Hult Prize in 2013.

Whilst Aspire grew to focus more on pet food and frass (cricket excrement which can be used in fertilisers), primarily in North America, I was interested in the market opportunities for human food that I saw whilst working with Aspire in Ghana.

It was important to me that the research and technology should be built within the country itself, so in 2020 I started Legendary Foods as a distinct entity with Aspire as a minority shareholder.

Explain your product range. In what form do you sell the larvae?

Right now, we sell a range of products, with the primary line being fresh and frozen larvae that we sell to consumers and businesses. This serves as a direct substitute for meat and fish.

We also produce manufactured products such as a larvae shito sauce (a popular condiment in Ghana) and biscuits made using a larvae butter. These are gateway products that are more popular with younger consumers and those who have grown up in urban areas and are no longer accustomed to eating larvae.

Finally, we have a café at our site in Kumasi, which serves value-added products such as larvae stew or soup. Though the long-term focus is on the first two categories, the café helps fill gaps where customers haven’t eaten larvae in a long time, or don’t know how to cook them themselves.

What are some of the problems you are trying to solve with Legendary Foods?

Protein sovereignty is one really important area: across the region, the bulk of animal protein is imported. So whilst there are definitely export opportunities, our primary focus is on serving the regional population in West and Central Africa.

Another area is around the accessibility of nutritious foods. Protein-rich foods like chicken and beef have a lack of shelf-stability and this makes them difficult and expensive to access. This means that many people, particularly in rural areas, are lacking sufficient sources of nutrients like protein, iron, zinc and B vitamins, all which larvae can provide in a shelf-stable format. 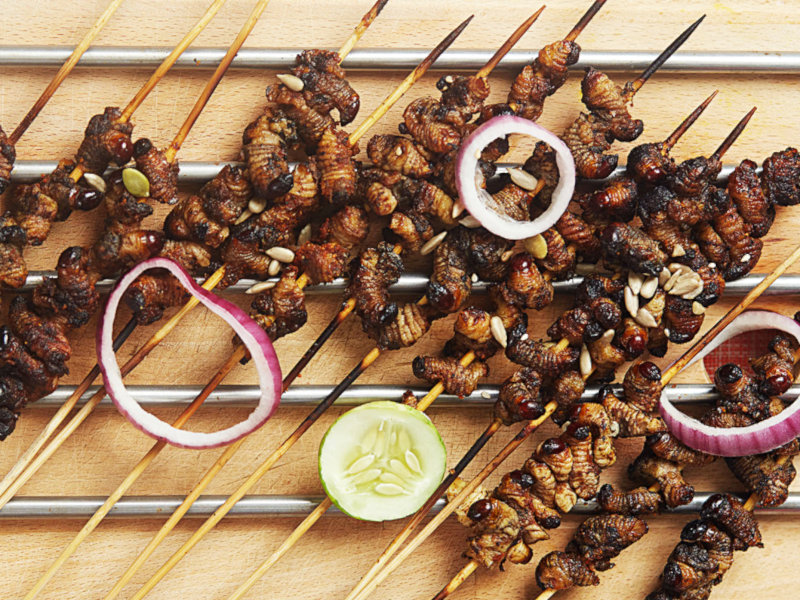 According to Soor, insect larvae are a direct substitute for meat and fish.

How do you farm and harvest the larvae?

Our current premises reflects a system that brings modern vertical farming technology to traditional farming methods. We are focused on making the most efficient use of space possible to optimise our production system.

In terms of the process, we pair up the male and female weevil to mate and lay eggs, which then hatch into larvae. We nurture these to maturity in large bins before we harvest them for sale.

Did you always plan to work towards your current production setup, or did this come about through experimentation?

We previously tested rearing the larvae on a decentralised model working with individual households. While this was a tremendous learning opportunity, it presented many challenges at scale. There were some people who found their own niches and whose lives were unalterably changed for the better, but it was difficult from a commercial point of view because whilst we had a lot of experience and scientific knowledge on rearing the larvae, providing support services and monitoring the individual household farmers proved difficult.

Because of the variability in results using this model, we moved towards a model with one centralised factory, which allows us to scientifically improve production from generation to generation in a much more controlled environment. We chose the campus at Kwame Nkrumah University of Science and Technology in Kumasi with which we have done research projects.

Now that we have achieved consistent quality and production, we are looking at opening a commercial-scale production facility in Accra where there is a more active support system for agri-processing businesses. 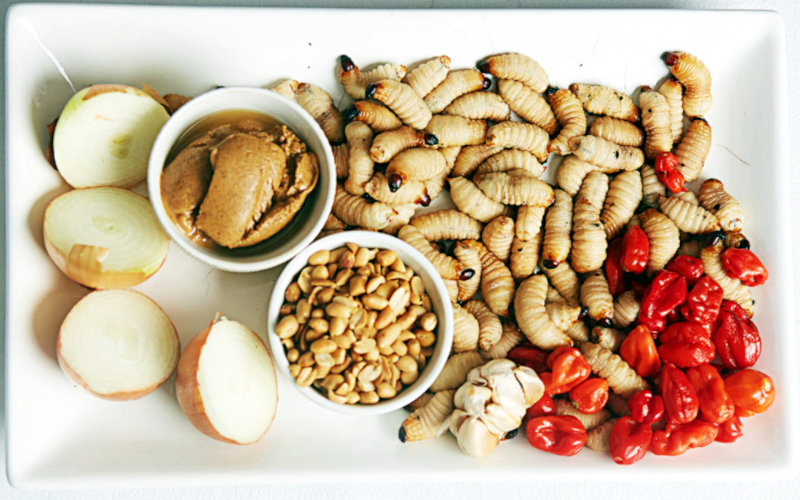 Insect larvae are rich in nutrients like protein, iron, zinc and B vitamins.

Do you face difficulties in convincing people to view larvae as food?

I think it’s something new but at the same time something old. There is documented consumption of larvae across the region, for example in Nigeria, Côte d’Ivoire and the Democratic Republic of Congo – really anywhere there are palm trees. In the last couple of decades, larvae have become harder to find in the wild due to increased use of insecticides and deforestation.

In the Democratic Republic of Congo and Congo-Brazzaville particularly, larvae are viewed as a delicacy. Even in Ghana, where it is not so widespread, people view it as a rich, nutritious meat. I would describe it as having the taste of shrimp, with the texture of sausage.

Larvae are often perceived as being a traditional food but they tend to be expensive because they are still harvested manually. Part of our value proposition is that we have developed our own feed that is not dependent on palm trees. This means we can farm in a scalable, less labour intensive manner that is far more gentle on the environment and reduces the cost to consumers.

How do you see the business developing over the next few years?

Our overarching goal is to provide the most cost-effective form of protein in the region. That’s our North Star. We have spent the last few years researching and understanding the biology and physiology of the larvae. Now our focus is on building operational efficiencies and increasing the mechanisation of the process, so that we can drive down unit economics and build up scale.

Ultimately, we believe there is an opportunity to cultivate a rich source of protein at a scale that was previously considered impossible – it is an intensely rewarding challenge that can yield significant environmental, financial and social benefits here. In essence, where others see a traditional niche delicacy, we see a highly scalable protein source, the same way that quinoa and pea protein were once considered niche, until the appropriate technologies emerged that unlocked their true potential at scale.