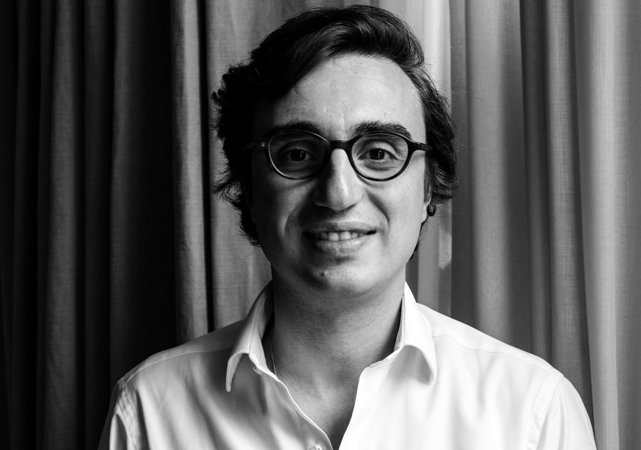 ThirdWay Africa, with offices in Maputo, Harare and London, is an advisory and impact investment firm with a focus on projects in Mozambique and across Africa. In an interview with How we made it in Africa, CEO Gonçalo Neves-Correia talks about investing in farming and climate-smart mining, and reveals how Mozambique’s nascent natural gas industry is opening up prospects in other sectors.

What are some of the top agricultural investment opportunities in Mozambique?

Our investments in agriculture are regional and our focus is broader than only Mozambique. We are also looking at countries such as Zambia and Tanzania.

One of our latest investments is a commercial-scale soya bean and maize farm in northern Mozambique. The farm already had a level of scale when we invested, with a planted area of around 2,500 hectares and a decent track record in both crops. We introduced irrigation on the farm and will scale up the planted area over the next year.

We have housed this investment in a permanent capital structure called the ThirdWay Africa Rural Development Corporation which will make similar investments and build a portfolio of farming assets. Besides soya beans and maize, we are looking to invest in tree crops, such as macadamia nuts. Macadamia is a long-term investment – it takes about five years before you have a steady crop – but it will diversify our revenue base and give us exposure to an export crop priced in US dollars.

We are looking at projects in Mozambique and the wider region that tap into global demand for sustainably sourced products. Consumers are increasingly demanding transparency with the products they consume.

Furthermore, there are opportunities for vertical integration with the projects in which we are already involved. For example, we are entering the soya bean seed business. Not only will this mean Mozambique will not have to import the seed from places like South Africa, but it is also attractive for us as an investor to expand into a value chain where we are already active. On the processing side of things, there is also potential to process the soya beans we produce into poultry feed.

Describe some of the lessons you’ve learnt about investing in African agriculture projects.

Starting an agriculture project from scratch (greenfield project) is a difficult investment strategy in Africa. You have to recruit a management team, which can be an expensive proposition because those with the required expertise are often expatriates. In addition, you have to trial different seeds. The first results are generally loss-making.

The final thing is infrastructure and access to markets. You may be achieving great crop yields but the infrastructure to get the product to market may not exist; or there may not be immediate buyers for the crops. For example, we have worked with a client that exported bananas from East Africa. It took time to develop the commercial purchase agreements with buyers in the Middle East, Asia and Europe. They also had to develop the cold chain to get the fruit to the port and onto the buyers within a given timeframe. So, you may be growing bananas really well but without the last component, it’s not a viable product.

Greenfield investing is challenging as you have to figure out everything upfront and it does not always materialise as expected. And unlike say a tech investment, the degree of upside in agriculture is somewhat limited. Most crops have relatively established market prices which are not likely to fluctuate that much.

For these reasons, up till now, we have invested in established projects that make it easier for us to predict our return on investment. We want to invest in brownfield projects that already have an agronomic track record and where we can see the per hectare yields that have been achieved over the last few years.

Over the past decade, significant deposits of offshore natural gas have been found in northern Mozambique. Major energy companies such as Total and Eni are currently involved in projects to extract the gas and convert it to a liquid form (liquefied natural gas or LNG) which makes for easier storage and transportation. What business prospects will these projects unlock in other sectors?

Most stakeholders want the gas projects to have positive economic spillover effects and open opportunities in other sectors. One of these is to provide locally sourced materials and services during the construction phase. An example is to supply limestone and granite used in everything from roads to the concrete required for the LNG tanks. There is no reason why these materials should be imported from outside Mozambique. We invested in a company called Moz Quarries which supplies the vast majority of stone used in the construction of Total’s LNG project.

In an earlier interview, you highlighted an opening for climate-smart mining in Africa. Could you elaborate on this?

Mining traditionally did not form part of our immediate focus. However, in the last few years, specific minerals associated with the new energy revolution have become important. Tanzania, Madagascar and Mozambique have significant reserves of graphite which is used in lithium-ion batteries for electric vehicles. There is a chance for African countries to tap into these minerals and evolve within the value chain into processing activities rather than merely focusing on extraction.

Traditionally, investors interested in sustainable development excluded mining because of its association with areas such as coal and it was not seen as a high-impact sector. However, we realised there was a new type of sustainable development investor willing to consider mining through the lens of these environment-friendly minerals.

We came across an interesting World Bank initiative – Climate-Smart Mining – which aims to ensure resource-rich developing countries benefit from this demand for minerals used in lithium-ion batteries as a result of the exponential growth in electric vehicles. The initiative applies sustainable resource development strategies to mining and the same principles you see in a circular economy. For instance, a mine can produce its energy requirements by adding off-grid solar power generation for its own use and also to electrify the communities living around the site. Another example would be to stimulate agricultural development in the area, where the mining company becomes the main buyer of produce grown by smallholder farmers. The mining operation becomes like the anchor tenant in a shopping mall, sparking rural development initiatives thanks to the core mining activity.