More than 400,000 people in the oil rich Turkana region are facing starvation as Kenya battles with yet another bout of food shortages. Over-dependence on rain-fed agriculture and poor farming and storage methods are partly to blame for the nation’s food security challenges. 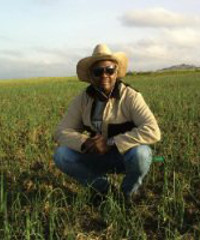 A recent joint report by FAO and Kenya’s Agriculture Ministry revealed that continuous use of fertilisers such as DAP (Diammonium phosphate) has resulted in reduced soil pH and declining productivity.

Kenya relies on imported fertilisers and farmers often complain of shortages and delays in arrival which affect their yields.

French fertiliser manufacturer Roullier Group has opened a regional office in Nairobi to tap into the market as scientists and farmers shift attention to alternative fertilisers. Timac Agro Kenya, a subsidiary of Roullier, set up shop in Nairobi late last year and is set to begin selling its premium fertiliser brands in March.

“Kenya is one of the largest fertiliser markets in Africa. In sub-Saharan Africa, Kenya is number two [in fertiliser consumption] after South Africa. In terms of overall tonnage, Kenya is doing over 500,000 metric tons of fertiliser [annually]… it is a big market.”

Roullier Group, one of the largest suppliers of fertiliser in the world, began operations in Africa towards the end of 2013 and opened offices in Senegal and  Côte d’Ivoire.

Timac Agro will sell a range of products including its Duopac brand for cereals such as barley, wheat and sorghum, as well as Locastart for short-term crops like maize, vegetables, potatoes and beans.

“We have brought in what we call specificity fertilisers from Europe. We have added a patented molecule to our product which prevents the problem of acidification… and to avail phosphorous to the plant.”

According to Mwangi, the soils in Kenya are mostly acidic and to be productive the pH levels need to be raised. He argues that the use of DAP, which is an acidifying fertiliser, is like adding “fuel to fire”. The acidification prevents absorption of phosphorous which is essential for root development.

“The soils are sick. It is not over use [of fertilisers]. Countries like China, Korea are doing 200kgs per acre while we only at 33kgs. Our usage is very minimal. The problem is we are using the wrong fertiliser.”

Timac Agro will start with targeting commercial farmers in high productivity areas in Kenya whose purchasing power for premium products is higher.

“A commercial farmer will understand the cost benefit analysis,” says Mwangi, adding that he expects the “price factor” to be a challenge initially because fertilisers imported by the government are highly subsidised.

An uphill task for Timac Agro is building confidence among farmers who have seen wonder products enter the market which failed to live up to their promises.

“Within the fifth year, I expect this figure to have grown to 7.5%,” says Mwangi. “We expect a wait-and-see attitude at first. People need to be confident in us. Our short term plan is to educate farmers on what the real problem is… and get farmers to address that problem… and heal our soils. We are not coming with a mindset of sell, sell and sell. We are here to address a problem.”

“I will tell you of two sectors you need to invest in. If you are not in energy, you have to be in agriculture. That is the future of the world,” says Mwangi. “The global population by 2020 will be about 8bn. People will always eat. So, at any given day, someone has to be producing food for this population. It’s guaranteed business.”

Mwangi says Africa’s food security challenges will be solved as stakeholders adopt innovation. Organic farming, he adds, has its benefits but is not the best fit for Africa today.