Tanzanian mobile network operator Tigo last week announced a partnership with Facebook that will allow Tigo’s customers to access Facebook through their mobile handsets without incurring any data charges. 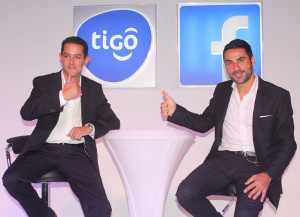 Tigo general manager Diego Gutierrez said this is the first time that Facebook will be free on a mobile network in East Africa.

It was also announced that Facebook has rolled out a Kiswahili version for mobile platforms. Kiswahili is spoken across East Africa, as well as in parts of Central and Southern Africa.

Tigo Tanzania currently has over six million subscribers, and according to the company there are about two million Facebook users in the East African country of just under 50m people.

There are benefits for both mobile operators and the social network to give people free access to Facebook.

Mbwana Alliy, managing partner of Nairobi-based Savannah Fund, says declining voice and SMS income (for which Facebook-owned WhatsApp is partly responsible) are eating away at mobile operators’ revenues. “Data, value added services and mobile money are the only growth vectors for revenue growth in Africa, and Facebook can assist on data.”

“This is about increasing internet usage in Africa with Facebook as the gateway drug – once users are hooked they will be comfortable spending more on data. Note that people share links and articles on Facebook, [and] when users click away they will be spending money for data access outside of Facebook,” says Alliy.

According to Gutierrez, “Facebook has been a fantastic driver of data on mobile networks”.

Tigo corporate communications manager, John Wanyancha, says the launch of the Facebook Kiswahili version on mobile “would lead to increased use of the service by Tanzanians who… hitherto could not access the service due to [the] language barrier”.

The partnership with Tigo is part of Facebook founder Mark Zuckerberg’s Internet.org initiative that aims to “bring the internet to the two thirds of the world’s population that doesn’t have it”. The initiative is supported by a number of companies and organisations – including Facebook, Ericsson, Samsung and Nokia, to name a few.

Giving people free access to Facebook in a language they can understand is certainly in line with Internet.org’s goals. For Facebook it probably also doesn’t hurt having more subscribers to whom it can show its advertisements.

Nicola D’Elia, Facebook director for international growth and partnerships, told How we made it in Africa that the company offers “technical support” to mobile operators to roll out free or discounted access to social media platforms.