Africa is a beautifully diverse continent made up of a multitude of different cultures, ethnicities and languages. A major goal of the Anzisha Prize, Africa’s premier award for its youngest entrepreneurs, is to ensure that no one is excluded. 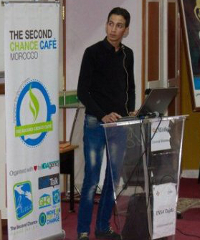 One way it is striving to do this is by accepting applications in English, French, Arabic and Portuguese, to improve participation from the continent’s major language territories.

Particular steps have been taken to better target young entrepreneurs in French-speaking countries, which make up almost half of the continent’s 54 territories. Applicants from these economies have been historically low and the Anzisha Prize has been strengthening partnerships with local youth organisations to help drive participation.

The Prize’s efforts have shown some success. Last year a third of the 12 finalists were from francophone countries, with two of the three winners representing French-speaking Africa. This includes the first place winner, Cameroon’s Alain Nteff, who walked away with US$25,000. His business has since grown from strength to strength and he was recently awarded the first ever Queen’s Young Leader Award at Buckingham Palace.

Interestingly, this year Cameroon had the fourth highest number of applications per country.

While finalists have not yet been determined for 2015, the Anzisha Prize has decided to highlight some of this year’s young francophone applicants.

IMPORTANT NOTE: Finalists have not been announced. The entrepreneurs profiled below have been selected randomly, and are not necessarily winners.

Showing tourists the attractions of Burundi

Burundian Régis Isirahenda (18) is the founder of a tourism company Burundi View, a business he is running whilst also completing an internship at a law firm.

His company’s mission is to promote Burundi as a tourism destination, highlighting some of its attractions and organising sightseeing trips to Lake Tanganyika and the riverside parks. He has also partnered with hotels to arrange historical site visits and water sport activities such as kayaking and sailing.

He started the firm last year after participating in the African Leadership Academy’s Build-in-a-Box business development programme. And within the first few months, the company was already recording monthly profits and employing four people.

“My country Burundi has for a long time suffered from a series of civil wars which generated, in addition to lives lost, financial damages of excessive unemployment. This is how I got the idea of ​​a company that seeks to give a new image of my country while granting many possible jobs,” explains Isirahenda.

He also started a social club in Bujumbura called Young Leaders in Action (YLA), which promotes entrepreneurial skills to students at secondary schools.

University student Issam Darui (20) is founder of Lagare.ma, the first online bus station portal in Morocco. Launched last year, it can be accessed by smartphones and computers and offers a range of services and content concerning road transportation, including bus schedules and online ticket reservations.

“We also won first prize as the best business start-up in Oriental at the Competition Challenge Start-up Oriental 2014, and more than 20 newspapers, magazines, radio and TV media [outlets] have spoken about our project.”

His plans for the next 12 months are to include information around rail transportation and grow sale volumes 10-fold.

Abdoul Fadil Zeba (20) is studying towards a bachelor in international management in Senegal while running a youth organisation, ‘Stay in Africa’. It aims to prevent Senegalese youth from illegally emigrating to other countries, a common phenomenon in Senegal, by providing them with self-employment in poultry farming projects.

Started in 2013, the organisation also provides skills development in addition to income-generating activities through its collective poultry farm.

“The impact of our organisation is multi-dimensional. First there is a social impact that is reducing the high rate of illegal migration and the number of deaths each year among young people trying the dangerous sea trip to reach Europe,” highlights Zeba.

“We also fight against unemployment. The revenue related to the sale of chickens allows us to give money to these young people, which they can use to stay with their families.”

He also plans to provide other income-generating options for unemployed youth by branching into areas such as carpentry and mechanics.