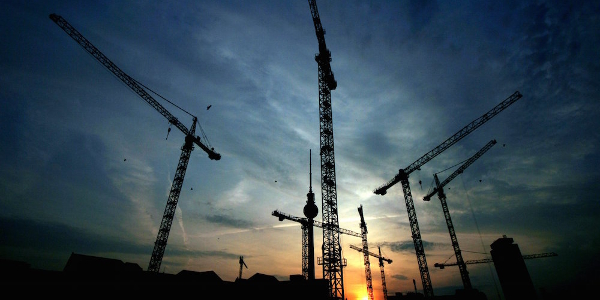 The author, Tidiani Keita, is the managing director of Africasium, a strategic consulting firm in Côte d’Ivoire. This article was written specifically for the NTU-SBF Centre for African Studies.

The economic growth rate in sub-Saharan Africa is projected to recover to 2.6% in 2017, following a net deceleration in 2016. According to the World Bank, the upturn in economic activity is expected to continue in 2018 and 2019, reflecting improvements in commodity prices, a pickup in global growth, and more supportive domestic conditions.

In order to fuel the growth, the region is continuously improving the quality and quantity of public infrastructure that remains weak in many sub-regions and countries. With an average GDP growth of 9% over 2012-2015, Côte d’Ivoire is working hard to restore its status as an economic engine of West Africa, with robust public infrastructure as a pillar, to become an emerging economy by 2020. Similarly, in the other French-speaking countries of Senegal and Cameroon, the construction industry is boiling and large-scale projects are currently being launched locally.

With a total of 80,000km of roads, Côte d’Ivoire has one the largest road networks in West Africa. However, only 6,000km are paved and it has generally suffered from a lack of maintenance during the 2000-2010 decade. As part of the 2016 2020 National Development Programme, the government has set the objective to renovate and upgrade 4,500km of roads across the country. This plan also includes the construction of a fourth bridge in Abidjan, the economic capital. While nearly 10 foreign companies are currently working on sections totalling 1,500km, the Ivorian government is still looking for funds for the remaining 3,000 km (estimation: US$13bn).

In Central Africa, Cameroon has also launched an ambitious programme to improve its road network. The 120km-highway connecting Douala to Yaoundé is currently under construction. The first portion (60km) has been completed and studies for the second one are progressing. Other strategic projects are the Douala-Limbé project and the motorway connecting the three ports of Douala, Yaoundé and Kribi. These projects are funded by Chinese companies. On a larger scale, a corridor linking the capital cities of Yaoundé and Brazzaville (Republic of Congo) is being built with funds from Islamic banks. In Senegal, Ageroute (national agency in charge of road infrastructure) has recently launched 46 road projects (investment involved: $2.8bn).

Huge investments are also needed in the public housing sector. In Côte d’Ivoire, the government is driving a 150,000-unit affordable housing programme in Abidjan and suburban areas. Forty real estate developers have been selected to roll out the project through structured deals. It is envisaged the government will oversee the funding of the construction of roads and utilities infrastructure, with real estate players bringing in the investment and benefiting from land facilities granted by the state. There are important needs in sanitation with the construction of utilities for the evacuation of rainwater and waste water in Abidjan (estimated funding requirement: $125m). The sanitation master plan of the city is also under development, with a priority phase of $36m. The government is currently looking for an additional $360m to complete the programme over five years.

In Cameroon, the ambition is to raise up to 30,000 units by 2025, which requires a budget of $1.8bn. With the next Africa Cup of Nations taking place in the country in 2019, two new stadiums are being built in Douala and Yaoundé. Recently, the Confederation of African Football decided to increase the number of national teams participating from 16 to 24, from the next edition in June-July 2019. Therefore, in order to be able to host the event, the Cameroonian government will need to revise then plan with the construction of new stadiums.

Power supply is also strategic in Cameroon. One of the biggest current ongoing projects is the Nachtigal Amont hydroelectric project (420MW). This major development includes roller-compacted concrete dams, a headrace channel, and a power plant with seven generating units, to be constructed on the central course of the Sanaga River (located 65km northeast from Yaoundé). This strategic project is being developed by the Cameroonian project company, Nachtigal Hydro Power Company (NHPC), whose shareholders are the Republic of Cameroon, Electricité de France (EDF) and the International Finance Corporation (IFC).

In these countries, strategic construction projects are awarded through official tenders open to both local and foreign companies. Typically, the decision-makers are either government authorities or international lenders like the World Bank, the IFC, Agence Française de Développement (AFD) or the African Development Bank (AfDB). In Côte d’Ivoire, one of the key ministries for construction projects is the Ministry of Economic Infrastructure. This ministry oversees road infrastructure, railways and hydraulic networks (water supply). The other important sectorial ministries are the Ministry of Construction, Housing, Sanitation and Urban Planning, as well as the Ministry of Transportation (in charge of airports and ports).

In order to improve governance standards, official tenders follow a strict and seamless procedure that involves the sectorial ministry responsible for the project and the Public Procurement Regulatory Authority (“Autorité de Régulation des Marchés Publics” – ARMP in short), an independent administrative authority linked to the presidency. For each project, ministerial officials work together with experts from ARMP in a public procurement unit. The regulatory authority gives advice and guidance, and ensures that all compliance parameters are met. Companies participating in tenders have to submit a complete proposal with a technical offer and a financial offer. Only proposals that comply with the technical requirements (team’s expertise and qualifications, company’s experience, equipment, technology and assets) are then assessed from a financial angle. The project is then awarded to the most competitive company in terms of pricing. Projects funded by international lenders follow the same procedures with other specific parameters defined by the organisations.

In some circumstances, strategic projects can be awarded via direct negotiation, without going through call to tender procedures. Such agreements must be approved by the Ministry of Budget and duly justified. A valid reason would be the urgency of some projects that may oblige the local authorities to contact targeted companies. The Ministry of Budget would also opt for this route in some complex cases requiring sophisticated or niche technology mastered by very few construction companies.

Similar ways of working prevail in Cameroon and Senegal. In Cameroon, according to the ministry in charge of housing and urban planning, 90% of construction projects are awarded through tenders, while only 10% are managed through direct negotiation.

Challenges and opportunities for construction companies

Many foreign construction companies are competing fiercely in these three former French colonies. Beyond longtime established French companies like Bouygues, Vinci, Eiffage and Razel, local companies have to fight against new players from North Africa, China, South Korea and Turkey. In Côte d’Ivoire, the development and conservation project of Cocody Bay (Abidjan) is currently managed by a Moroccan public agency, Marchica Med. The project is estimated at $500m, and more than 60% of the funding is from the Islamic Development Bank.

Turkey is also expanding its footprint in the construction industry in Francophone Africa. In Cameroon, the construction of the new sports complex of Douala-Japoma has been awarded to the Turkish firm Yenigun (completion expected in June 2018). Chinese construction companies also continue to conquer new frontiers in French-speaking Africa. Their ability to gather huge investments is a key advantage that enables them to win numerous local projects. Funding of operations is still problematic in Africa and the scarcity of financial resources hampers economic development. Therefore, construction companies that can bring in both technology and funds have a significant advantage. However, they will still have to face administrative burdens while they deal with public agencies, ministries and central administrations.

In Cameroon, it is recommended to operate with a local partner familiar with all procedures and the administrative maze. Registering a local office or subsidiary may also be beneficial in the long term. Cultural differences can also be a challenge and create a barrier in construction project management in Francophone Africa. In such situations, the support of a local partner that is fully aware of the realities of the business environment, would be very useful.

Despite these constraints, differences in language and business etiquette should not deter foreign construction companies from venturing into these territories of Africa. French companies have had the monopoly of the competitive landscape for a long period of time, and they have earned a very solid reputation, frequently being cited for their strong technical expertise and their proven ability to lead projects efficiently under tight timelines. Obviously, the common language is an advantage. But African markets are open and there is space for players from all regions. In Côte d’Ivoire, South Korean companies are working hard to win road construction projects. Jae Won Industrial & Development Company is currently renovating a portion of Boulevard Latrille, one of the busiest roads in Abidjan. This first project (valued at US$1.8,m) is considered a test, and the South Korean company will be awarded other projects should the Ivorian authorities be satisfied with the results.

Following the example of China and South Korea, Asian nations are encouraged to increase their presence in the construction sector in Francophone Africa. Over the past years, Côte d’Ivoire has significantly modernised its economy. Between 2012 and 2015, the country gained 35 places in the ease of doing business rankings, thanks to vast reforms aimed at improving its business environment. Reforms include private sector-oriented incentives, facilitation of company registration and implementing an efficient network of institutions supporting the private sector. Asian companies are welcome to invest in this West African market, and the construction industry should be highly considered.

Côte d’Ivoire has a liberal economy, open to foreign direct investment and has been very active in strengthening its trade and economic relationships with Asian countries. For instance, since its first edition in 2010, Côte d’Ivoire has attended all the Africa Singapore Business Forums. In 2012, a bilateral trade agreement was signed between the Singapore and Ivorian governments, and two high-level ministerial visits from Singapore to Côte d’Ivoire have already taken place. Hence, a future of flourishing economic exchanges between Côte d’Ivoire, Singapore and other ASEAN markets is promising.

Similarly, Senegal offers a conducive and transparent business environment, and the country also has the ambition to become an emerging economy in the next decade. Senegal and Côte d’Ivoire should be used by Asian companies as gateways to enter West Africa and expand their operations in this sub-region. Recently, the new president of the Confederation of African Football, Ahmad Ahmad, has expressed doubts about the capacity of Cameroon to host the 2019 cup due to its limited infrastructure. The urgency to build new football stadiums for this major event is an opportunity that Asian construction companies should seize.

The author, Tidiani Keita, is the managing director of Africasium, a strategic consulting firm focused on business development in emerging markets whose mission is to deliver end-to-end solutions to foster trade, operations and investments in Africa. This article was written specifically for the NTU-SBF Centre for African Studies, a trilateral platform for government, business and academia to promote knowledge and expertise on Africa, established by Nanyang Technological University and the Singapore Business Federation. Tidiani can be reached at [email protected].