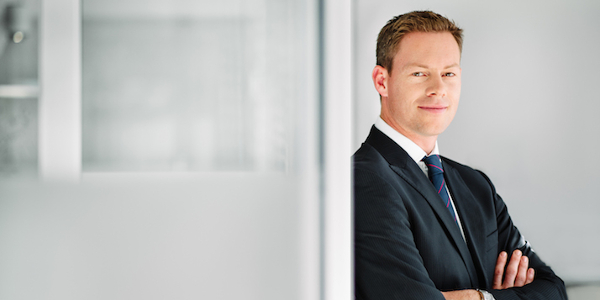 During a recent webcast discussion, Rory Ord, principal at RisCura, highlighted a number of interesting points about the growth of African pension funds.

There is near US$350bn of local capital sitting in the African pensions system, according to Rory Ord, head of RisCura’s private equity advisory division.

While around 75% of this is in its most developed pension market, South Africa – estimated at about $258bn – there is strong growth coming from other parts of the continent. These growing funds are being driven by regulatory changes that are bringing more people into the social security system.

“Probably the best example of this is in Nigeria, where regulatory change happened around 2006, and it has managed to accumulate around $30bn of assets since,” Ord noted.

1. In the ‘accumulative phase’

Outside of South Africa and Namibia, most African countries have very low levels of pension penetration rates. This means the strong growth seen in pension numbers is coming off a low base. However, these markets also have a very young population – with the average age across Africa only being around 20 years, compared to 40 in most of the developed world.

“So what that means for pensions is that it is very much in an accumulative phase. Most of the population in Africa is starting to enter the work force at this time. And we are expecting to see a lot more growth in this area,” explained Ord.

The majority of capital accumulated in African pension funds is invested in home markets. Some countries have legislation allowing investment outside of their home markets, but this is mostly the case in southern Africa.

Asset allocation of pension funds also differs across the continent. Countries such as Tanzania, Uganda and Nigeria have a stronger focus on investing in fixed income assets, mostly government bonds. However, more southern African countries such as South Africa, Botswana, Namibia and Swaziland have a higher allocation of funds in equity investments.

According to Ord, this is partly due to the more risk-averse nature of early-stage, less-developed pension systems.

“For example, whereas [pension funds] in South Africa have a very high focus on listed equity today, if you went back 15-20 years, you would actually find that South Africa at that stage focused very much on government bonds, and has evolved over time to bring more equity into the equation.”

In the chart below, investment in private equity is included as part of ‘other assets’. “In most of the continent outside of South Africa, the majority of those ‘other asset’ investments are actually in real estate, with very low levels currently allocated to private equity,” Ord explained. 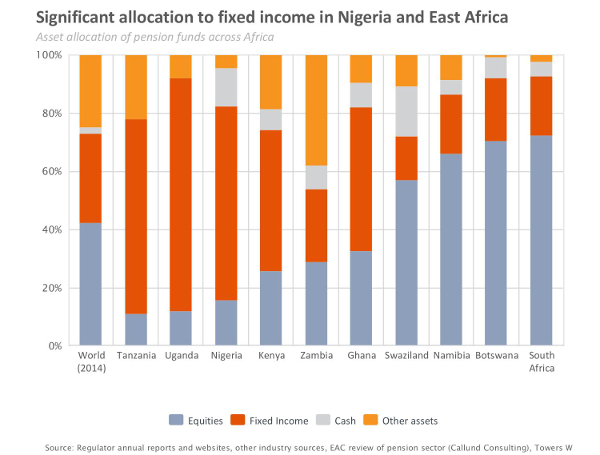