Attempts by Tanzanian authorities to compel mobile phone operators to list on the country’s stock exchange by 2015 will “hamper” growth in the vibrant industry. 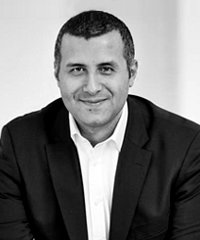 This is according to Amr Shady, founder and CEO of Egypt-based TA Telecom, a company that offers telecom operators, brands and NGOs a wide range of mobile managed value added services. These services include mobile applications, content delivery platforms and mobile marketing solutions. TA Telecom has operations in the United Arab Emirates, Saudi Arabia, Afghanistan, Egypt, Nigeria and Kenya, and intends to enter the Tanzania market.

The telecoms industry has grown rapidly and Tanzania currently has more than 29m mobile subscribers. Shady says compelling operators to list on the Dar es Salaam Stock Exchange (DSE) is “extreme” and a step in the wrong direction.

“To force a private company to become a listed company without any regard to the maturity of the stock market and its state is extreme. You just don’t force a company to list randomly. These things have to be very well-orchestrated to succeed,” says Shady.

A number of operators have expressed concerns about the mandatory listing rule, passed in an earlier telecoms law. The law states new telecom operators should list on the DSE within three years of receiving an operating licence. Tanzanian authorities believe and hope the move will see more of its citizens take a stake in one of the fastest growing industries on the continent. Telecom companies were initially supposed to list in 2013 but the deadline was extended to 2015 to ensure better implementation.

“Listing is a way for a company to raise funds to grow, so if a company doesn’t need funds, why should it be forced to list?” questions Shady. “In immature stock markets such Egypt, for example, we have seen how Vodafone delisted and decided it would be better to be a private company again. In reality, offering incentives to list would be a much better approach.”

Shady says his company “faced several challenges in acquiring a licence” to operate in the telecom service sector in Tanzania.

In addition to compelling companies to go public, Shady notes there are other regulatory constraints that hinder investment by foreign SMEs in the telecoms sector. Unless dealt with, he warns, these constraints will make it even more difficult to attract foreign investment in the industry and thus affect market competitiveness.

“Foreign companies can make a significant contribution to the country’s economy and disseminate new knowledge and experience into the workforce. Disincentives and roadblocks for them to come to Tanzania can only hamper Tanzania’s long-term competitiveness.”

“To attract more foreign investments, I think these restrictions should be eased. Even in a tough market like Nigeria, which has strict telecom regulations, they have been open for foreign companies to acquire licences and operate,” he says.