In a recent bulletin, Trendwatching.com identified a new consumer trend in Africa called For Africa By Africa, where African companies are creating products specifically for consumers on the continent. 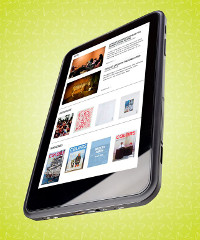 Trendwatching’s African regional director Lola Pedro, who penned the bulletin, told How we made it in Africa she first got wind of this trend through African-inspired fashion on display in the West. “[In] Paris, New York, London you started to get this traction around things that are African made.”

Last year fashion labels EDUN and Diesel collaborated to launch their second Studio Africa collection. This collection is made from denim entirely manufactured in Africa with cotton from Uganda.

After witnessing this increasing focus on African-made products internationally, Pedro became curious about whether this trend was also manifesting itself in Africa.

She says examples of For Africa By Africa products are the Bamboo D700 tablet promoted by Nigerian company Debonair Devices, as well as a recently announced smartphone by South Africa’s Seemahale Telecoms and CZ Electronics.

Another example is cassava-based beers introduced by international drinks companies SABMiller and Diageo in countries such as Ghana and Mozambique. Cassava is the second most consumed source of carbohydrate in sub-Saharan Africa, but the crop’s industrial potential has been largely unexploited.

She says the 2010 Fifa World Cup in South Africa also contributed to a growing sense of pride among Africans.

Born in the UK, Pedro recently relocated to Nigeria. She says Nigerians are increasingly enjoying themselves in Nigeria, rather than travelling abroad. She says the arrival of international brands in the country means people don’t have to shop overseas that much.

She says African products and services often add more value to the lives of people living in the continent than those produced by multinationals. She highlights the example of 2go, a mobile social network that at one stage reportedly had more users than Facebook in Nigeria. The company was founded in 2007 by two South African university students.

When Pedro first moved into her house in Lagos, the painter asked her if she was on 2go, saying that it is better than Facebook. “There was a value he was getting from it that he wasn’t getting from global versions of the same thing.”

She says even though many of these African companies are small and might not currently present a real threat to multinationals, it is good for global brands to take note of the For Africa By Africa trend. “If you are, for example, working in Apple it is good for you to be aware that… there are brands in Africa that are producing technology hardware that you need to be aware of… maybe you need to consider how you can Africanise your next product.”

Trendwatching is witnessing a growing interest about Africa from its global clients. “A lot of the brands that we deal with are asking us questions about Africa.”

Pedro says the For Africa By Africa trend is still in its infancy, but is likely to grow. “Even though it is still quite niche it is definitely going to keep growing, and we will see more and more examples of it as we go through the year.”