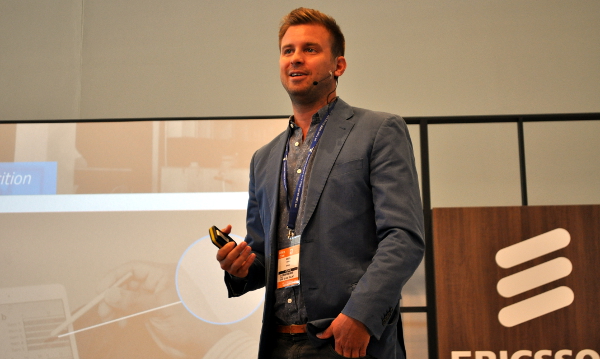 Apps and services such as Uber, WhatsApp and AirBnB have proven to be powerful industry disrupters in recent years.

Uber’s taxi-hailing app has expanded to 77 countries – with operations in 527 cities – since being founded in 2009. WhatsApp has cut into SMS revenues received by telecommunication companies considerably: its free mobile messaging service has over a billion active users per month. And Airbnb has disrupted the hotel and accommodation industry by allowing individuals to simply and easily rent their homes out to travellers.

So what does it take to develop such a service? According to South African tech entrepreneur Bevan Ducasse, there are a number of principles that need to be followed. Ducasse is the founder of wiGroup, a company that builds mobile transacting technology for big retailers, banks and telcos. Its wiCode platform allows merchants to accept a variety of mobile-based payments from customers. It also offers retailers and brands mobile-based loyalty, rewards, coupons and gift solutions that essentially allow for a card-free service.

Speaking at AfricaCom in Cape Town this week, Ducasse shared his principles for developing a successful app.

It might sound obvious, but Ducasse says entrepreneurs and app developers often fail to tick this box.

“It is the simplest thing in the world, but people don’t do it,” he stated.

“I think too many times we want to just disrupt or build an application but we don’t really do the market research around whether the need for it is really there and whether it is going to scale.”

Ducasse explained that a challenge his company often faces when developing solutions for large corporations, is clients wanting to over-complicate the product by adding every possible functionality.

“And what we learned, in the several years of doing what we are doing, is that’s the last thing you need to do.”

He added that developers should pinpoint their unique selling point and solution, and hone in on that.

“If you look at Google, they have a number of different services and applications, and yet they launched ‘Google Search’ and ‘Google Maps’, etc. Why would they do that? Because they know that customers think in terms of one specific requirement that they need.

“If you look at WhatsApp, it is just chat. WhatsApp could have also added transport into it, but they didn’t – because they know the way customers think… Uber is the same example.”

He went on to say that once these apps and services have cornered the market, however, they can start adding additional solutions and services. One example of this is UberEATS, where Uber is making use of its user and driver base to offer a food delivery service.

Google, cloud-based services, and software development kits (SDKs) mean that tech start-ups do not need to have huge development teams to create their solutions. All the tools they need are already on the web.

Ducasse advises entrepreneurs to make do with solutions already out there, rather than trying to reinvent the wheel.

“If you want to be hosting, you can just go to Amazon Web Services, and you have hosting,” he said, giving an example.

“Today you don’t have to have a networking team to build this and a product team to build that. You just need to pull the best of everything that is already in the world.”

“They did not have to buy cars themselves, they are just putting out a platform and connecting the existing supply with the existing demand already in the market.”

He added that in tech it is important for models to be proved as early on as possible, and entrepreneurs should first introduce a minimal viable product (MVP) that doesn’t require a huge investment. Once the MVP demonstrates proof of concept, the product can be further developed.

5. Be agile and learn fast

Finally, Ducasse said that tech entrepreneurs need to be willing to admit when something is not working – so that they can learn and adapt.

“Being okay with failing has led to where wiGroup is today. It is about failing, learning, and changing… and this is a key principle for any business.”