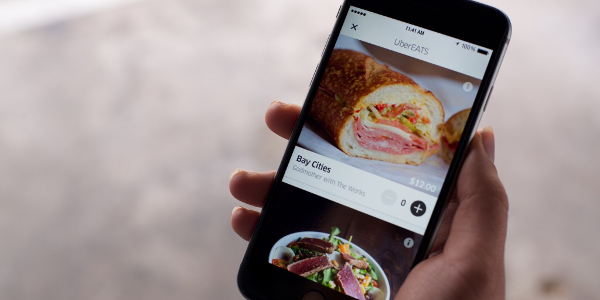 Uber has branched out into food delivery in Johannesburg with the launch of its UberEATS app. The global company hopes to use the service to learn more about the potential for other logistics solutions in the South African market.

“I think in terms of logistics there is an incredible opportunity for Uber,” says David Kitley, the company’s operations and logistics manager for sub-Saharan Africa.

“We have launched UberRUSH – our logistics platform –  in a number of international cities, off the back of a successful UberEATS launch. So we are going to be using UberEATS as that first test case in Johannesburg to better understand the market, what consumers are looking for, as well as logistics. And then we can start looking at what we can complement.”

At the moment UberEATS has about 85 restaurants signed up in Johannesburg’s northern suburbs and – while it is a separate app to its traditional taxi-hailing service – it taps into its existing driver base who can now earn additional revenue through food delivery. It is also experimenting with drivers who have two-wheel vehicles and are looking for additional income.

“It is very similar in characteristics to how Uber works in general. What we are seeing so far with those that are signing up for UberEATS with two wheels… is that they are either coming from existing restaurants or other industries they provide services to – like pharmaceutical, tech, and other platforms. So this is just an additional form of income for them.”

The UberEATS mobile platform works similarly to other food-ordering apps already in the market, such as those developed by Mr Delivery and Domino’s Pizza. The app allows users to order from the menu of restaurants within a 4km radius and specify any special meal requirements. Users are then given an estimate of how long the order will take and can track its progress – for example, they can see when the meal is being prepared by the restaurant, and when it has been picked up by the driver.

While this isn’t new in the food-delivery market, UberEATS hopes to distinguish itself from competitors by signing up restaurants that customers wouldn’t typically find listed on fast-food ordering platforms such as Mr Delivery.

“We have got a couple of interesting brands on board that are both casual dining and, in certain senses, fine dining,” adds Kitley. “So [it is about] understanding that upper end of demand and upper end of restaurant experiences that customers are looking for, as well as a quick service.”

Uber charges restaurants a service fee to have access to the platform and another for every order processed. Customers are charged a flat delivery fee of R20 (US$1.47).

And to attract consumers to the platform, all UberEATS users are given R100 ($7.33) off their first order.

Opportunity in other African markets

According to Kitley, the aim is to roll out UberEATS across the rest of South Africa sometime next year, depending on how well the pilot phase goes in Johannesburg. He notes that there is also an opportunity to introduce both the food delivery and courier service into the other African markets in which Uber has a presence.

“We are definitely looking beyond South African borders here,” he says.

“However, we can only do this off the back of a very strong existing business… Logistics in [African] markets can be characterised similarly to how it has been done in Johannesburg, where a solution like Uber has been incredibly successful and it thus means there are incredible opportunities for UberEATS – and then our UberRUSH logistics – in those markets, when the time is right.”