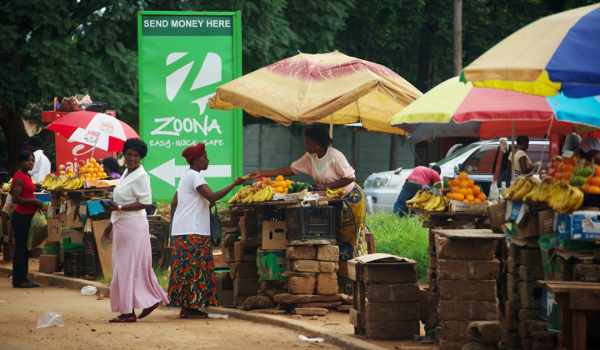 Disrupt Africa last week released its ‘Finnovating for Africa: Exploring the African Fintech Ecosystem‘ report, which looks at key trends in terms of the location, focus, fundraising successes and chances of acquisition of fintech start-ups. We asked Tom Jackson, co-founder of Disrupt Africa, about the report’s major takeaways.

According to Disrupt Africa’s recent report, there are over 300 fintech start-ups active in the continent. I assume some of them are high-potential, fast-growing enterprises, while others are struggling for survival?

We have done the best we can to ensure that all the ventures featured are high-potential companies that have achieved some notable landmarks. There are, obviously, some key differences between some start-ups and others, especially when it comes to the levels of funding secured and the size of the team, and scope of growth that results from that.

The extent to which Africans are lacking access to formal financial services means there is an innate potential in fintech on the continent, as evidenced by the fact there are more than 300 companies working in the space. However, there is a danger of saturation, especially in segments such as payments and remittances, and we would hope to see some consolidation over the coming years as there is not room for so many individual companies to all scale and succeed.

From all the start-ups you’ve come across to produce this report, which one do you personally believe has the greatest potential?

Pretty tough question. There’s a great variety of different start-ups with different focuses, but I’m especially keen on companies that are tackling informal markets. These are huge, untapped spaces, with so much of Africa’s GDP passing through informal sectors, but very few companies actually tapping the opportunities there. Companies like South Africa’s Nomanini and Zoona have spotted the potential for massive scale here, and are well-funded as a result.

But there are start-ups with great potential in many sub-sectors of the fintech space, so picking one or two hardly seems fair. What is exciting about many of the start-ups on this list is the extent to which they have expanded to new markets very quickly, in some cases even outside of Africa.

According to the report, fintech start-ups in the continent have secured over US$90m in investment since 2015. Give us a profile of these investors – are they wealthy individuals, corporates or venture capital funds?

It is quite a fair spread across all of those, which is testament to the attractiveness of the fintech sector to investors of all shapes and sizes right now. So while you have major institutional investors – like Amadeus, Accion, MMI, 4Di, and Grovest – you also have a host of angel investors, as well as corporates such as Barclays. Investment is coming in from all types of sources, both Africa-based and internationally.

What, according to you, have been some of the more noteworthy fintech investments over the past year?

Zoona’s $15m round last August was major, with Nomanini also raising [funding]. In the payments space, Nigeria’s Flutterwave raised a sizeable round. It has also been interesting to see so many blockchain start-ups raising funding – notably BitPesa, Custos Media, The Sun Exchange and BitFinance. In fact, our data suggests that blockchain start-ups stand a greater chance of securing investment than any other type, with almost 40% of African blockchain start-ups backed so far.

According to your report, the payments and remittances market is the most popular sub-category within the fintech space. Why do you think that is?

Moving money between African countries, and in and out of Africa, is an expensive business – with transaction fees charged by banks and traditional remittance firms, such as Western Union, starting as high as 10%. Even the advent of mobile money has not done as much as it should in addressing this issue, with a lack of interoperability still hampering the space. Tech-enabled payments and remittances start-ups can bring these prices right down – often to around 2% or 3% – and open up new economic opportunities for Africans.

Thus, the space is very popular, if not overcrowded. As noted earlier, we do expect some consolidation to happen here, either by start-ups joining forces or by some dropping out of the game. We’re very much in a “land grab” stage at the moment, but I would expect the payments and remittances space to calm down and shrink a little over the next few years.