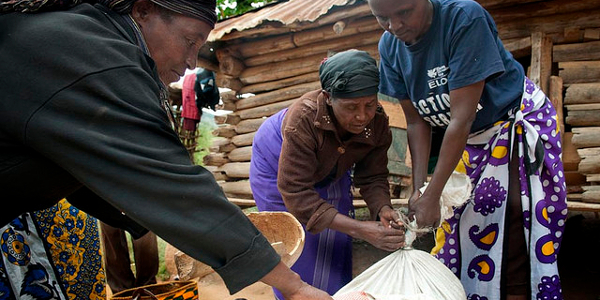 Agriculture – especially small-scale farming – is a vital part of the African economies. The sector employs most of the continent’s labour force and contributes to an estimated 25% of GDP, with smallholder farmers producing up to 80% of the food in sub-Saharan Africa.

But despite its significance, the sector’s potential remains mostly unrealised. This is largely due to farmers’ lack of access to adequate financing, according to the recently-released Africa Agriculture Status Report 2016 by the Alliance for a Green Revolution in Africa (AGRA). While commercial bank lending for agriculture amounts to US$660m per year, the research noted there is still considerable untapped capacity. In addition, funds generally have not reached smallholder farmers – many of whom remain unbanked and do not possess the assets needed for traditional financing collateral.

There is a growing consensus that Africa requires innovative strategies to meet its agriculture investment needs and the report highlights some areas where the private sector can get involved.

A warehouse receipt system can provide a solution to the lack of assets that limits small and rural farmers from accessing traditional capital. Warehouse receipt systems allow farmers to store goods in return for a receipt. This means that they can sell their produce at a later time, when prices aren’t slumped due to high supply. In addition to providing a secure place to store produce, farmers can also collateralise their warehoused commodities to cover credit from financial institutions.

“As an innovative credit tool, warehouse receipt systems, among other benefits, reduce the pressure on the farmer to sell the commodity immediately after harvest, when prices are normally low and reduce post-harvest losses.”

However, these warehousing systems have not yet been widely adopted in Africa. There are two main challenges. The first is securing the resources to manage the system. The second is convincing farmers to choose storing their produce until it reaches a better price, over selling immediately after harvest. Regulations enabling bankers and insurers to accept stored produce as collateral will also need to be introduced.

Microfinancing remains a vital source of capital for agricultural producers. Initiatives such as Kilimo Biashara, Equity Bank’s risk-sharing programme in Kenya, have leveraged technology to develop new ways to provide loans to farmers.

But while the adoption of ICT has helped micro-financing institutions lower the costs and risks of lending, their operating expenses still remain well above global levels, noted AGRA’s report.

“African microfinance institutions are also still unable to fund larger and long-term loans that are necessary for effective agricultural value chain development. The interest rates they charge for their products remain unaffordable to farmers and to enterprises that they serve.”

However, mobile banking and payments have managed to drastically cut transaction costs and there is a wider opportunity for them to facilitate access to financial services such as insurance, savings and credit. In addition, digital financial services generate data to help lenders de-risk their offering by better understanding small-scale farmers and the rural economy.

“To improve information about a borrower’s intentions and ability to repay their loans, psychometric technology is used in various countries like Malawi and Kenya, while biometric technology is a cost-effective way of applying ‘Know Your Customer’ requirements when enrolling rural clients who often do not have identification documentation.”

Crowdfunding is an innovative financing model that uses the internet to connect borrowers with multiple individual lenders or donators. One example in Africa is Kiva, which allows people to provide loans to low-income and underserved entrepreneurs and students with repayment rates as high as 98.7%, notes the report.

“This exciting phenomenon is spreading across the developed and developing world and into sectors such as agriculture and agribusiness.”

Other platforms, such as Kenya’s M-Changa and South Africa’s Thundafund, have also popped up, and there is an opportunity to extend this financing model to better fund Africa’s smallholder farmers.