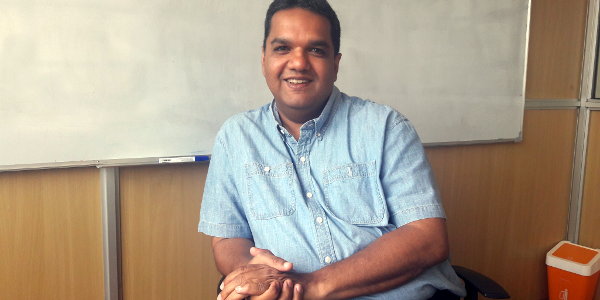 Sometime in the 1940s, a 12-year-old Indian boy, the oldest of seven brothers, travelled to Kenya on a steamboat. He got a job, later started a trading business, and brought in his brothers from India, one by one. By the time the fourth brother was making the trip, some restrictions were introduced against Indian immigration into Kenya. Since the boat wasn’t allowed to dock at the port of Mombasa, he went on to the next stop – Dar es Salaam, Tanzania. Eventually, the seven brothers and their families settled across Kenya and Tanzania.

Over a span of about 60 years, and three generations, they have built a large conglomerate called the Sumaria Group, with interests in plastics, agro-processing, beverage bottling, cement manufacturing and real estate.

One of its subsidiaries is Silafrica Plastics and Packaging International, a business that owns factories in Tanzania, Kenya, Ethiopia and Uganda, and sells to multiple countries within and outside Africa. Established in Tanzania in 1967, Silafrica services both corporate and retail consumers with its wide array of products that include water tanks, crates, PET bottles, pens, containers, chairs, tubs and clothes hangers.

From Tanzania to the rest of Africa

In 2011, Silafrica embarked on a growth strategy to expand to 10 countries within 10 years.

“[We have] this innate desire to keep expanding the business outside of our own country,” says Akshay Shah, managing director of Silafrica.

Silafrica had attempted, and failed, to establish a footprint in West Africa and the Middle East. Back in 2004, when the company only had factories in Kenya and Tanzania, it set up a plant in Nigeria to produce cooler boxes for Coca-Cola. That venture failed due to operational challenges. Another expansion attempt in the UAE, this time making plastics for the automotive industry in Europe and Asia, went south as the auto industry suffered in the wake of the 2008 global economic crisis.

These experiences prompted Silafrica to change strategy and focus on growing its base in East Africa. Although its two factories in Kenya and Tanzania were owned by the same family, they operated as independent companies. This was a big weakness as Silafrica missed out on synergies.

Shah and his team began reorganising the business, changing the way its management teams were structured and functioned.

“In the past we would have managers in Tanzania, for example, who would not really see the point of collaborating with managers in Kenya. Or we would have talent in Kenya who could pop into Tanzania for two days and help them sort something out, but they would rather go to India or somewhere else and bring an engineer. There was no lateral ability, intent or willingness to collaborate across [the two countries] like that, even though the ownership was one.”

Since 2011, Silafrica has opened a plant in Ethiopia, an innovation hub in India, and constructed a factory in Uganda that is set to begin operating later this year.

In March, private equity firm AfricInvest Capital Partners announced an investment in Silafrica. According to AfricInvest, the partnership will see Silafrica expand geographically and increase its product range “to capture a higher share of the significant growth expected in the plastics and packaging sector across African markets”.

Working with outside investors

While some east African families are reluctant to sell part of their company shareholding to outside investors, this is the third time a Sumaria Group-affiliated business has taken on private equity investment. It has previously inked deals in both the pharmaceutical and FMCG sectors.

Family businesses and private equity are usually worlds apart, particularly because private equity firms invest with a view of selling their stake after a few years, while families tend to want to hold on indefinitely. However, the Shah family takes a different view.

“We are quite comfortable to start businesses, grow them, and sell them. As the Sumaria Group we have already done private equity deals twice, in pharmaceuticals and in detergents. In every one of them we have had a successful track record in either acquiring, or starting the business from scratch, growing it up to a certain point, bringing in a private equity partner, growing it further, doing part exit to a strategic, growing it again and then doing a final exit. To us, that is our family business.”

“We don’t look at family business as a parking lot to park family members into a job,” notes Shah.

At Silafrica, for example, Shah says only two family members from the second generation (him included), and one from the third generation are involved.

Although involving outsiders requires much more effort, the strategy has paid off.

“If I had my relatives running different functions [of the company], I wouldn’t need as much systems, controls, and processes. But because we are trying to run a professional organisation, trust has to be replaced by systems, accountability, strategy, and performance evaluation. But when a company is built on those foundations, it is an investable business. It is also a company you can sell because you have got a strong management and leadership team with mature processes. You won’t just be selling the building and the machinery.”