During a recent KPMG Africa Conversation Series session, executives from KPMG, Helios Investment Partners and the Tata Group shared some insights into a variety of topics related to Africa’s investment environment. Here are the highlights. 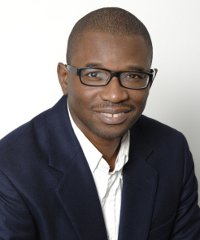 “The first mega trend … is the natural resources game, which is mining, oil & gas and more and more so agriculture as being big investment area opportunities,” said Bashall.

“The second part … is the billion people who are very young and are rapidly urbanising, and responding to the growth opportunity created by the natural resources environment. That is creating a massive middle class who has money to spend, and as a result consumer demand is massive. [It] affects telcos, it affects banks, insurance companies, retail organisations, and food and distribution companies.”

The third mega trend is Africa’s massive requirement for infrastructure. “There is a great need for big investments into power, into transport – whether it be road, rail, ports, airports – to respond to the needs of the natural resources demand and consumer demand,” Bashall explained.

Henry Obi, chief operating officer of private equity firm Helios Investment Partners, said that although Africa’s coastal areas and cities are well covered in terms of telecommunications infrastructure, the rural areas still offer major opportunities. “There is a large [number] of Africans that live in the rural areas. Now how do you get to the rural customer? That involves a lot of capital expenditure in building up that infrastructure.”

Obi’s firm has invested in Helios Towers Africa, a company that builds mobile communication towers and then leases space on the towers to network operators. “We have seen the opportunity within the telecom space where telecom providers don’t have to roll out their own infrastructure, they can give that to someone else to do, and spend the money on content and providing a better service to the customer.”

Dapo Okubadejo, a partner at KPMG’s Nigeria office, added that although mobile voice services might not offer much growth potential, there are still opportunities in providing data services as well as under-sea fibre optic cables.

Consumer goods hot spots: Okubadejo said that Africa’s consumer boom is driven by the “aspiration of an average African to gravitate towards the middle class”. But which are the best countries to invest in for companies looking to target the African consumer?

Raman Dhawan, MD of Tata Africa, said that when it comes to manufacturing, many of the markets in Africa are still too small to justify establishing factories. “Wherever I go, the leadership always asks me, what are you going to do locally here? What are you going to manufacture? The big problem is the volumes are not there, because each country is separate.” He noted that South Africa and west Africa are the most lucrative markets from a consumer goods point of view.

Obi, however, said that companies should target east Africa from a regional perspective, rather than the individual countries. “There is a lot more integration in east Africa, than in west Africa.”

Skills shortage: Africa has a significant shortage of management and specialised skills. “There is a lack of depth of resources that the world outside of Africa is used to, in terms of actually running the operations that companies are investing in. The human resource risk is a very key risk,” said Bashall

Obi agreed, saying that although many highly educated Africans are returning to the continent, human resources are still one of the biggest challenges facing his company. “We look for the best talent globally … We don’t care where the talent comes from, as long as it is the best talent we can get.”