M-PESA has changed the way money moves around in Kenya and has made a big difference to many people’s lives, offering them a safe, secure and low-cost way of transferring money, paying bills, receiving wages and running small businesses. At the time when M-PESA was still merely an idea, mobile commerce expert Susie Lonie was recruited to develop and manage the project on the ground in Kenya from pilot to commercial operation. Lonie was recently also the joint winner, together with Nick Hughes, in the Social and Economic Innovation category of The Economist’s Innovation Awards 2010. In an exclusive interview with How we made it in Africa, Lonie talks about how M-PESA’s success surpassed her own predictions and shares her thoughts about the future of mobile banking in Africa. 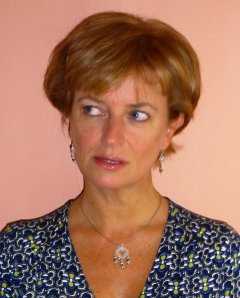 Since its official launch in 2007, M-PESA has become incredibly popular in Kenya; were you surprised by the product’s rapid growth?

From very early in the project I felt certain that we were onto something pretty big with M-PESA. However, I would never have predicted anything like the growth we experienced. I remember a month after the Kenyan launch the Safaricom CEO called us to his office and said he wanted us to triple our year one target. We thought he was joking but in fact we achieved this new target in the first eight months.

What were the major challenges of initially getting M-PESA off the ground?

We had too many challenges to mention, but the two that probably caused us the most sleepless nights were: firstly the lack of clarity regarding our legal position in offering a money transfer service in a market where M-PESA was not formally regulated was extremely difficult; until almost the last minute we feared that the regulator might prevent the launch.

Secondly, creating a network of local shops to act as agents for deposits and withdrawals was very challenging for an unproven service, particularly when the agents were required to put their hands in their pockets and deposit money into our bank account in return for e-money.

M-PESA has not been able to replicate its popularity in Kenya on the same scale in Tanzania, why is this?

It is true that the Tanzanian market has been slower to get started but this is due to a number of factors. The Kenyan market conditions were perfect for the M-PESA launch and we followed an expensive and ambitious “fast growth” strategy. In Tanzania, the local infrastructure is much more challenging, and for business reasons we pursued a less resource-hungry “slow burn” strategy from which we are starting to see very strong results but taking rather longer to achieve.

M-PESA was recently also launched in South Africa, a country where banks such as Absa and Standard Bank already have their own mobile money transfer services. Do you think M-PESA will achieve the same success in South Africa as it has in Kenya?

The South African market is very different with a well developed banking infrastructure, but with many millions of unbanked citizens with just the same need for access to financial services as in east Africa. The banks’ mobile services still require the sender to have a bank account making them more about “rich-to-poor” transfers, and whilst the recipient can be sent money, they do not have an account with which they can transact.

The big difference with M-PESA is that anyone with a ten dollar mobile phone can participate in financial services, even if they have never set foot inside a bank. The opportunity in South Africa is at least as big as in Kenya and the more developed business infrastructure opens up many opportunities for M-PESA to be extended to allow the unbanked to participate in formal financial services.

What’s next for mobile money services in Africa?

Already in Kenya, M-PESA customers can have a savings account held in a bank but only access it via M-PESA, and never set foot in a banking hall. In Tanzania, customers have been able to top up their prepaid electricity through M-PESA without needing to travel to a licensed vendor of electricity vouchers for nearly two years.

This kind of integration, where M-PESA is an access channel to many kinds of payment and banking services, will continue to grow. One day in the not too distant future products like M-PESA will be accepted by the banking community as just as obvious an extension of their portfolio as internet payments have become.