With the start of crude oil production in Ghana in 2011, it was expected that the city of Takoradi would benefit immensely. The city, situated in the western part of the country, is the closest port to Ghana’s offshore oil fields. 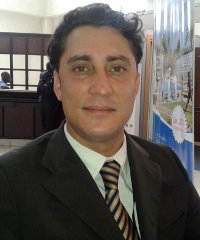 “Takoradi on Ghana’s western coast is dusting off her dance shoes to get ready for the good times. The city has passed its prime and some even say it’s a ghost town. But a promised oil boom means people are blowing new life into Ghana’s main twin city,” wrote a local newspaper in 2010.

Takoradi certainly seems to be attracting a lot of attention. Hotel brands such as Protea and Best Western have announced new facilities in the area. Last year the Renaissance Group also said it will develop a new mixed-use urban development, called King City, to be located 10km from the port. The port facilities are also being upgraded to accommodate increased sea traffic. Takoradi’s local magazine is aptly named Oil City.

To find out if Takoradi is living up to the hype, I sat down with property developer and hotelier Edward Butt on the sidelines of the recent Africa Hospitality Show in Ghana’s capital Accra. Butt’s family has owned the Planter’s Lodge hotel in Takoradi for the past 18 years. He is also developing a gated community of luxury serviced apartments in the area, called Plantation House.

“Since the onset of oil and gas, we now have huge inward development in the area,” says Butt. He notes that the average occupancy rate of the Planter’s Lodge hotel was over 80% last year.

The new gated community is targeting oil executives and consultants working in the area. According to Butt, the houses will have every modern facility a top executive would require.

“We are looking at honing in on the top-end executives, looking at accommodating that top tier of the market. If you look at the apartments, you would probably find that the executives and the decision makers in the company would be given those sorts of properties, because some of these gentlemen will come down with their wives, potentially their children… The development of such style of properties will incentivise more quality workers [to come] into the area, ultimately helping the oil and gas companies to get the required staff that they need,” he explains

Butt says that besides the oil industry there are other forces driving growth in Takoradi. He says the Western Region is one of Ghana’s top tourist locations and the country’s growing middle class are increasingly holidaying in the region. The area is also attracting visitors from other West African countries, especially Nigerians. The growth in tourism is further boosted by the introduction of more flights into Takoradi.

Despite all Takoradi’s potential, Butt says the city’s infrastructure is under pressure. Although there are many plans to improve the road network and power supply, this is not moving ahead fast enough.

It is expected that thousands of professionals will descend on Takoradi over the coming years.

However, some think many of the oil industry staff will continue to be based in Accra, rather than locating to Takoradi. “The little research that I have done tells me that a lot of these companies that are coming are still maintaining a huge presence in Accra, and most of their people are still here,” says Harry Quartey, CEO of residential property development company Emerald Properties.

Quartey does however, see opportunities in Takoradi, especially for serviced apartments, as he believes many oil people will only be in Takoradi on a short-term basis.

Is the boom town effect in Takoradi then perhaps exaggerated? Butt says that even if a small percentage of the projected oil industry professionals move to the city, it would still be enough to fill up his properties.