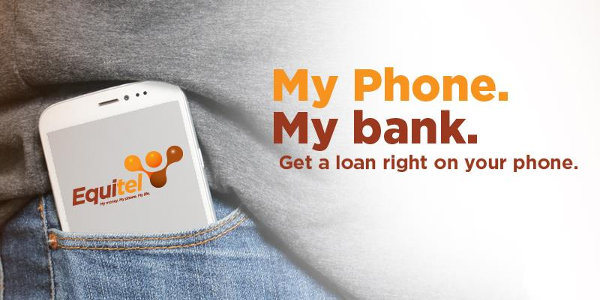 Kenya’s Equity Bank has traditionally been known for long queues at its branches, inspiring jokes about how many of its customers spend hours waiting to transact small amounts of money. After all, its rise from a technically insolvent building society in 1993, to one of the leading financial institutions in East Africa, has much to do with its strategy to offer banking services to low-income earners ignored by other lenders.

And as the bank grew, so did the congestion in banking halls, which eventually put off some customers.

But a mobile phone-based platform, called Equitel, is changing all this.

It all began in 2014 when the Kenyan regulator granted Equity Bank’s subsidiary, Finserve, a mobile virtual network operator (MVNO) licence. Essentially a MVNO offers mobile communication services without owning its own network infrastructure. MVNOs typically use the network infrastructure of an existing mobile operator to provide services to consumers under their own brands. In Equity Bank’s case it has partnered with Airtel.

Equitel was officially launched last July, and began issuing SIM cards to customers. Once fitted in a mobile phone, Equity Bank’s customers can access a toolkit on the menu that gives them options to borrow, send, receive and withdraw money. And like traditional mobile networks, one can also make calls, send messages and access the internet.

The mobile banking platform is what Equity Group CEO James Mwangi describes as a “massive transformation” to a digital bank.

More than two-thirds of all Equity Bank loan transactions carried out in 2015 were processed via Equitel. Transactions at the counter and at ATMs are beginning to “shrink significantly” as many retail clients switch to the mobile platform. This decongestion in banking halls is also having an impact on employee expenses – 660 staff exited the bank last year and a further 5% shrinkage in staff costs is expected in 2016.

Although Equity says it will not shut down branches, they will mostly serve a different clientele – SMEs and corporates.

“The branches will now grow an SME corporate bank, and the old bank has gone virtual. We will see the branches significantly contributing more revenue because they are now doing high value business. We are also seeing diversification of branch income because they are able to do custodial, brokerage, advisory services,” explains Mwangi.

“However, not everybody will move to virtual banking so the branches will still be necessary to serve slow adopters for as long as they want. The two banks will exist side by side.”

Most banks offering mobile lending in Kenya only allow micro-loans where the credit limit gradually grows based on the customer’s repayment habits. However, Equity is moving its usual lending to the digital platform, allowing customers to access loans of up to Ksh.3m (about $30,000) via their mobile phones.

He attributes the success of the bank’s digital strategy to substantial investments in information technology over a period of two years. In 2014, the bank hired Raphael Hukai, a former IBM employee, as its first chief information officer. Although a significant investment, Mwangi says the digital strategy is paying off. The bank is benefitting from convenience and “enormous reduction” in operational costs and deficiencies.

“The future [will] be driven by digital banking, not brick and mortar [branches].”