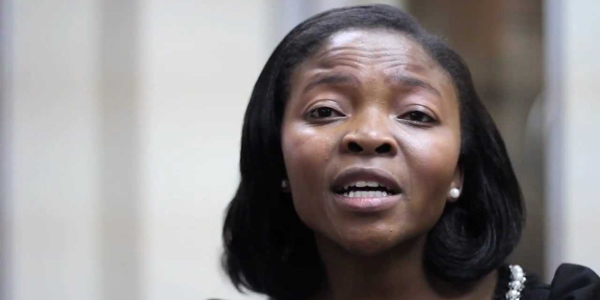 “Entrepreneurship helps you gain a new sense of self-awareness. You start to understand who you are. You start to realise your strengths and start to see another side to yourself that you didn’t know even existed.”

So says South African Ntsoaki Phali, founder of Beyond Ability Talent Solutions and the recent winner of the 2017 Woman of Stature’s Woman Entrepreneur of the Year Award. Her company, started in 2009, specialises in the recruitment, training and placement of people with disabilities into employment. It also works with firms to help them adapt their workspaces to better cater for employees with different physical capabilities and has worked with large clients that include the likes of Discovery Health and Volvo.

In 1998 the South African Department of Labour introduced the Employment Equity Act, which aims to protect employees from unfair discrimination and ensure that businesses play their part in readdressing the social and economic imbalances in society by providing qualified people from marginalised groups with better employment opportunities. These include the racial groups that have been left disadvantaged under the apartheid regime, as well as women and people with disabilities.

For companies with 50 or more employees, or with a turnover higher than the industry-specified threshold, non-compliance with this Act can result in significant fines – ranging from 2% to 10% of a company’s annual turnover. On the other hand, those businesses that do comply can receive tax benefits. Either way, businesses in South Africa are incentivised to meet the Act’s employment equity standards and ensure diversity in their workforces.

Phali became aware of this while working as the human resources coordinator at South African Breweries during 2008 and 2009. She had been mandated to employ people with disabilities, but struggled with the task.

Assessments needed to be conducted to determine the specific needs and capabilities of each person living with a disability, as well as to ensure that companies were prepared to take them on. For example, can the workplace accommodate a guide dog? Or are the desks the right height for someone in a wheelchair? And has the company outlined adequate evacuation procedures to protect those with disabilities in case of a fire?

“There was so much more to it… This had to be done properly and I just needed someone who could make sure all the boxes were ticked.”

But this complexity around hiring people with disabilities required a specialised service, and Phali struggled to find a recruitment agency with a one-stop-shop solution. It wasn’t long before she started thinking about how she could provide the service herself.

In 2009 she quit her job to start Beyond Ability Talent Solutions. “I still don’t know what got me to actually [take the leap]. But once the entrepreneurial bug has bitten you, I think you are just so zoned in and captured by your vision that you just fly with it.”

Phali started her company at a time when she was going through big changes – including a divorce – and admits she is not sure why she entered into the unstable and unpredictable world of entrepreneurship at that stage.

“I think I just felt this very strong sense of urgency that someone had to do this; that it had to be done now and I had to be the one to drive the change,” she explains.

“There was no business plan at the time, no cash-flow or research. I just started from zero. And yes, a year later I learned certain things I should have done back then.”

For instance, she spent a great deal of time in the beginning building the brand and complying with regulations – but not enough effort was directed towards earning revenue. She also did a lot of work for clients – such as educating them on the needs of people with disabilities and finding potential employees – only to have clients decide not to employ them in the end. In fact, it took 18 months in business before she could send out her first invoice.

“The lows for me [as an entrepreneur] varied from repossession to eviction,” she notes.

“In recruitment you have to do the work first without being paid… And after doing all the work you might find that a candidate might choose not to accept the offer, or a client might decide to [end] the opportunity, even after it has been [advertised] for two months… You can’t always be certain an order can convert.

“And then, as a small business, when a big business tells you they can only pay in 90 days or 60 days, we accept those terms because we are desperate for business. We rather bow down to these terms than take nothing at all.”

Today, Phali says she has learned to properly manage cash flow and negotiate better deals. She has also put systems in place to help her differentiate between clients that are serious and those that are not.

“I’m glad I had to learn those [lessons]. If the terms [with a client] are not favourable for our business then it’s not worth going into,” she emphasises.