Eleven years ago Kenyans Kalpa Padia and her late husband Rajesh faced a dilemma. For over a year the pair had been making cheese, and had accumulated more than seven tons of their product. 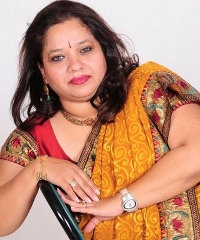 Cheese making was their passion, but, as they were involved in another family business, they did not pay much attention to selling their cheese.

“It started as a hobby. Every day we bought 200 litres of milk. We just kept making cheese. At one point I had seven tons of cheese and I did not know where to sell it,” says Kalpa.

The pair decided to focus their attention on building their cheese making business, Raka Milk Processors.

“They wanted 500kg of cheese a week. Even if I made cheese every day I would not be able to give them 500kg a week,” says Kalpa. “To meet the growing demand, we acquired a locally made 1,400 litre tank and we haven’t looked back since.”

Today, Raka Milk Processors collects up to 9,000 litres of milk and produces 900kg of cheese daily.

According to Kalpa, the cheese market in Kenya has expanded exponentially in the last decade, opening up opportunities for producers like her.

“The cheese eating culture has changed since 2005. A lot of people have done a bit of travelling and they know how to eat the different varieties of cheese. We have so many expatriates here and that also helps. We used to make only five varieties but now we make 11 varieties.”

Raka Milk Processors products are also sold in supermarkets across East Africa and distributed to leading hotels and restaurants. The business targets high-end and middle class customers who are quality conscious.

Raka Milk Processors is in the final stages of expanding its manufacturing facility in Nyeri, a two-hour drive north of Kenya’s capital Nairobi. This will double the firm’s production capacity to 18,000kg of cheese per day.

Kalpa says the growth of Kenya’s middle class has had an impact on her company’s growth.

“A lot of people don’t realise they are eating cheese, but look at the number of pizza places around here,” says Kalpa. ”You will be surprised by how big the cheese market is here. There is huge potential.”

According to Kalpa, the cheese market is expanding in other East African countries as well, particularly in Juba, South Sudan due to the many diplomats, volunteers and foreigners working with the United Nations.

The major challenge the business faces is the pricing of the key raw material, milk, which is controlled by large corporate firms.

“The big players hold a reign on the pricing of milk. It makes things difficult for small players like us. Kenya produces 32bn litres of milk a year but not even half of that goes to processors,” says Kalpa.

When her husband died three years ago, Kalpa took over a more active role in managing the business.

“Now it has become my passion. Earlier I used to think I was living his dream, now it is my dream too,” she says.

The art historian who grew up in India hopes to see Raka Milk Processors expand across the whole continent.

According to Kalpa, fast food chains and international food brands expanding into African countries will increase the consumption of cheese on the continent. As Africans eat more pizzas, salads and burgers, the demand for cheese will grow.

“I want Raka to be the top cheese making company in Africa. There is opportunity across the whole of Africa. I want to reach the whole continent before we begin exporting to the rest of the world. We also want to have new product lines like yoghurt.”

Despite calls from her parents to return to India, Kalpa plans to stay put in Kenya because the challenges of doing business in East Africa “are not as huge as they are in India’”, she says

She draws on the support of her family and employees, and her passion for cheese making.

“Sometimes it is very difficult being a single mother with two children, running a business and a family,” says Kalpa. “To succeed, you must have a passion for whatever you are doing. Every problem comes with a solution. Sometimes the solution comes a bit late, but it does come, eventually.”