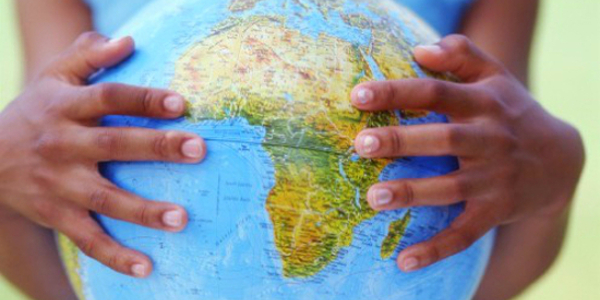 I think these are exciting times to be an investor in this space. Carlos Hardenberg and Chetan Sehgal share the Templeton Emerging Markets Group 2018 outlook, and highlight some areas of potential opportunity they see in these dynamic and ever-changing markets.

A range of opportunities, especially in Asia

We think right now Asia is the most exciting region in emerging markets. It offers a range of opportunities, from China, South Korea, India and Taiwan to countries such as Indonesia. As fundamental stock pickers, we are equally excited about individual opportunities in other parts of the world, in places like Russia, which has recently fallen out of favour. In such situations, we are finding companies we regard as extremely well run, growing at a fast pace, and providing exposure to key themes such as economic growth, demographic changes, and local consumer trends. Indeed, the relative “unpopularity” of these markets means that we have been able to add exposure to fundamentally strong companies at prices we considered quite attractive.

Similarly, we’re finding opportunities in Latin America. Brazil has just emerged from a prolonged recession and faced several challenges, including high unemployment and huge corruption scandals, but we are generally positive on the possibilities within that market given the new emphasis on reform efforts. We are also finding appealing investments in other countries in Latin America, most notably Argentina.

Last but not least, we are very excited about frontier markets around the world, not only in Africa but also in Asia and Latin America. We view these markets as offering the opportunities of tomorrow, ideally for longer-term investors with a time horizon of over five years.

The aggregate sector weights of energy and materials in the MSCI Emerging Markets Index have fallen from approximately 40% around a decade ago to about 14% as of October 2017, with the weights of information technology (IT) and consumer companies steadily increasing. IT now commands the highest weight in the index at around 30%, a result both of recent outperformance versus the overall index, as well as the rise of a number of large IT players, not only in South Korea and Taiwan, but also in China. Moreover, emerging market IT companies are no longer merely supporting developed-market products by making components or licensed devices; they are actually developing branded technology products that are exported to the rest of the world, gaining traction and market share.

Technology in general is leading to greater efficiencies and innovation, enabling a company to grow faster, gain a competitive advantage and build a fairly large market share that protects the business for a long time. Opportunities in the IT sector can take many forms, such as e-commerce business models, as seen in Latin America; companies that develop automobile-related IT components out of Taiwan or South Korea; or digital banks in Asia and Africa.

For example, the automobile industry is witnessing a transformation to more energy-efficient electric vehicles, and many emerging market companies are gearing up to play a dominant role in producing solutions not only in terms of software, but also in terms of components and power. As a result, we are in a unique situation where we are finding fast-growing, cutting-edge companies in China, South Korea and Taiwan that are likely to benefit from the major transition from the combustion engine to alternative engines, including those for electric vehicles.

We also like consumer-related sectors. We believe the demand for goods and services is set to skyrocket as emerging market household income continues to grow. Vietnam alone has seen gross domestic product (GDP) per capita rise from US$500 to $3,000 in about eight to nine years, which translates into dramatically higher spending power, and these consumers are looking for goods and services. From an investment perspective, we are especially interested in companies that cater to this need with local brands and locally produced goods.

However, there may be volatility ahead, particularly as investment flows can often reflect ever-changing attitudes to perceived risk, with inflows as investors move “risk-on” and outflows as they move “risk-off” in outlook. Less mature markets tend to be heavily sentiment-driven, and so share prices in those markets could quickly reflect any skepticism. Even so, major global investors have a lower proportion of exposure to the asset class, below what we would expect given the proportion of global GDP and market capitalisation that emerging markets represent, and that could support continued inflows.