Claude Edgard Zocli is the country manager for logistics company DHL in The Gambia. Originally from Benin, Zocli has been living in The Gambia for just over a year now. He shares eight interesting facts and insights about the small West African country. 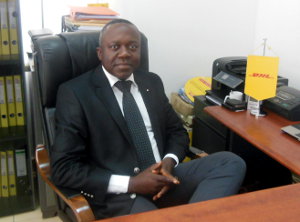 Islam is the predominant religion in The Gambia. The country is a very tolerant, peaceful and open society. “Business people however, need to be aware of the religion’s influence. Many Gambians pray five times a day and some workplaces will often have dedicated prayer rooms,” says Zocli.

The Gambia is currently experiencing tourism growth, with thousands of international visitors, mainly Europeans, coming to experience the country’s beaches, sunshine and birdlife. The main tourist season runs from October until April/May when the country gets hardly any rain. The Gambia is often referred to as the ‘smiling coast of Africa’, and, according to Zocli, Gambians’ hospitality is the country’s biggest asset.

3. Investment opportunities in agriculture and healthcare

Zocli says agribusiness and private healthcare are untapped business opportunities in The Gambia. Although The Gambia is a major producer of groundnuts, the country cannot supply its own food needs. Greater exposure to Western lifestyles has also boosted demand for imported food. Zocli says there are numerous commercial opportunities in agriculture and food industries – including processing of the abundant fisheries resources, horticulture opportunities in cultivating and processing fruits and vegetables, producing cut flowers for the export market, agribusiness and agricultural mechanisation.

According to Zocli, The Gambia also has a lack of quality tertiary healthcare facilities, which presents opportunities for private hospitals.

“Punctuality is not often observed in The Gambia and the business concept of ‘time is money’ is approached in a very relaxed and flexible manner,” says Zocli. “You need to be very patient here. People can arrive for a meeting or function up to four hours later than originally scheduled. A good idea is to first call to check if someone is at his or her office before leaving for the meeting, or advise people to come on time. Otherwise you might waste your time.”

5. Road infrastructure is better than you think

Many areas in Africa are not accessible by road. However, The Gambia is relatively well connected by road, especially the big towns. Zocli was surprised at this when he first arrived in the country. “Even though some of the roads are not in good condition, the country is quite well linked through its road network. However, the same cannot be said for other areas of infrastructure, such as healthcare and electricity, where a lot of development is still needed.”

The Gambia has a relatively small population of less than 2 million people, but this has not stopped Nigerian banks from seeing opportunities in the country. A number of Nigerian lenders – including Access Bank, Zenith Bank, Guaranty Trust Bank and Skye Bank – have a presence in The Gambia.

7. Banjul is not the commercial hub

Although The Gambia’s capital Banjul is the country’s best known city, it is not the commercial centre. Serrekunda, situated about 20km from Banjul, is by far The Gambia’s busiest city and the commercial nerve centre. Other important cities are Brikama, Farafenni and Basse.

8. Business relationships are based on trust and familiarity

According to Zocli, personal contacts and networks are important for closing business deals in The Gambia. “You can have the best product, a strong brand, the most efficient sales force, but if a person doesn’t know or trust you, if your friendships network is not rich, you cannot succeed in business. People will not buy from you. Except if they don’t have another choice.”