Are you looking to profit from the Africa growth story, but don’t feel like setting up your own business in the Congo? 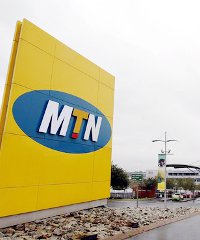 A number of South African companies have started operations in the rest of the continent. Some have been in Africa for many years, long before it became fashionable to invest, while others are more recent entrants. Claude Harding looks at eight Johannesburg Stock Exchange-listed companies that could provide investors with good exposure to the rest of the continent in coming years. The JSE is a world-class stock exchange and generally more liquid than most other bourses in Africa.

(Please note: This article should not be considered as professional investment advice.)

The Standard Bank Group is Africa’s largest bank by earnings and assets. The group has a presence in 18 African countries with more than 1,000 branches. Just yesterday the bank announced that it has launched operations in South Sudan.

Investors will however need a little patience for Standard Bank’s African operations (outside of South Africa) to pay off. Last year the Bank said that its strategy in the rest of the continent could take up to five years to show meaningful results. “We think there is a three- to five-year period to run before returns in the rest of Africa will be satisfactory,” Ross Linstrom, a spokesman for the Johannesburg-based bank, told Bloomberg.

Nampak says that its business in Africa (excluding South Africa) has the greatest potential for future growth. Within the next five years it wants to increase revenues from the rest of the continent to 25% of total group earnings. In its 2011 annual report Nampak indentified a number of opportunities to boost its growth in Africa, including capturing a larger share of the Angolan beverage can business and exporting Zambian manufactured liquid cartons to other African countries.

Last year Nampak opened a US$160 million beverage can factory in Angola, where its main clients include Coca-Cola and brewer Cuca. “We’ve been doing exports to Angola from South Africa from the early 2000s. The volumes were growing and in 2004 we had an engagement with the Angolan government. They asked us whether we want to invest into Angola and actually put up a can line there. At the time we thought it was maybe still a bit risky. We were looking at the political risk. Angola just came out of a civil war. We did a feasibility study again about two years later in 2006 and then we decided that the opportunity is there. The political situation looked better. But one of the main reasons for investing in Angola was really the size of the market. The market was growing at speed. It was literally a matter of saying, if we go in there, we already have a developed market and virtually we can sell every can we can make,” Erik Smuts, MD of Nampak’s beverage can unit, told How we made it in Africa in an interview last year.

“I am very bullish on our prospects in Africa,” said CEO Andrew Marshall according to a recent Financial Mail article. “There is a risk premium to doing business [there] … The markets are also difficult to operate in, which means there is less competition,” he added.