The Arab world has moved into unchartered territory during the past few weeks but the recent events will not derail the economic development of the region. 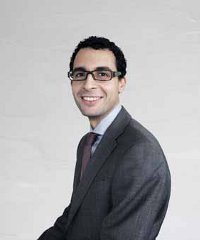 Seasoned emerging market investors know that sometimes political upheavals are part of the value creation process and that convergence hardly ever follows a linear evolution. Arab countries have in the last ten years undergone an impressive economic transformation but unfortunately have failed to solidify their political systems.

Images of people rioting in the streets don’t reflect well upon a country’s image abroad and this is especially true for countries that are popular tourist destinations. Less than a year ago, Thailand made global headlines when 150,000 protesters brought Bangkok to a standstill. The news was front page material for 3 months. Initially, Thailand paid a hefty price with vacant hotel rooms, 90 civilian casualties, and a deep correction in the stock market. Thailand quickly stabilised afterwards and ended 2010 in good spirits with record tourism arrivals and a recovering stock market.

This year, it was first Tunisia and it is now Egypt’s turn to make the headlines. Tunisia’s Jasmine revolution was unexpected but has until now been exceptionally well managed. The country has moved from riots and looting to a functioning government of national unity in a couple of weeks. It may be too early for white smoke but Tunisia seems to be back in business after following a similar type of normalisation as Thailand. Although these countries may at first sight seem very different, they actually have a lot of similarities. Both countries have an almost identical GDP per capita level of around US$9,000. They both doubled their GPD per capita in the last 10 years and are regarded as economic success stories. The catalysts for the riots in both countries are also similar as the poor felt ignored and angrily took their frustrations out to the streets. Their institutions were not strong enough to avoid clashes but they are solid enough to stabilise the country after an upheaval.

The facts on the ground in Egypt are not easy to read. A Tunisia or Thailand style transition is possible as the country has a similar socio-economic structure and its institutions go beyond the president. A less rosy scenario is, however, also possible but the worst case scenario is a military coup like the ones that Turkey experienced during its convergence path.

For investors this could mean dealing with significant volatility but they have been compensated for their patience in the case of Turkey and will probably be rewarded if they keep their confidence in Egypt.

With its combination of a young population and successful entrepreneurs, Egypt will eventually find its way back to investors’ hearts. The events of the last few weeks did not change the fundamentals of its companies nor has it altered the opportunities that its economy holds. Unlike Turkey, Egypt is not faced with a cycle of hyperinflation and has significant reserves to deal with fiscal obstacles if needed. Moreover, the main Egyptian companies like Orascom or EFG Hermes have successfully developed into global players that have only a small portion of their business that depends on their domestic markets.

Different analysts have argued that the current crisis will be spreading out across the rest of the Arab world. Contagion has become reality but it did not follow the oversimplified scenarios that were communicated in this vein. The various Arab countries may share borders, but in reality, they are as different to each other as are Chile, Argentina, Brazil or Venezuela. Each country has its own specific challenges and will follow its own path to deal with them. The current facts on the ground have shown that the vested interests of the mass population and the elite will eventually come together to avoid events spinning out of control. More regime changes may take place but the middle class and the corporate leaders in these countries will ensure that these upheavals will not derail their economies. They simply have too much to lose and will sometimes literally push politicians in the right direction.