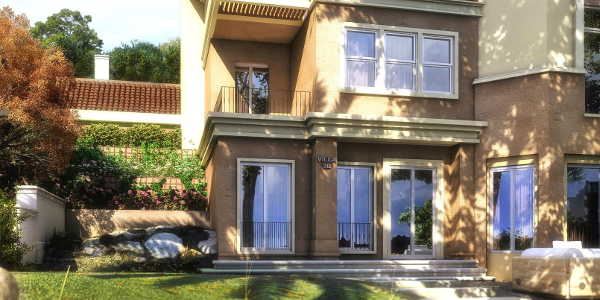 In early November, Egypt’s central bank decided to remove its exchange rate restrictions and allow its currency, the Egyptian pound, to float freely. This was an attempt to solve the severe shortages of US dollars in the market as well as a condition for an IMF bailout loan. The currency had been pegged at E£8.8 against the US dollar since March 2016, and the removal of the peg saw it quickly depreciate.

Today the Egyptian pound has lost almost 50% of its value to the dollar – currently at just under E£16. Inflation has soared as a result, despite the monetary authority raising its benchmark rate by three percentage points when it abandoned the dollar peg. In January, Egypt’s inflation accelerated to 28%.

The removal of the peg has also taken its toll on the country’s housing market. According to Abdel-Azim Osman – co-founder of the luxury real estate agency, CooingEstate.com – the property market was in a state of “complete shock” for the first few weeks after the dollar peg was abandoned. As the Egyptian pound depreciated fast, no one was sure about the value of their houses, and many refused to accept that their property was suddenly worth near 50% less in dollar terms.

“Some people just said they wanted double what they were asking for [before the removal of the peg], while a lot of people actually took their properties off the market because they didn’t know how to price them and just wanted to wait for the market to stabilise to see where they stood,” he told How we made it in Africa.

This has resulted in a slowdown in the sale of existing housing, as homeowners grapple with the difference between what they are willing to sell their homes for and what buyers are willing to pay for it.

“There is still a whole range of different prices. You can find two properties within the same gated community that are almost identical, in terms of location and all the specs, but with extremely different pricing because people aren’t sure exactly how to price their property. So that has resulted in a complete slowdown.”

On the other hand, the sale of new developments (both off plan and recent constructions) has boomed, despite these prices also increasing. In Egypt, buyers usually have to pay for existing properties with cash up front, as property rights aren’t well protected so it is difficult to enforce payments if you are an individual seller. However, developers with new constructions typically allow buyers to make payments in instalments. Shahd El-Shami, managing director of real estate agency Lodge Real estate & Property Management, says this is because developers are in a stronger financial position than individual sellers.

“It has to do with their financial status,” she explains. “They can guarantee some kind of payment, so the process is different.”

According to Osman, some developers are offering even longer repayment terms since the removal of the dollar peg. “So if [the payment terms] used to be five years or six years before the peg, a lot of the real estate developers are now allowing the buyers to pay in eight and nine years. Some have even made it all the way to 10 years in terms of those instalments.”

He says that due to the high levels of inflation, many see these investments as a way of protecting their wealth from exchange rate fluctuations. For this reason, investors are willing to pay more for a new development over a longer period of time.

“They are afraid of inflation and the price of the dollar increasing, so they are throwing [their wealth] at real estate and saying that while they are buying a property and paying the instalments over 10 years, they are fixing the price today. So even if inflation remains above 20% per year, the price that they are going to pay over the next 10 years is fixed and they can budget that into their daily or yearly expenses,” notes Osman

“So it basically [comes down to the] present value of money and people are opting, due to the high levels of inflation, to rather pay more money over 10 years than pay the full amount today.”

In some instances buyers of new developments have been able to resell their investments within 30 days for a comfortable profit as high demand drives up prices.

“What people do is they go and book a property from the real estate developer with relaxed payment terms and pay whatever the down payment is… They then just go ahead and resell that property to another individual and they charge that person whatever the down payment was, plus an extra premium… The contract is then transferred between the real estate developer and the original buyer, to the new buyer,” explains Osman.

“That actually happens a lot.”