Dubai headquartered conglomerate Al-Futtaim Group is set to acquire a Kenyan car dealer for US$86m, marking its entry into the sub-Saharan market. Al-Futtaim Group has made a cash offer for the purchase of 100% of issued share capital of Nairobi Securities Exchange-listed CMC Holdings. 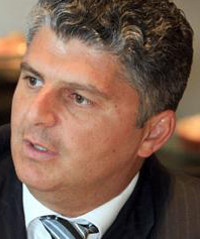 The family-run Dubai conglomerate which has interests in a number of areas including retail, financial services, engineering, automotive, electronics, real estate and hospitality operates in 20 markets. The group, which has operations in Egypt, is now eyeing other markets in Africa.

Earlier this year, Dubai-based investment bank Arqaam Capital said it would expand into sub-Saharan Africa by the fourth quarter of 2013. Untapped resources in Africa in the non-oil sectors, geographical proximity and air connectivity offered by airlines such as Emirates has made Africa an attractive destination for Gulf investors.

“We are continuing our expansion drive across Africa and we hope that CMC will be the jewel in the crown of our inroads into this great continent,” said Marwan Shehadeh, group director for corporate development at Al-Futtaim Group.

According to CMC Holdings, the takeover proposal has received endorsement from 50.6% of its shareholders.

The deal represents one of the biggest foreign direct investment inflows into the Kenyan economy this year and is expected to highlight the appeal of Kenyan blue chip companies as global firms seek a foothold in the booming African economy.

“We believe in CMC Group, our first sub-Saharan target, the great brands it sells and the employees behind its success over the years. We also respect the heritage of the company and its 65-year-old history in fostering economic development in Kenya,” said Shehadeh.

CMC Holdings owns dealerships in Kenya, Tanzania and Uganda and has exclusive distribution rights for a number of international auto brands. The company has not traded publicly since September 2011 when its stock was suspended due to a boardroom row.

Al-Futtaim was established in the 1930s and currently runs more than 100 companies in 20 markets employing 40,000 people. In recent years, the company has expanded its footprints beyond the Cooperation Council for the Arab States of the Gulf through strategic acquisitions.