Luxury five-star hospitality group, Jumeirah – headquartered in Dubai – has set its sights on Africa, with specific interest in the cities of Luanda, Abuja, Lagos and Accra. 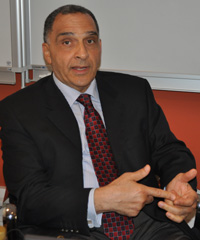 “Africa is now becoming a very good market and its very important to be in Africa,” Cherif Hosny – Jumeirah’s senior vice president of development for the Middle East, Africa and South Asia – told How we made it in Africa in Dubai this week.

Hosny said that the group is looking at key African cities with tier one locations that can sustain the Jumeirah brand. “So the most important thing is to not only look for a project but a project which can be in line with our brand standard.”

Can the brand be sustained in Africa?

“Not everywhere in Africa can sustain our brand,” added Hosny. “There are good markets for four-stars or five-stars, but they don’t have the market for the luxury five-stars.”

According to Piers Schreiber, Jumeirah’s vice president for corporate communications and public affairs, the decision to enter Africa will come down to whether there is a market for their high-end brand on the continent.

“I think if you look at the luxury five-star market, which is a niche market, then you have to wait for the right hotel because if you make the wrong choice it’s going to reflect badly on your brand in other markets,” said Schreiber. “So we won’t go down into the four-stars. We won’t even go down into the basic five-stars. It will always have to be five-star luxury because that is what our existing community of guests expect. If they have come to Dubai or have gone to London, Frankfurt or Shanghai, and had a certain experience of Jumeirah, they are going to expect that to be replicated in the different markets in which we operate. So we will never compromise and it’s always a question of quality over quantity.”

Will the African market be profitable for luxury five-star hotels?

“The market needs to be able to sustain the kind of rates that a five-star luxury brand would charge and not all countries can do that,” explained Schreiber. “So there needs to be a good level of living, a strong economy and reason for people to travel there.”

Schreiber said that there are a number of parameters that need to be considered before Jumeirah Group opens a hotel in Africa.

“So the market has to be strong enough in the long term to be able to sustain good occupancy and the right kind of price. Secondly it has to be the right location,” continued Schreiber. “We will only go into prime locations, we won’t go into secondary locations. So if it’s a business hotel, it has to be at the heart of the business district. If it’s a leisure hotel, it has to be in the right location in terms of beach and in terms of services. It has to be the appropriate distance from the airport… The strength of the market and the sustainability of the economy have to be right. And then also there has to be that track record of the right level of travellers coming into that particular location. So we go through a lot of due diligence and research before we commit ourselves to a particular market.” 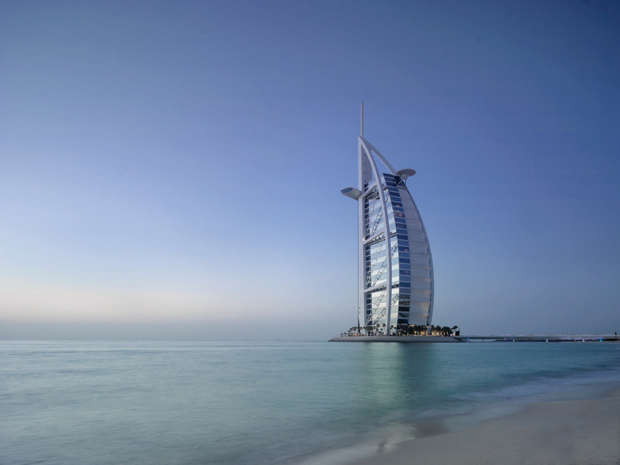 The Burj Al Arab, Jumeirah, in Dubai. The Jumeirah Group – headquartered in Dubai – is a brand which sells itself through its unique architecture and design, with many of their hotels being a tourist attraction themselves.

However, with more and more competitors, such as Four Seasons, launching in Africa, the Jumeirah Group is entering into negotiations with developers and partners to bring their brand to the continent. The Africa Global Business Forum, happening next month in Dubai, will be a platform which the group hopes to use to further negotiate their African expansion.

“Africa is now like how people have been saying ‘go east’ for the last 10 years – people moved to China to Asia to India,” said Hosny. “Now people are thinking to move to Africa. There are a lot of countries with things going on. There is more stability in the economy and you have to look at where there are already oil economies, factories, industry, agriculture… I have worked in Africa in certain countries before… The countries that are doing well are well managed… For us we have to assess the risk for everything.”

Hosny said that a key driver for their business is the increased flights to Africa. “Now, because of Emirates Airline travelling to these countries, and these people coming to Dubai, its helping our brand,” he added.

In addition, Schreiber said that the hotel group has seen a rise in business travel and tourism from certain growth markets in Africa. “So there has always been a steady flow from South Africa, but we have seen a significant increase coming in from Nigeria, Angola and Ghana.”

In North Africa, the hospitality group has already signed deals for developments in Egypt and Morocco, but is unable to say when the brand will be officially launched in these markets. The company also has its sights on South Africa, Mauritius and the Seychelles – the three markets which have recently been ranked by the World Bank for being the top destinations in Africa in terms of competitiveness in tourism and travel.

“Between Mauritius and Seychelles, it is very important to be there,” explained Hosny. “The Seychelles is booming now. There is a big difference compared to six or seven years ago and now they have more airline connections between UAE and Seychelles.”

The Jumeirah Group is also considering expanding some of their other brands on the continent such as the Noodle House, which is a Singaporean-themed restaurant. “We have had a lot of interest from African markets for that, because it’s quick and easy,” continued Schreiber. “It’s a nice franchise model.”