Sometimes when your perception of something changes dramatically, it’s hard to remember why your original perception existed in the first place. And this is how I feel when it comes to my first impression of Douala, Cameroon. 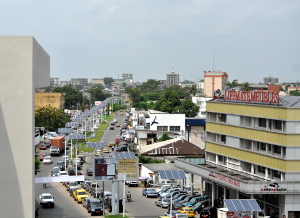 I remember not feeling very impressed with Cameroon’s business hub at first, although I can’t exactly remember why. Perhaps, because, when compared with a lot of other African cities, Douala lacks many of the visual elements of development. On the drive from the airport to the hotel I noticed half-constructed buildings which seemed to have been forgotten. Where was the construction of high-rise office blocks that you see in cities like Lagos?

I also think I arrived with some preconceived notions about the business environment which might have ruled my initial judgement. I had heard it was a difficult place, plagued by red tape. I still understand this to be true, and most business people won’t argue.

However, I only tell you this because I do not want you to make the same mistake I made of a quick judgement of Douala. I was deeply wrong. And by my second day of meeting with local business people, I realised my horrible underestimation. I have now come to believe the city is one of the more exciting places to be an entrepreneur or business leader.

Why? Let me see if I can convey this with as little hype as possible. I think that Douala is in for nothing less than an economic eruption. I can’t say whether this will take place tomorrow or in 10 years, but it will happen. And when it does, those who already have a foothold in the market will have a huge head start.

Cameroon has a small population of about 23 million. But the growing consumer class, who is increasingly demanding better quality services and products, should be of interest to companies and investors.

Douala and the political capital Yaoundé are the main points of focus for consumer-facing companies. However, while regional towns such as Bafoussam might hold smaller populations, they are seeing increasing urbanisation. They are also well situated to supply goods to surrounding villages and rural areas.

Both English and French are official languages, and many business people are bilingual, making it an easier environment than most Francophone African countries for English-speaking investors and business people.

And then there is the diaspora, who are returning to grab many of the opportunities in their home country. They are highly sought-after by companies seeking managers with international and local understanding.

But much of Cameroon’s potential relies on whether it can maintain political stability. President Paul Biya has been in power for 30-plus years. Now aged 82, many of the Cameroonians I spoke to feel a political transition will happen in the near future. Investor confidence will depend on a peaceful transition.

Like other parts of sub-Saharan Africa, Cameroon has many of the same opportunities to be a first-mover. But while the country holds similar attractions as markets like Nigeria and Kenya – a growing middle class, young aspirational population, etc – business people will find less competition in the market. As it stands, industries such as tourism and fast-food lie largely unexploited.

The country also has strong agricultural potential which has not been adequately tapped into, and investment in the sector could increase supply of raw materials to fuel local manufacturing.

There are very few formal retail chains in the market, with the vast majority of Cameroonians shopping at traditional markets. However, French grocery retailer Carrefour has plans to enter the market this year bringing with it the construction of shopping centres.

But Carrefour’s entrance and expansion will not come without a fight from the few key players, such as retailer Mahima who have been establishing itself in the market for some time now.

And while locally-owned formal retail mostly consists of single, standalone outlets, one distributor of consumer products said he has noticed some of these family-run businesses opening their second or third outlets. In 20 years, they could well develop into powerful local chains.

Cameroon’s geographic position should make it an attractive destination for investors looking to access West Africa (with the bonus of neighbouring Nigeria) and Central Africa. This potential is somewhat being limited by Cameroon’s congested port in Douala which typically results in long waiting periods for imports.

However, deep-sea ports are being developed in Kribi and Limbe to ease congestion in Douala. If the country’s ports, cross-border trade, and transport infrastructure can be improved, Cameroon will become an important regional trade player.

A side note to visitors

For those visiting for business purposes, don’t be surprised if a meeting is set after 5pm. Most companies’ official business hours only finish at 6pm, but employees and managers typically work long after this to avoid horrendous rush-hour traffic.

Finally, Cameroonians are some of the kindest and most generous people you will ever meet. During my stay I was humbled by the efforts complete strangers made to ensure I was safe and comfortable.

And if ever in doubt about what to talk about with your taxi driver, bring up football.