Roddy McKean, head of the Africa practice at Webber Wentzel, discusses how international investors are developing effective strategies for dealing with corruption issues in Africa 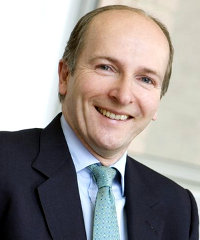 Corruption is often mentioned as one of the reasons why international investors are wary of investing in Africa. But is this perception or reality and is the position changing?

Like many other risks for investors, the reality on the ground is different. Risks do exist but with a considered approach many of these risks can be minimised.

Indeed a number of studies have shown that this idea is completely misconceived. Many African communities have a culture of gift giving. So do many Asian cultures but that does not mean that this is the genesis of corruption. As in many emerging markets around the world, there are several catalysts for corruption in Africa; such as the fact that many economies are cash-based. There is often opaque legislation and business practice and endless bureaucracy, which slow down business dealings. In many countries, there is often a heavy state and political involvement in the economy and there is often a need for third party relationships. All of these combined with a difficult and challenging operating environment mean that corruption can be an issue in business in many African countries.

The discussion on corruption of course is a global one. It occurs across both public and private sectors and can take many forms from the abuse of public funds to undue enrichment. Anti-bribery and corruption legislation throughout the world has multiplied in recent years and there is a myriad of global conventions, legislation and guidelines which focus on tackling corruption.

We are seeing that this is slowly having an impact on the way business is done. The trends in such legislation include the fact that the legislation often has extraterritorial application, it includes widely diverging rules and enforcement practices, there are now more agencies with better resources taking tougher stances and there is more co-operation and information sharing between those agencies.

Perhaps the two pieces of legislation which have received the most attention are the Foreign Corrupt Practices Act of the US (FCPA) which has been in existence for some time and the recently enacted UK Bribery Act both of which have wide-ranging remits well beyond the boundaries of the enacting states. Many investors are blissfully unaware that these statutes can be relevant to many transactions in Africa where there is some “connection” (even tenuous) with either the US or the UK.

The FCPA addresses two general areas, the making of improper payments to foreign government officials and the concealing of “bribes” in the accounts of relevant companies. The UK Act goes much further than the FCPA in that it applies to bribery of both public and private citizens and uses a much more expansive definition of what constitutes a bribe. It adopts a zero tolerance approach to facilitation payments and, unlike the FCPA, there are no specific exemptions.

Whilst this global legislation receives the headlines in the fight against corruption, in fact a number of African countries including South Africa, Nigeria and Kenya have their own anti-corruption legislative frameworks in place. When investing in any country it is useful to understand how each of these regulatory frameworks overlay each other.

Turning to the private equity industry, the development finance institutions (DFIs) globally have driven an initiative to improve the standards of behaviour within the investment community in relation to environmental, social and governance (ESG) issues and many DFIs use the IFC’s Performance Standards as the reference benchmark for investments in emerging markets.

Given the impact of the global financial crisis on fundraising over the last few years, the vast majority of general partners (GPs) focusing on Africa have raised their funds and received support from the DFI community. One of the requirements of the DFIs for investing in those GPs is the adoption of those standards by the GPs on the closing of the fund and also when investing in portfolio companies going forward. Whilst those standards cover a wide range of issues regarding environment and social sustainability, there is also a focus on governance issues including corruption and other collusive behaviour.