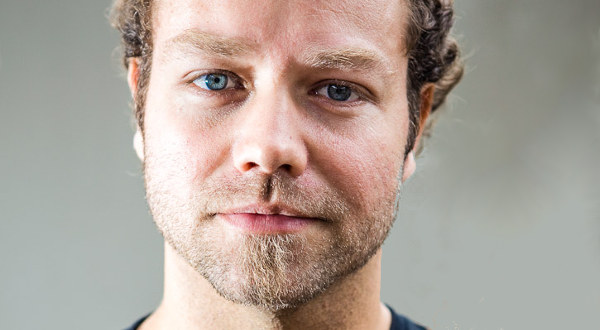 “I’ve seen far too many ‘start-ups’ spend more time looking for money than actually just getting on with it, and doing it with what they have,” says Duran de Villiers, founder of SteadiDrone.

South African Duran de Villiers was in his early 20s when he founded his first business, a media production company called Motion Pixel. A few years later he started an online retailer of photographic lighting equipment, which he then sold to focus on his third company, SteadiDrone, in 2012. He was just about to turn 27.

SteadiDrone manufactures and sells small unmanned aerial systems (or drones) for both recreational and commercial use. Drones are increasingly being used by various industries – such as mining, agriculture, mapping, logistics, nature conservation, film and media – to gather aerial data and conduct research. And in 2014 the Knysna-based company recorded over R14m (about US$832,500 today) in revenue.

How we made it in Africa chats to De Villiers about his entrepreneurial journey and the growing business of drones.

Have you always known you wanted to be an entrepreneur?

Nope. I didn’t really know what I wanted to be, even when finishing high school. I did not particularity excel at school, but naturally found a knack for business. I’m passionate about the things I do, or want to do. I like to think that’s the ‘drive’ behind being successful: falling in love with whatever your hands find to do. There is something exciting and interesting in almost everything. The key is to see it, and use it.

​While running our media production company, I saw the need and potential for aerial media (photography and video) for the events we were shooting and producing. Back then the drone industry was still very new and I was fortunate enough to get into it when it all started. I began designing and building our first drone, which initially was simply for our own production use as a media production company. I fell in love with the technology and thought about what could be done with these amazing machines – and we quickly went from a media production company to a drone developer and manufacturer. I figured that soon everyone would have a drone, so it would not be good enough to just operate them and offer a service. I wanted to be a manufacturer as I saw much bigger potential there. Turns out I was right.

How did you finance the company?

​Every single aspect of our business (both SteadiDrone and the others) has been self-funded by hard work – literally working from the bottom up, with nothing. We started Motion Pixel on our kitchen counter, worked until we could afford a bigger space, then worked some more, and eventually the momentum builds up. And sales at SteadiDrone obviously got us up and running on a new level. We have, to date, not had any outside funding, loans or investors. I’ve seen far too many “start-ups” spend more time looking for money than actually just getting on with it, and doing it with what they have. As the saying goes, “faithful with little, faithful with much”.

Generally speaking, who are your clients today?

​When starting SteadiDrone our market was very much hobby and consumer focused. That has changed considerably with most of our clients now being larger commercial and industrial companies. Mining companies, drone operators, mapping, agriculture – the list is almost endless. Now 95% of our products are exported and we have resellers across the world. ​

Where do you import your parts from, and what effect has the weakening South African rand had on business?

​The majority of our raw parts are manufactured in China. As almost all of our sales are exported, and the majority goes to the US, the weak rand obviously has its benefits for us. We keep a lot of currency in dollars for stock purchases, so the weaker rand has not had a negative effect on us. Quite the opposite.

How competitive is the industry in South Africa?

The drone industry is hotting up in South Africa, but still has a long way to go. SteadiDrone is, as far as our research shows, the longest standing and largest commercial drone developer and manufacturer, apart from the defence guys like Denel and so on. I look forward to new competition locally.

The best decision you have made to grow your company?

​To work with my partner and wife, Alexa. I keep saying “we” and that’s because it’s a key part of our lives and the business. You can have all the talent, skill and success in life, but without someone to share it with and work with, it’s pretty pointless, don’t you think?

What’s the one thing you wish you knew about entrepreneurship before you got started?

I’m actually very grateful that I had no real traditional business experience or background, especially the traditional thinking behind the entrepreneurial “start-up” movement. As mentioned before, there is a lot you can learn from it, but getting down to work and doing it with what you have, right now, is what matters. The rest will follow.

If you had one piece of advice for an entrepreneur just starting out, what would it be?

​Forget about waiting for funding. Dream and do it now!