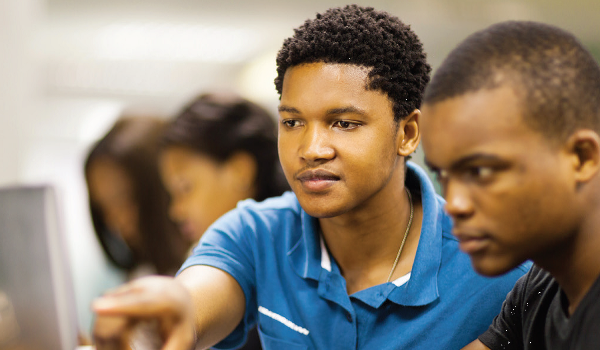 The rise of social media, smart devices, big data, cloud computing and most recently the internet of things (IoT) has fundamentally changed the way humans interact with each other and the world at large. It has also opened up spaces for innovation, with both large corporates and entrepreneurs tapping into the vast potential of the ever-connected ‘life behind a screen’. Today, we are consuming more information, more images and more knowledge than ever before – and the opportunity to leverage this trend is undeniable.

In many ways, the African continent has leapfrogged many other regions in technology uptake. In the last decade we have seen unprecedented growth in the information and communication technology (ICT) sector, which has spurred major transformation in many business processes and operations. By far the greatest advances in ICT have been made in the mobile phone technology space, with over half a billion mobile phone subscriptions in Africa, according to a 2016 GMSA Mobile Economy report. Sectors such as financial services, health, education and agriculture have found increased access to information, markets and finance – all with a decreased cost of communicating.

These innovations have had far reaching impact on the economy. For example, a 2016 study by academics from MIT found that simply by gaining access to M-Pesa, Kenya’s mobile-money service, 2% of Kenyan households were lifted out of poverty between 2008 and 2014.

The case for digital transformation

This ability for consumers to access information and services has also changed the way they interact with businesses and has driven many companies to look into new revenue streams, and restructure themselves internally in order to drive their digital strategies.

A 2017 Gartner survey showed that 45% of CIOs in Africa are either designing or delivering their digital initiative, while 13% have moved beyond delivery into scaling and harvesting on their digital initiatives. However, the level of maturity in this field is still low, with the majority of CIO respondents in Africa remaining in the initial stages of their digital journey. It has become clear that technology alone is not the only factor to consider when implementing a transformation strategy.

Like all living organisms, a company’s survival depends largely on its ability to effectively respond to its environment. The new economic weapon of the 21st century and beyond will be the intersection between technology and education.

In order for technology solutions to be effective, their design and implementation should be rooted in the context into which they will be applied – and this includes the people that will be applying and using that technology. Harnessing the power and potential of technology and investing in people to mobilise their talents and skills is becoming increasingly important across both the public and private spheres.

It is no secret that Africa has the largest and youngest population on earth, with more than 200 million of its 1.2 billion people aged between 15 and 24, according to the African Development Bank. In fact, leaders at the AU-EU summit taking place in Côte d’Ivoire this month will not only discuss the future of EU-Africa relations, but will focus specifically on investing in youth, which is a key priority for Africa and the EU as 60% of the African population falls in this age bracket.

However, despite this pool of latent talent and potential, Africa’s workforce is growing at a faster pace than the jobs that are available both in the private as well as public sector. In South Africa, unemployment is at a record low, with two out of every three youngsters out of work. Statistics SA earlier this year rightly said that this means that we are not benefiting from the demographic dividend that we should be generating from the energy and skills of our young people. In many cases, this unemployment is compounded by the inefficiencies and lack of capacity in the education system.

However, The Fourth Industrial Revolution has perhaps provided us with the solution we need to address this particular challenge. Disruption across sectors, industries and countries is creating new spaces for development and innovation. So how do we harness this and create a workforce that is able to keep up? A workforce that has skills capacity and domain knowledge to meet the demands of the Fourth Industrial Revolution. Data engineers and scientists, machine learning and deep-learning engineers, AI analysts, blockchain miners and traders, cloud native experts, DevOps, big data and IoT skills are critical in this era of digital revolution.

From enterprise to grassroots level, there exists a unique opportunity to combine the growth in the ICT sector with the growth in population across the continent. With the recent commodity downturn, African nations have begun to internalise the need to diversify their economies and become more services-driven. This, coupled with the digitisation of these economies, means the need to foster digital skills as part of transitioning the population from low-skill/low-pay jobs to high-skill/high-pay jobs is tantamount to success. Teaching the youth to be agile and adaptive will go a long way into equipping them with the skills needed to thrive in a digital world. Upskilling not only existing workers, but also new workers entering the job pool will become increasingly important. To attract and entice young talent digital firms need to embed understandings such as software, algorithm, entrepreneurship, game theory, design and communication skills into the way they operate and train employees.

Technology has the power to fundamentally change the lives of young people, and investment into human capital is critical in building the next digital generation. By fostering appreciation and ability in the tech space in Africa, the pool of graduates and tech talent can only grow – enabling both existing and new parties to scale up their digital transformation efforts. Businesses need to invest in marrying the capabilities of school leavers with market opportunities that are presented by the Fourth Industrial Revolution. As organisations grow their digital capabilities, so will they begin to deliver new value to clients and reap the rewards of their investments.

Technology, innovation and disruption are also key elements in public sector circles: increased data needs, and the move towards e-government services in many countries across Africa, means there is an urgent need for both improved infrastructure and policies. Improved infrastructure and policies ultimately lead to economic growth and, hopefully, the eradication of poverty across the continent. It is through this cycle that we can start to see the vast and real potential of technology, and the need for a skilled set of workers to implement the systems effectively.