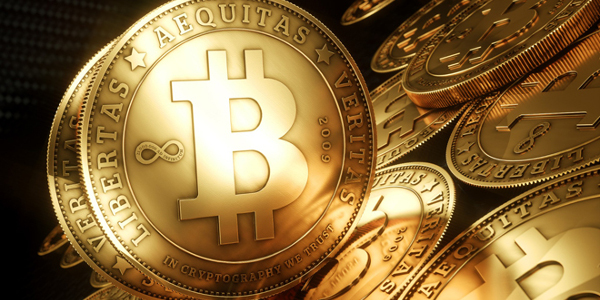 Cryptocurrencies are gradually being discovered in Africa. In countries like South Africa, Ghana, Kenya, Botswana, Zimbabwe and Nigeria, there is a semblance of digital currencies, primarily bitcoin, taking roots. Blockchain or DLT (distributed ledger technology) can be seen as the solution for Africa’s current problems and future growth. Bitcoin, based on blockchain, could be the engine for African growth, and could fuel the continent’s great leap forward.

Blockchain is another important concept that needs to be defined. As such, blockchain is a continuously growing list of records, called blocks, which are linked and secured using cryptography. Each block typically contains a hash pointer as a link to a previous block, a timestamp and transaction data. By design, blockchains are inherently resistant to modification of the data. Functionally, a blockchain can serve as “an open, distributed ledger that can record transactions between two parties efficiently and in a verifiable and permanent way.“

The argument for cryptocurrencies

Cryptocurrencies and blockchain assets are the newest and potentially most promising new asset class.

Investment returns in cryptocurrencies for 2017 year-to-date have by far outperformed traditional assets such as global stocks and bonds. The Lawnmower Blockchain Index, the premier gauge of performance for the blockchain asset class, is up +374% versus the world primary equity indices at +15.7% and +3.95% for bonds (Bloomberg Barclays Global Aggregate Total Return Index).

However, public opinion and investors’ minds on cryptocurrencies are divided and it often comes down to a philosophical and even emotional debate. This is also true about African policymakers and their official stance on cryptocurrency.

The cryptocurrency-based blockchain economy is an asset-based economy, while the fractional reserve banking system, based on fiat currency, is a debt-based system.

High volatility and unexplained falls, risks of hacking attacks and ransom with the subsequent sensational media headlines are reasons why many investors still shy away from cryptocurrencies and merely think of it as “magical internet money.”

In a free decentralised global market where volatility is not suppressed by trillions of central bank-created quantitative easing (QE), the market becomes more volatile as it becomes more efficient, acting faster to information changes.

The biggest fallacy many casual observers and some government officials have, is that they say they like blockchain, but they do not like cryptocurrencies like Bitcoin, Ether and Litecoin, etc. That argument is the same as people in 1994, before the introduction of the internet web browser, arguing that they do not like the public censor-free internet (it is not regulated and not “owned” by anybody, etc.), but rather have a privately controlled intra-net. A private blockchain without a trustless and distributed consensus-based cryptocurrency is nothing more than a shared database or intra-net.

Cryptocurrencies are native to how code works. The reference implementation, Bitcoin Core, is written primarily in C++. Imagine if one country cracks down on Bitcoin and cryptocurrencies protocol. That would be the same as saying no more TCP/IP. You will be driving out innovation. The countries that did adopt TCP/IP (transmission control protocol/internet protocol) are going to be so much better off.

In a similar fashion, in this case the internet of money, one can see the disruption potential of cryptocurrencies. Just like the internet took out Hollywood with Netflix, Spotify took out the music business, and Google and Facebook took out advertising and media businesses, cryptocurrencies will take out the finance industry as we know it.

The case for cryptocurrencies in Africa

There is high potential for Africans to leapfrog some of the existing financial services, in the same way that many Africans skipped the part of owning a cumbersome and expensive landline and went straight to owning a mobile phone.

In the “old” or “traditional” system, traditional bankers in suits were the miners of the old generation, getting paid in the currency of the central bank run by un-elected officials. That system is also characterised by fiat currency being mined by the fractional reserve banking system, bank bail-outs and large costs to ordinary tax payers, amid the rise of populism.

The new central bankers are the cryptographers. The new owners of the financial infrastructure are the holders of the cryptocurrency coins, which is or could be everybody.

While cryptocurrency has been hailed for its potential in the financial sector of the developed world, one of its greatest applications has been virtually overlooked. In nations that lack dependable economic systems or governance, digital currency may offer hope. Access to finances, security and privacy of funds, and faith in a common medium of exchange, can aid many across the African continent.

Several African countries have exchanges and start-ups in the crypto space, and their businesses are recognising the significance of cryptocurrencies in fostering cross-border trade and payment. Moreover, the infrastructure for the take-off of digital tokens is solid. Telecommunication liberalisation across the continent has enabled internet accessibility remarkably. Figures from GSMA indicate that half of Africa’s population is subscribed to mobile telephony. Also, the statistics indicate that for the past two years, smartphone usage in the continent has doubled to reach 226 million.

The new finance industry will settle on where the innovation will be for smart contracts and cryptocurrencies. It is Silicon Valley’s replacement for the old infrastructure of finance and Africa’s chance to leapfrog the old system. It will position the economies of Africa for the future of finance. With Africa not having a strong legacy system in place, as is the case with the developed world, is suddenly a great advantage.

Still, too many adult people in Africa do not have access to bank accounts. This wretched situation denies countless numbers of people financial freedom. Bureaucratic tenors and economic exclusion, amongst others, have paved the way for this situation.

In 2016, a study of 10 African nations with unusual inflationary ratios, indicated that South Sudan had a huge inflation rate of 295%. Egypt had the lowest rate with 12.30%. High inflation and weak African currencies allow Bitcoin and cryptocurrencies to offer African consumers a stable store of value and an inflation hedge.

African nations have lagged in traditional banking, but the phenomenal success of  Safaricom’s M-Pesa in Kenya shows that this is and can be an advantage in the coming blockchain economy. Safaricom’s success has shown that Microsoft founder Bill Gates’ adage of “Banking as a function is necessary, Banks are not”, holds very true. What M-Pesa achieved on a country scale, cryptocurrency can achieve on a pan-African scale.

Cryptocurrency remittance services in Africa have sprung up as an alternative to Western Union, and international organisations have employed blockchain technology to assist refugees. Still, it appears that many of the communities most desperate for this innovation have yet to embrace the monetary haven.

Africa’s wide adoption of cryptocurrency would further progress the move to the democratisation of financial services.

Forward-looking governments in Africa should try to emulate the developments in Japan and Kazakhstan.

Practices and challenges of cryptocurrency in Africa

Large scale adoption in Africa, however, is still slow. Awareness, education and user experience are some reasons why the take-up is taking time. Switzerland and Singapore are both successful countries with strong currencies, and as such have nothing to lose by embracing fintech and cryptocurrency. Countries with high inflation and currency controls in place seem to be paranoid about the rise of cryptocurrency. However, similar to the internet, it is difficult to ban and/or control.

Over the past 12 months, the African market has seen the emergence of more than 10 Bitcoin exchanges seeking to provide cheap and efficient trading services to African consumers. Some exchanges have expanded their services and have established an office in Africa to serve the new market and observe the demand of Bitcoin in several African countries.

In East Africa, local innovators have introduced cryptocurrency systems to support cross-border transactions, as exemplified by initiatives like BitPesa. In South Africa, cryptocurrencies are becoming particularly popular. In Nigeria, local traders and activists believe this new money presents an opportunity to democratise the economy. This is propelled by the fact that people in Nigeria have been failed by conventional money.

While several exchanges offer conventional payment methods, such as bank transfers and account top-ups, a few platforms, like BTCGhana, provide local users and the underbanked population simpler methods of purchasing and selling Bitcoin.

On the BTCGhana platform, users can make Bitcoin purchases through established exchange platforms and can, within minutes, send the payment to local remittance platforms, including TigoCash, Airtel Money and MTN Mobile Money. This service allows African users to pick up cash at local remittance outlets with ease, without having to deal with complex withdrawal and deposit methods involving bank accounts and credit cards, which are difficult and time-consuming to obtain.

Africa has lots to offer Bitcoin and other cryptocurrencies, simply because Africa needs an alternative to the weak and not-always-available nor reliable local African fiat money. All products of cryptocurrencies will be well-embraced if promoted in Africa. The current vacuum for alternative means of payment in Africa is obvious.

Cryptocurrency is not just a solution to the plight of the ‘unbanked’. Rather, it is a method for allowing economically or politically subjugated populations to control their own wealth. Non-fiat digital currency can bring millions of people into a secure and person-driven global economy.

The intangible nature of digital currencies means that a government cannot physically remove the wealth of a citizen. This paradigm shift is a monumental step forward in the social contract, providing an additional layer of security to individuals.

All populations, especially those that are disadvantaged, need a way to maintain access to their wealth from anywhere in the world. Imagine if a refugee could access a bank account even after being displaced from their home country. This could help maintain the refugee’s dignity and hopefully diminish the extreme poverty caused by this terrible upheaval. This is the unrealised potential of virtual currency. In a nation where political activists are jailed, or inflation runs rampant, a non-fiat virtual currency may offer an escape.

Cryptocurrency is humanity’s greatest iteration on the aphorism that there is strength in numbers. For many, a virtual currency could become the next step in the social contract – a world that lives, breathes, and functions outside the boundaries of a government.

A non-fiat virtual currency emphasises decentralisation and intangibility – two tenets that are almost impossible to defeat. Through cryptocurrency, these virtues might facilitate an economic and political reawakening for African nations. The existence of cryptocurrencies today, especially in the African context, gives them a chance to prove it.

For the first time, open minded early adopters can make a Silicon Valley venture capital style bet on the future of money and finance and the development of African economies

Like any other investments, cryptocurrencies carry risks. However, not owning or embracing the native money of the internet is even riskier.

Cryptocurrency is a fast-evolving, complex phenomenon that in my view will have a major impact on power distribution in the global economy and on the African continent.