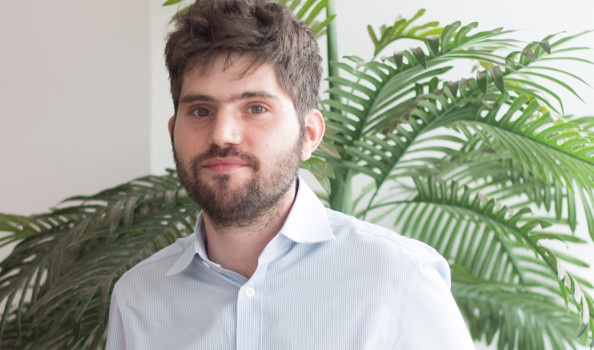 When Charities Aid Foundation (CAF) in its World Giving Index placed Kenya as the most generous country in Africa – and eighth globally – in November this year, it did not come as a surprise to Dave Mark.

He has been witnessing the giving nature of Kenyans since 2013 when he co-founded the mobile money-based crowdfunding platform M-Changa.

How did it all begin?

Mark gained experience in product design while working in the public health sector doing clinical trials in Africa and India.

“I was working on HIV vaccine research and building mobile solutions for the clinical trials. It was really exciting work; we accomplished really cutting-edge science in communities that had not previously been able to participate in clinical trials,” he says.

Mark’s career in public health and building mobile health tech was really satisfying, but the number of end users were few. He wanted to design things that would get into people’s hands and have them find it useful in their daily lives.

Mark met his co-founder, Kyai Mullei, at a point when Mullei had a fundraising initiative within his extended family. The two had spoken on how the mobile money service, M-Pesa (owned by Kenyan telco Safaricom), could be used in many other verticals. This led them to launch M-Changa (Mobi Changa Limited) and Mullei’s fundraiser became the first crowdfunding campaign for the company.

They could see the need for this product in the market. In Kenya, people give for many reasons: weddings, funerals, medical emergencies and community projects: the perfect fit for the duo and their product. The popularity of mobile money products in Kenya was the catalyst for starting the service.

“In the early days when you are self-financing, it can get stressful very quickly. What held us together and made us persevere are those interactions with our customers – that they were able to do something they could not do without M-Changa,” he notes.

The product was one of a kind in Kenya and was well received. Anyone could start a campaign digitally and receive donations virtually.

Mark said M-Changa is a trustworthy and transparent platform that allows anyone to start a campaign within their network and beyond. Donors can see how much has been raised, what has been withdrawn, and access reports about the fundraiser.

“We are more flexible than the traditional crowdfunding sites and customers can withdraw their funds at any time,” he says.

So far M-Changa has had over 400,000 users and supported more than 20,000 campaigns while processing several million dollars annually.

It couldn’t have been that easy. Surely, he must have faced some challenges?

“In the early days the integration and tech challenges were massive. You would pray for transactions to happen in minutes, not even seconds, but it has come a long way. We now work with Safaricom and other partners to get that infrastructure working right,” Mark says.

He adds that when they started out their service was not stable. There wasn’t much use of cloud services and hosting companies were running their own servers, albeit poorly.

“We thank our early customers for sticking with us throughout that time. Nearly all of our initial customers still use us,” Mark says.

Now there are challenges that have come with the growth of the company – big campaigns come with a huge need for customer care and the company is working at automating some of its services.

“We are looking for the right mix of automation, human interaction and customer driven tools that help people succeed faster,” Mark says.

Anything we can learn from his experience?

Mark attributes their success in the market primarily to his team, including his co-founder, and the constant affirmation from customers that M-Changa is making a difference in their lives.

For Mark, whose interest is in technical design, and Mullei, who is a coder, the business has worked because they had to evaluate where their co-competencies lay and who should be doing what, where and how. It took them a while to establish who was to be the CEO and who the Chief Technical Officer (CTO). “I became the CTO designing the product and Kyai looked at the business model and finances,” Mark explains.

His advice to tech entrepreneurs is to start small and take the smallest footprint on users’ phones. M-Changa can be accessed through a web app that doesn’t take ‘real estate’ on a user’s phone, which helps to sign up users quickly.