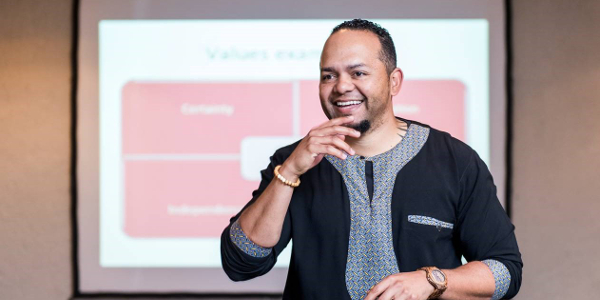 Incompetence, or just plain toxic behaviour of employees, negatively affects the culture, and by extension, the overall success of an organisation and yet there are not enough people getting dismissed for this. While it is a cumbersome legal process and often tough to prove or even to correct, the main reason is that management is unwilling to have honest and tough conversations that ultimately lead to difficult decisions. This is a leadership deficiency that we see in small businesses as well as within executive teams in big organisations and in governments. CEO of 212 Consulting, Quinton Douman, explains further.

Organisations are filled with employees who really don’t want to be there. We all know them, they are the ones who will not contribute in meetings, instead they will have a separate caucus after the real meeting and it will often only be with people who are equally miserable. But dare I say that sometimes the disgruntled employee is a result of their own choices and lack of commitment to the overall vision of the business.

Often the leader and all the colleagues are fully aware of the problem but the root cause is not dealt with – this is a major disservice to the organisation as well as the individuals who are contributing to the prevailing toxicity in the team. Most unfortunately I’ve seen many of these people get shuffled around within the organisation through new portfolios – but not letting go entirely of your rotten apples spoils the entire barrel.

Fortunately, there are leaders and organisations who have exercised the mettle required for successfully steering a high performance culture. These are the leaders who are decisive when others are perplexed. They are not afraid to have tough conversations and they care enough about people to let them go when the relationship is no longer mutually viable. There are five things that are common amongst these leaders and businesses that seem to be winning the battle against toxicity.

Firstly, they live their values as they pursue their vision. This starts by knowing the company values and recognising them as part of the core ideology of all decision making. Great leaders know that magic cannot be created through the use of key performance appraisals but rather that these mechanisms play a role in getting the job done. If you wish to see people create memorable service experiences, then you have to deliberately entrench the vision and the values of the organisation in every decision that is made by everyone in your organisation.

Secondly, they play the ball, not the man. Great leaders keep their eyes on the ball; they are soft on people but hard on the issues. They have the ability to disagree respectfully and they have high levels of trust that allows people to leave meetings with their dignity intact – in spite of any arguments that may have occurred. With a laser-like focus on the ball, the conversation becomes more about the advancement of the ball than it does about the individual and his/her character. This approach allows the leader to recognise the inherent strengths of the player but still remove him from the game because of poor performance or bad behavior.

Thirdly, they confront the elephant in the boardroom. By recognising threats and confronting them, you are able to effectively deal with them. Very often just by calling out the toxicity is a victory in itself, because if you can name it you can disarm it. Sure, many leaders will continue with the status quo and hope that the problem will magically disappear but the great ones know that a high performance culture is created by design, not by default. They also know that if they allow the bad behavior of certain individuals to continue they will eventually lose the credibility they have with the rest of the team.

Next, they understand that what happens anywhere in the organisation should matter everywhere in the organisation. One of the first signs of a toxic culture is when people talk about and protect only their area of accountability or portfolio. They couldn’t care whether the operations department is suffering or not, as long as they can prove that there was no mistake on their part. The great ones recognise that the success of the entire organisation is dependent on each department or function succeeding. They are proactive in creating synergies with their colleagues. They also have deliberate knowledge and information sharing strategies and most of all they have the maturity to ask for help from their colleagues and are willing to lend a helping hand too. In this type of culture there is very little blame shifting and finger pointing because they have bought into the idea of joint accountability and working towards a shared vision.

Finally, they seek out the opinion of every stakeholder. A key takeout from a meeting with well-known African entrepreneur Ashish Thakkar, was what he shared with me at the end of our discussion, “Quinton, above everything else, listen! And listen carefully!” It was without a doubt the most emphatic statement he made all afternoon. It is based on the belief that if you care enough about your business you will seek out the opinion of all your stakeholders, including your staff, your customers, your partners and your shareholders. Start by extracting value from every personality in the room, from the ones who are naturally very expressive and the ones who ordinarily say very little. Also, walk the floors of every department and listen to the voices of those running the department as well as to those who do seemingly insignificant tasks. Remember, superior decision making is predicated by the quality and the quantity of information you gather.