There are many reasons to be negative about Nigeria’s business environment. Issues such religious conflict, corruption, an inconsistent regulatory environment and poor infrastructure could push any investor to rather look at opportunities in other African countries. 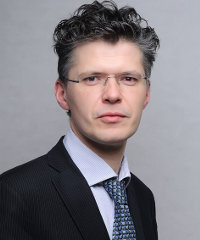 Charles Robertson, global chief economist at Renaissance Capital is, however, more upbeat about Nigeria’s future. In a recent note to investors, Robertson posed the question whether 2012 could be the start of a radical transformation for Nigeria? “Is this the year when investors should be taking long-term bullish positions in the market? It is beginning to look to us like the answer to both these questions is yes.”

He highlighted three key reform areas for Nigeria: the fuel subsidy, the electricity sector and oil production. “Progress in any one of these areas would justify a more positive approach to the market – while progress on all three would be extremely positive. To our surprise, the latter is happening.”

Robertson offered the following commentary on each of these three areas:

Fuel subsidy: “The reduction of the fuel subsidy has been widely covered in international media. This was costing [the government] perhaps US$7 billion to $8 billion [every year], more than the combined budgets for education, health and agriculture. The compromise, which has seen the retail price of a litre of petrol rise from NGN65 (USc40) to NGN97 (USc60) instead of the targeted NGN140-145 (USc90), will be politically acceptable, we hope, while cutting the scope for corruption and allowing a redirection of funds that should benefit all Nigerians and reduce long-term fiscal risk. We may see further rises in fuel prices in 2013.”

Electricity sector: “The government has just abolished the electricity Power Holding Company of Nigeria (PHCN), which had been a major factor preventing reform of the electricity generation sector, in our view. Nigeria remains woefully underpowered in contrast to other sub-Saharan African countries, as any back-to-back visit to Ghana and Nigeria will demonstrate. The lack of officially generated power means that Nigerian businesses rely on expensive electricity from imported small generators, reducing the efficiency of all sectors of the economy. Note also the possibility of an electricity price hike (with widespread media reports suggesting a rise of 50-100%). We believe any push back on this move by Nigerians is likely to be significantly moderated by the prolonged pain of higher costs associated with generating power from inefficient alternative sources, such as generators.”

Oil production: “The third area of reform progress is the Petroleum Industry Bill (PIB). Over the past few decades, investment throughout the Nigerian oil sector has been governed by a mish-mash of legislation. The PIB aims to unify all the necessary legislation in one bill, providing a clear framework for investment in the energy sector. In January the government promised to put the PIB to parliament by the end of the first quarter of 2012, and a bi-partisan Special PIB Task Force was established on 19 January to help drive this process. The Task Force has been given 30 days from the date of its inauguration to produce a new, harmonised copy of the bill for consideration by the legislature. To some extent, progress is being made in some areas even without the PIB, but its approval would nonetheless improve the energy investment climate.”

In addition, Robertson has high hopes that Nigeria’s new agriculture minister, Akinwunmi Adesina, will boost private sector investment. He added that a constitutional review might cut down government bureaucracy.

However, Robertson warned there are risks. “Obviously there is the chance that reform could stall, that the PIB could get stuck in parliament again and that electricity reform could also be delayed. This has happened before.”

According to Robertson there is no guarantee that Nigerians will support all these reforms. “It is sensible for the government to be doing this when oil prices are above $100/barrel, as it can draw on the windfall to ease the pain of reform, but a fall in the oil price would make reform harder to achieve.”

He added that tension between the Muslim north and Christian south could also pose a risk to investors. “We cannot provide a strong conclusion on where Nigeria will head, but we note that the Muslim north is unlikely to want to lose access to the energy resources of the south, and therefore there are strong interests in working to address the country’s challenges on this front.”