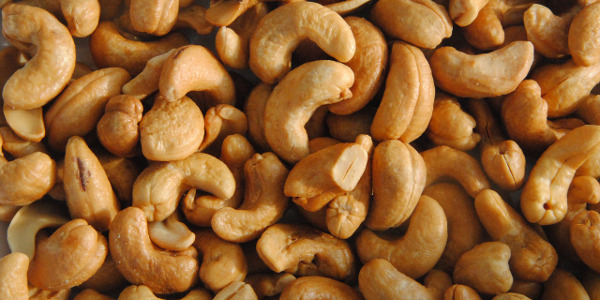 However, Côte d’Ivoire only processes infinitesimal volumes of its cashew crop, as the global industry is concentrated in India and Vietnam, which have a combined 3.4 million MT installed processing capacity. In particular, Vietnam is a processing powerhouse, renowned for its innovation and efficiency. It is noteworthy that Vietnam grew its cashew processing sector from scratch in the early 1990s to 1.4 million MT installed capacity today.

The seeming absurdity of cashew trade flows leaves kernel buyers scratching their heads. Why can’t they buy kernels directly from African cashew producers, who should capture maximum value from their massive crops? This conundrum spurred the Ivorian government to make cashew processing a policy priority, calling for the total crop to be processed domestically by 2020.

However, this government initiative has resulted in mixed success. While installed processing capacity in Côte d’Ivoire has expanded to 109,500 MT, the vast majority of the country’s 29 cashew factories are not operating at even a fraction of their full capacity. This reflects that, despite attractive government subsidies, Côte d’Ivoire’s cashew processing sector is hobbled by high conversion costs that undermine its commercial viability, making it difficult to compete with efficient Asian processors.

The difficulty facing Ivorian cashew processors to procure RCN is often singled out as the sector’s principal weakness. As Ivorian factories do not import RCN, they rely on keeping stocks throughout the year. Financing inventory is costly, as processors located upcountry in the cashew belt are borrowing credit against stocks at 12% interest. Weight loss is also an inevitable factor leading to rising costs. This reliance on stocks puts Ivorian factories at a disadvantage compared to their Asian counterparts, which only finance three months of stocks at lower interest rates, as they import from different origins. This gives Indian and Vietnamese factories a huge advantage in managing their cash flow as they are not tying up capital in inventory like Ivorian factories.

Furthermore, given the short duration of the cashew season, which lasts six months, Ivorian processors have a narrow window to procure raw material to keep their factories running throughout the year. A market known for speculation, RCN is prone to dramatic price increases. Given that factories are already borrowing at eye-watering interest rates from local banks, local processors cannot afford to compete with foreign exporters, who tend to get their funding from Dubai or Singapore at much cheaper rates – up to a third of the cost of local financing for Ivorian factories. Unable to match high prices, processors cannot secure the raw material to operate their factories. During the last three cashew seasons from 2015 to 2017, prices were extremely frothy. In April 2017, prices peaked at US$2,150/MT C&F Ho Chi Minh City. This represented a dramatic surge in price, as average RCN prices did not historically exceed $1,900/MT.

Moreover, two structural trends exacerbate the crowding out of local processors from the Ivorian RCN market. Firstly, if cashew exporters and processors aim to purchase high-quality cashew – defined as having on average 48-49 outturn (the weight of kernels (lbs) per 176lb (80kg) bag of RCN) – during the first two months of the cashew season, they are obliged to pre-finance their suppliers. Given the lack of trust between cashew farmers and middlemen who buy at the farmgate due to a history of non-payment for delivered cashew, farmers demand spot payment. However, local buyers are starved of working capital; they need their clients, exporters or processors, to fund them upfront. Therefore, cashew exporters and processors act like banks and fund their suppliers for tens to hundreds of thousands of dollars without receiving any type of collateral, exposing themselves to significant risk.

Not only do local factories lack the liquidity to pre-finance, they cannot compete with traders who pay on delivery. Given the short span of the season, cashew suppliers demand rapid payment as they are looking to maximise traded volumes. However, the vast majority of cashew factories are using credit lines against stocks (nantissement), meaning they cannot finance without collateral. A nantissement credit line is cumbersome and takes several days to process, as it requires that a collateral manager verify the quality of the cashew and guarantee the security of the goods. In a frothy cashew market, cashew factories struggle to attract suppliers as they cannot pay quickly and offer the best price on the market.

In addition, the rampant prevalence of smuggling has a distorting effect on RCN prices as it forces buyers who’ve pre-financed to pay inflated prices for poor-quality cargo in case of supplier default. Every cashew season, Côte d’Ivoire loses large volumes of RCN to Ghana, which commands a premium for superior quality on the international market. This premium, coupled with Ghana’s lower export taxes, allows buyers across the border to pay an additional XOF 50-100/kg over the market price for Ivorian RCN. In 2017, Côte d’Ivoire lost an estimated 100,000-140,000 MT of RCN to smuggling. If suppliers sell pre-financed cashew to other buyers who are willing to pay a higher price, rather than the rightful owner who paid for the cargo upfront, buyers are obligated to pay higher prices for poorer-quality cargo in order to collect what they can of their capital. This has a perverse effect on the market leading to inflated RCN prices and forcing buyers to absorb losses.

While RCN procurement is the most visible problem facing Ivorian processors, it is only the tip of the iceberg of the processing sector’s lack of competitiveness. As Asian cashew processors dominate the global processing sector, they play a key role in influencing the raw cashew nut price. If RCN prices surge, owing to higher demand for kernels, efficient Indian and Vietnamese processors can absorb higher raw material costs by increasing efficiencies and cutting manufacturing overheads. In contrast, Ivorian cashew processors are hobbled with high manufacturing overheads, which undercut their competitiveness vis-à-vis Asian processors. As the majority of local factories are based in the less developed cashew growing regions, lack of infrastructure weighs heavily on costs. Electricity is expensive, especially when compared to Indian and Vietnamese processors, which have better access to the national grid.

Moreover, the imported machinery used in Ivorian factories is often of poor quality. This, coupled with a lack of experience and technique, leads to a higher percentage of broken and low-quality grade kernels. However, Asian cashew processors are able to manage this problem. India’s large domestic consumption can absorb broken and other low-grade kernels, while Vietnam is the key supplier of low-grades to China’s vast cashew market. In contrast, Côte d’Ivoire lacks a domestic or export market to absorb broken, spotted, or other low-grade kernels. Domestic cashew consumption is tiny while European and American buyers are only buying whole, white kernels (typically the W320 grade).

Another factor exacerbating the kernel quality problem is the shortage of efficient and skilled labour. Ivorian cashew factories have struggled to train and retain qualified workers. While cashew shelling, the first step in cashew processing, is highly mechanised, peeling and grading require manual labour. The productivity gap between Ivorian cashew factory workers and Vietnamese workers is considerable. As peeling is a delicate and time-consuming process, Ivorian workers struggle to peel efficiently and quickly, increasing the quantity of broken kernels.

Although Côte d’Ivoire will miss its target of processing its total cashew crop by 2020, it would be premature to jettison the goal of building a sustainable and competitive local cashew processing sector. Indeed, if Côte d’Ivoire focuses on getting the economics right and narrowing the costs gap with Vietnam, it can serve as the key cashew kernel supplier to Europe and America, as large buyers are keen to support processing in Africa. In response, cashew trade flows would recalibrate – India would focus on its giant domestic market, while Vietnam would supply to China.

The participation of large RCN traders – such as ETG and Tan Mondial, the second- and third-largest players by volume in Côte d’Ivoire – is critical to the development of a successful local processing sector as it would create a critical mass of well-financed factories with experienced management in the international cashew trade.

The Ivorian government needs to offer the right fiscal incentives that offset the sector’s high conversion costs in order to attract multinational trading houses into investing in processing. This could represent a turning point for Côte d’Ivoire’s cashew processing sector, transforming it into a thriving manufacturing sector.

The author, Victoria Crandall, is an adjunct researcher of the NTU-SBF Centre for African Studies, a trilateral platform for government, business and academia to promote knowledge and expertise on Africa, established by Nanyang Technological University and the Singapore Business Federation. This article was specifically written for the NTU-SBF Centre for African Studies.