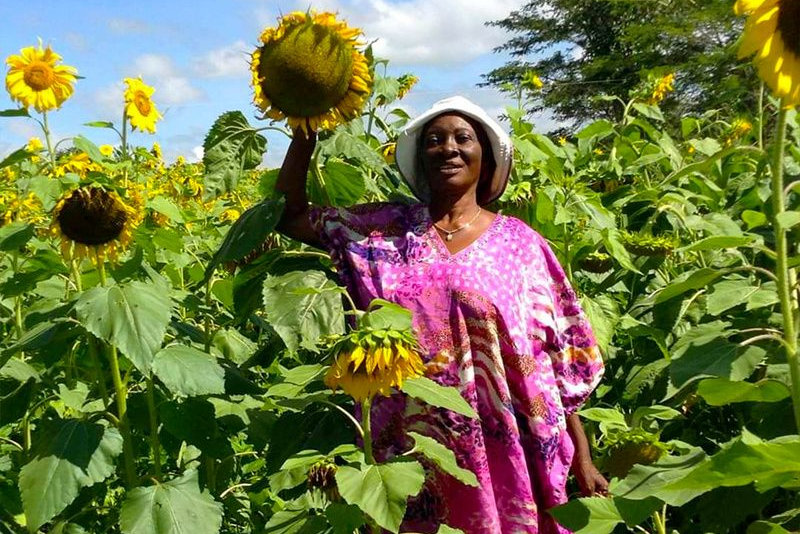 It’s an intoxicating sight – and a rare one in this part of Africa. Gigantic yellow sunflowers seem to almost leap from the verdant green of the fields around them, their faces tilted upwards, gazing at the brightness of a vast morning sky.

The five hectares of sunflowers here at the farm that Ange Kanonga runs are both an experiment and another step towards agricultural self-sufficiency in the region. The Democratic Republic of Congo’s mineral-rich Katanga region has long used its vast mineral wealth to simply import the food it needs, with relatively little investment in agriculture beyond smallholder subsistence farming. With the growth in population and a more inclusive economy, local spending power is creating a growing market, offering huge incentives for capital-intensive agriculture in the region.

Ange Kanonga is one entrepreneur determined to tap into the demand. The vegetable oil produced by Kanonga’s company, Mimosa Simence, is not only replacing oil imported through Zambia but it is also offering a healthier option – her food products are organic. 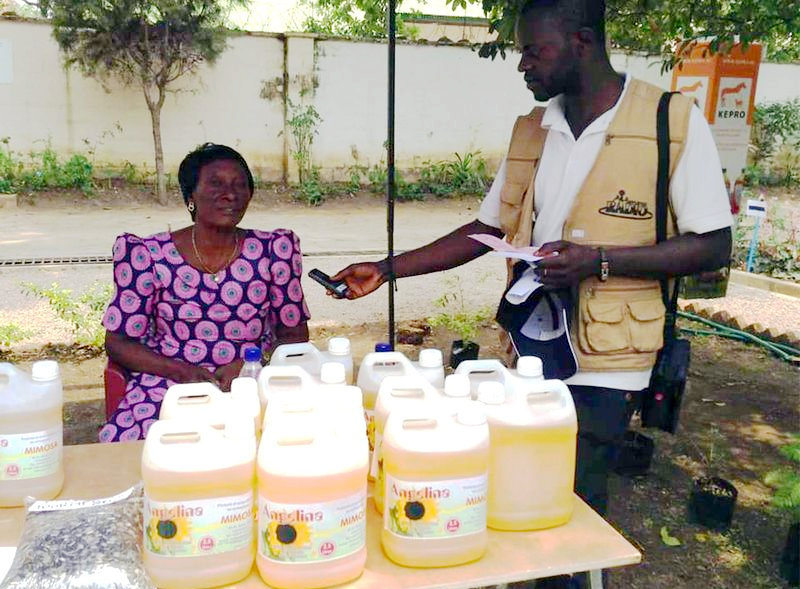 Ange Kanonga during an interview with some bottled sunflower oil displayed on the table. Photo: Rose Ngoy

“With the daily use of oil in the kitchen, it was very important that we focus our projects on the transformation of organic and natural oil,” Kanonga said, explaining her choice not to go with the genetically modified options that are increasingly available to farmers in Africa.

The five hectares she has planted is her own experiment; much of her raw materials come from small-scale farmer “outgrowers” trying their hand at an increasing variety of crops in this highly fertile and well-watered region. Thanks to the initial success she’s had with her business model, she is now determined to start producing oil for the whole country.

Kanonga began her business in 1995, initially in the seed business, turning to oils (at first, with minimal quantities, mostly soya-based) in 2010. To start with, she produced only for Lubumbashi and surrounds but in 2019 she made up her mind to scale her organic oil and produce for the entire country.