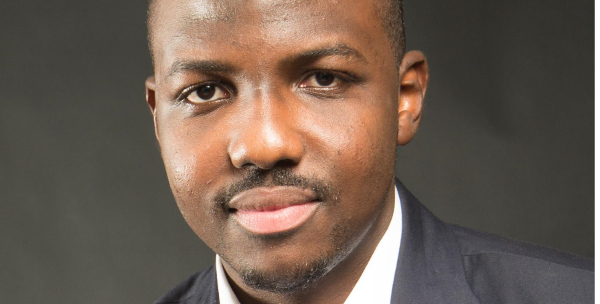 “A lot of companies are trying to cut down on big outdoor advertising spending and instead do more targeted marketing,” says Tolu Roberts, co-founder of the company behind the new digital advertising screens installed at gas stations in Lagos.

Tolu Roberts and Soji Ogundoyin are the founders behind a Nigerian digital advertising company, S&T Media, which gives advertisers a new way of reaching their customers.

The company holds the sole distribution rights in Africa to a 22-inch digital screen that is installed in the petrol pumps at filling stations and used to deliver advertising content to customers as they fill up – which takes an estimated four to six minutes. The same concept is also being deployed on aisle shelves in supermarkets to bring commercials to the point of purchase.

The screens also air the latest news, sports and entertainment due to S&T Media’s content arrangements with some of the country’s largest broadcasters – such as HipTV, Channels TV and Pulse.Ng.

And last month the company secured US$1m in seed financing from EchoVC Partners, a venture capital firm that invests in early-stage technology companies.

The company was started in 2014 after Ogundoyin, who managed a family-owned gas station, investigated alternative ways for the station to earn revenue. He came across the in-pump digital media screens and imported one from Asia. He soon realised there was a market for the advertising platform at other gas stations in Lagos and the company has since signed distribution deals with Total, Oando and Forte Oil – which together have about 1,000 stations across the country. These partners earn a share of the advertising revenue with S&T Media.

The start-up has also secured similar deals with two major retailers, Dutch multinational chain Spar and the Spanish-based CityDia, and is now targeting other sectors such as hotels. 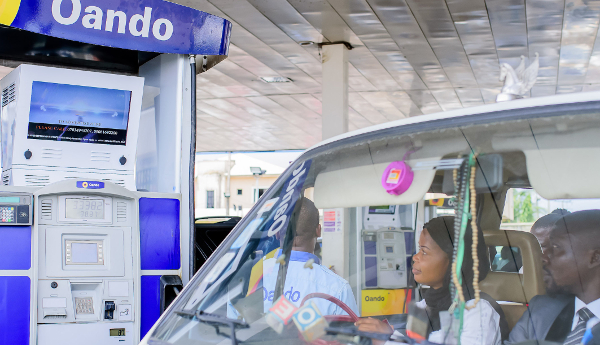 A digital advertising screen installed at a petrol pump in Lagos.

Today there are 190 digital advertising screens installed in filling stations and supermarkets across Lagos, and the business is looking to expand across Nigeria.

It is estimated that Nigeria’s advertising spend currently stands at about N100bn (about $500m) a year. However, research by PwC reveals the country’s industry is growing faster than anywhere else in the world – at about 15% per annum between 2015 and 2019.

According to Roberts, while the pump and retail digital screens are new to the market, they have been well-received by advertisers. He argues this is because advertisers can choose their locations and target customers close to the point of purchase.

“Yes – it still pretty new and we only started expanding towards the end of last year. But we are starting to get quite a bit of traction because [the platform] is unique… and a lot of brands are trying to get on board because they can see the advantage.”

However, Nigeria’s economic struggles around a weak naira and rising inflation have resulted in falling consumer spending power in recent months – posing challenges for brands.

“Nigeria has been struggling since global oil prices fell… and because people aren’t spending as much and the first thing companies try to do is cut down on their marketing spend. So that is what we have started to notice.”

However, Roberts argues this also means that companies are being more strategic in terms of how they advertise.

“A lot of companies are trying to cut down on big outdoor advertising spending and instead do more targeted marketing – and our platform actually gives them the opportunity to target demographics, both with location and with the type of product they are trying to sell,” he continues.

“But as the country and economy starts to grow, we plan to grow with it. We really look at this period as almost close to rock bottom for us in Nigeria. And the only way, going forward, is up.”