“Corporates and entrepreneurs alike should be willing to make mistakes in the process of moving into African countries, and look at partnerships with local businesses to guide them through.” 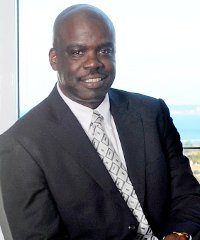 So says Kevin Dees, an executive at South African-based technology solutions and services group Adapt IT. The company has done business in 11 African countries.

“Doing business in Africa has changed significantly over the past years with increased connectivity via new undersea cabling, investment from European business seeking emerging market alternatives, multinationals entering the market, and a general technological awakening for many African businesses,” says Dees.

He explains that although the continent’s business environment is maturing, there are still many hurdles that need to be overcome. The availability of foreign exchange in some countries is one such challenge. For example, in Malawi foreign exchange is not easily obtained, often leading to long delays in foreign payments. This could hinder the payment to employees and suppliers, and pause activity on the ground.

According to Dees, the customs regulations in certain African countries are also a key consideration for companies importing or exporting goods. Customs regulations differ across the continent, and it is possible for goods to take a lengthy period to arrive, if they arrive at all.

Although labour is abundant in most countries, finding skilled personnel, particularly in the IT industry, can be challenging. As a result, most businesses entering into Africa pay ‘withholding tax’ to the local governments to support skills development when a foreigner is appointed to a position which might be filled by a citizen of that country. The tax percentage varies, but is usually between 15% and 20% of a contract value.

“With the move into a new territory, alongside the necessary infrastructure required, a certain amount of experienced resources usually relocate in the short-term to guide the set-up and development of the business. We have found that visas are sometimes hard to obtain initially, and then can be revoked at any point,” explains Dees.

He adds that a “first-mover” advantage now exists for many companies to move into the African market.