Since the implementation of the Chinese policy of “opening up” under Deng Xiaoping in the 1980s, China’s evolving role in the world today has attracted much attention from all continents including Africa. 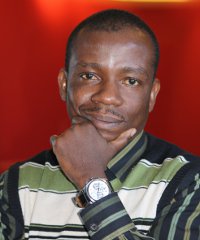 It is important to know however that China has been in Africa since the 1955 first Asia Africa Conference in Bandung. In recent times The Forum on China-Africa Cooperation (FOCAC) is evidence of the deepening importance China attaches to its African engagement. How has Africa viewed China’s involvement in the continent thus far? What are the implications for Africa of an increasing Chinese role in Africa? In this brief I try to highlight the China-Africa story and draw implications for Africa.

Official Chinese statistics indicate that foreign direct investment (FDI) stock from China to Africa increased from below $50 million to $2.6 billion within 2000 and 2006.

One of the biggest landmarks in China’s investment in Africa was the Industrial and Commercial Bank of China’s $5.5 billion purchase of about 20% shares in South Africa’s Standard Bank.

Trade between China and Africa has grown from $20 billion to over $100 billion between 2000 and 2008. Engagements of China in Africa this year alone include a partnership between ZTE, a Chinese telecom firm, and Movicel in Angola to introduce 4G; aid for rice seed production in Nigeria; arrangements to borrow $3 billion from the China Development Bank for infrastructure projects in transport and oil and gas by Ghana; and the construction in Uganda of a $350 million Chinese-funded toll road from Entebbe International Airport to Kampala. Certainly these are good signs of a beneficial role of China in Africa.

A number of critics have, however, viewed China’s involvement in Africa as suspicious and debilitating to Africa’s growth and competitiveness. It is argued that China’s growing presence in Africa is merely based on its search for energy resources, an export market for its light industrial products and a destination for migrant workers. Simply put China’s growing presence in Africa is based on exploitation of natural resources and a distortion of economic incentives in African economies. African businesses are being competed out of their own markets by China.

Is Africa really losing out? China is certainly obtaining a possibly generous deal with energy supply from Africa and the benefits may be lopsided to China. To the extent that Chinese owned SMMEs are growing in African economies then Chinese firms have taken up some of the space for economic activity. But how much of indigenous SMME businesses have thrived in Africa prior to Chinese recent economic engagements? Can we attribute the lack of a vibrant indigenous SMME activity and growth to the presence of Chinese owned SMMEs?

I would argue that we ought to be looking at the net benefits of China’s engagements in Africa and design strategies to engage China rather than concentrate on looking for bad Chinese investments. Take the Beijing model to giving aid; which is based on aid for mineral resources as applied in Angola and the DRC where loans were provided for economic and social infrastructure in return for oil, copper and cobalt respectively. This model certainly is more appealing to African governments given the absence of the usually intrusive Washington Consensus aid conditionalities.

As was reported by Jerker Helstrom; an anonymous African leader described the Chinese as follows: “Their game is clear. They say ‘I’ll build you a road, if you give me that mine.’ They are completely transparent.”

Though appealing it is clear that Africa could be losing out in terms of giving up too much of her natural resources, if such deals are not designed strategically. Hence rather than lobbying against China in Africa there is need for an African strategy on how to engage in such deals for optimal economic and social value. Call it the African Consensus, Africa needs to have strategic and appropriate investment policy valuations (this is by no means peculiar to China alone). Such valuations would indicate how much of a mineral resource should be given up for a kilometre of road, rail, hospital equipment, agricultural inputs and machinery, etc. and must point to an economic value addition. It does not appear that this is a key strategy in dealing with the Chinese aid model.

Another strategy which is oft overlooked in Africa is the need to position domestic entrepreneurs to take advantage of foreign investment in the value chain. For instance a major oil investment deal to China can be hinged on domestic businesses equipped to benefit from strategic partnerships on downstream activities such as production of fuel oil, paraffin wax, premium motor spirits, lubricants, synthetic rubber, plastics, fertilisers, antifreeze, and pesticides. Similar partnerships from agricultural investment would include rice and flour milling, leather tanning, cotton ginning, oil pressing, and fish canning in upstream businesses and biscuit and noodle making, textile spinning and weaving; paper production; clothing and footwear manufacturing; and rubber manufacturing in downstream businesses.

China has a long history of engagement with Africa, which is intensifying; it is up to Africa to decide whether she wants to sit back and receive China on Beijing Consensus basis or develop an African Consensus to engage China.

Charles Adjasi is associate professor of development finance at the University of Stellenbosch Business School.