Trade between Africa and China are at all time highs, but the terms are mostly dictated by China. So says a new Standard Bank report, written by analysts Simon Freemantle and Jeremy Stevens. 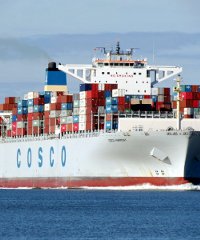 Trade between China and Africa is expected to reach $200 billion this year.

“The integration of trade ties has been driven by China, on China’s terms. Chinese firms, confronting subdued activity in mature markets and tasked with shifting up the value chain, have recognised the importance of selling goods to the large emerging economies – especially the highly populated and increasingly wealthy ones in Africa. That means selling to Africa, not outsourcing production to Africa,” notes the report.

Africa is China’s fastest growing export destination. The authors estimate that this year 18% of Africa’s imports were sourced from China, up from 10% in 2008. Despite this fast growth, Africa still only accounts for 5% of China’s total exports. Interestingly half of China’s exports to Africa go to only five countries – Kenya, Egypt, Angola, Nigeria and South Africa.

So what products are African countries bringing in from China? This year the continent will import US$15 billion of electrical equipment and appliances; $13 billion of nuclear reactors and machinery; over $10 billion of vehicles and ships; and nearly $7 billion of footwear and clothing.

China has made a name for itself as a producer of relatively low value-added products. Chinese exporters are, however, moving up the value chain, with the share of industrial goods in the export basket rising from 30% in 2001 to 42% last year. “In recent years, export growth has been propelled by sales of industrial goods, like earthmovers, cranes, telecom network gear and construction materials – often connected to concessional loans and/or investments by Chinese firms,” explains the report.

Sino-African trade is, however, not a one-way street. China also wants what Africa has – although this is mostly raw commodities. Chinese imports from Africa are expected to reach $117 billion this year, an increase of 26% from 2011. However, this rise is almost entirely from an increase in oil sales. Africa provides China with 25% of its crude energy imports, with 64% of this total coming from Angola.

China’s economy is changing, and this could hold significant economic consequences for Africa. Subdued global activity is hurting Chinese exporters. Chinese demand for raw commodities has also been depressed this year. Standard Bank says that China’s economy is moving from the “state-directed, credit-fuelled and investment-based activity of the past” to a more “internal-orientated consumption-based (less export-focused)” structure. Demand for Africa’s resources will grow at a slower and slower pace each year, says the report.

There have been many calls for Africa to move from only exporting raw commodities, to light manufacturing. The continent is only responsible for about 1% of global manufacturing. During this year’s World Economic Forum on Africa, held in Addis Ababa, William Hickey, president and CEO of global packaging company Sealed Air, said that manufacturing is critical for Africa’s economic development. “I can think of very few societies, countries or continents that have gone from poor to rich without a robust manufacturing sector,” he noted.

China’s moderating demand for commodities should be a further wake-up call for African countries to diversify their economies.