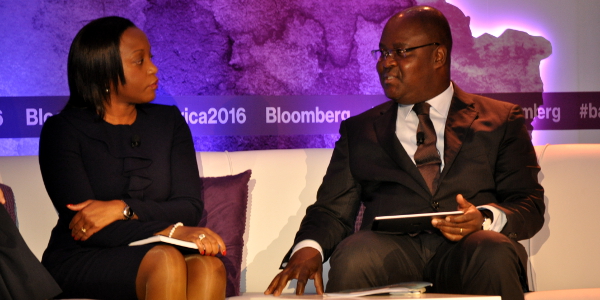 Beyond the current global headwinds, one struggle that characterises the majority of African stock exchanges is illiquidity – partly a result of few listings.

The majority of IPOs happen through Africa’s most developed market, the Johannesburg Stock Exchange (JSE). But very few occur elsewhere on the continent. For example, in 2015 there were only nine share offerings recorded in markets outside of South Africa.

“The number of IPOs on the continent is very low. During the last five years we have just conducted 105 IPOs in the 24 structural capital markets on the continent – with a big part from the JSE,” stated Amenounve.

The BRVM (serving eight countries and based in Cote d’Ivoire) has performed relatively well when compared to some other African exchanges. Amenounve expects three IPOs on the exchange in 2016 and up to 12 over the next three years – coming mostly from Cote d’Ivoire, Senegal, Benin, Togo and Mali.

He highlighted three ways governments and African exchanges can increase the number of IPOs and improve liquidity.

“In the various sectors of activities in our countries, you can see that most of the companies are family-owned companies, and they are not actually ready to go to the capital markets,” said Amenounve.

African governments can play a key role in growing its local businesses and developing the necessary regulatory framework to inspire market confidence in its bourses. But another way to increase the number of listings would be to simply privatise some state-owned corporations and list them on the relevant exchange.

“They don’t want to privatise some companies that are in some strategic activities like power, oil and water. But we think it’s important to bring them progressively into the market,” he continued.

“If they are listed, we can bring better governance in these companies, and transparencies.”

According to Amenounve, two of the three IPOs expected for the BRVM this year are a result of the privatisation of banks in Cote d’Ivoire.

Furthermore, Amenounve noted there also needs to be more listings across different sectors, particularly in regulated areas of banking, insurance and telecommunications.

“If you see in the case of the BRVM, you have only one incidence of a telecommunications company listed on the stock exchange for eight countries,” he highlighted.

“We need to bring [others] very quickly to the market so the stock exchange can be a kind of barometer for the economy.”

Of the three IPOs expected on the BRVM this year, one is a result of a private equity exit in the energy and water space, added Amenounve.

“And, in my point of view, the next 10 years will be higher return years for our stock exchanges. So I think that private equity companies can come down to the market, exit, and they can get higher return.”