The Central Bank of Kenya (CBK) has announced that it is working on plans to launch the flotation of sharia-compliant bonds and treasury bills in the Kenyan money market.

The inclusion of sukuk bonds and bills, which will be structured in compliance with sharia law, is likely to increase the amount of cash flowing into Kenya from the Gulf region. 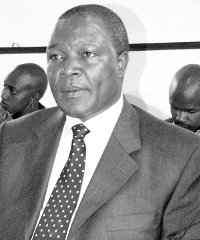 The CBK Governor, Prof Njuguna Ndungu, said the two sharia-compliant banks in Kenya have contributed to the development agenda by participating in the sukuk component of infrastructure bonds issued by the apex bank on behalf of the Kenyan government.

“We are still waiting for ‘structured sukuk’ to cover the bonds and T-bills market,” Ndungu said.

According to CBK figures, Gulf African Bank (GAB) invested KSh500 million (US$6.5 million) in the sukuk portion of a government infrastructure bond issue last year and received a 13.5% rate of return.

In a speech read on his behalf by Alex Nandi, the deputy director banking supervision at the CBK, during the opening ceremony of the Second Gulf African Bank Annual East and Central Africa Islamic conference in Nairobi, Ndungu said the entry of Islamic banking institutions in the country posed a challenge for the CBK in terms of regulation.

He said the CBK grants exemptions to Islamic banking institutions upon request in transactions that involve wholesale trading and holding land and buildings since the Banking Act prohibits these activities.

The two banks currently boast of 1,570 loan accounts and 58,548 deposit accounts and control 0.8% of the banking sector’s net assets after being in operation for less than two years.

Ndungu warned that the lack of research and innovativeness by Islamic banking institutions will hamper their growth and competitiveness.

Chief executive officer of GAB, Najmul Hassan, said that Islamic banking institutions have to come up with innovative banking products and solutions targeting its Muslim and non-Muslim clients.

“We should strive to reach clients who are not driven by fear or faith but by innovative products that meet their demands,” Hassan added.