India and a number of other developing countries have benefited greatly from the business process outsourcing (BPO) industry. Western companies are outsourcing various non-core tasks, from IT work to call-centre operations, to these nations where labour costs are low but the needed skills are not. As Africa awakens from economic slumber, can the continent position itself as an outsourcing destination? 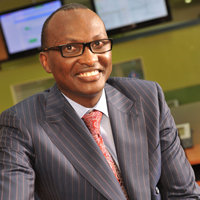 eVentive, an IT company with offices in the US and Ethiopia, has been successful in attracting outsourcing work to Africa. Its Ethiopian staff have developed technology solutions for a number of large US firms. It also runs a small domestic call-centre for Ethiopian Airlines.

eVentive CEO Yemiru Chanyalew and his partners have been involved in the IT industry in the US for many years, but saw an opportunity to outsource work to Ethiopia. Chanyalew says it is much more cost effective to do software development in Ethiopia than in the US. He notes that there are many highly qualified Ethiopian IT graduates, often with two or three degrees, that are unemployed. Hiring these graduates can be up to eight times cheaper than it would cost in the US.

According to Chanyalew, African governments should put in place the necessary legislation for the outsourcing sector to thrive, including laws that ensure the protection of data, which will make foreign companies feel more secure to outsource work to the continent.

For example, eVentive has developed and maintained software for a large US-based pharmaceutical company, where the privacy of medical records were of great importance to the client. Chanyalew says that the only way how his company could outsource the work to Ethiopia, was because eVentive is headquartered in the US. “If I was just an Ethiopian company, they would not have allowed it. Since I have a company in the US, if I have to be sued, they have someone to sue over there.”

Michael Macharia, CEO of Kenyan IT company Seven Seas Technologies, says that for the industry to take off, African organisations first need to start using outsourcing services themselves. “We in our own markets don’t consume BPO. We are expecting that international customers consume our services as the BPO industry. It has to start with our own market consuming BPO services,” he said during a session at the recent World Economic Forum on Africa, held in Addis Ababa.

He said that governments could play an important role in stimulating the BPO industry. He suggested the creation of ‘citizen service centres’ where people could access information, as opposed to having to stand in long queues at government offices. “That in itself would create 10,000 BPO jobs,” Macharia noted.

He added that governments should insist that large foreign investors relocate some of their outsourcing work to Africa.

US conglomerate General Electric played a critical role in kick-starting India’s outsourcing sector. The Wall Street Journal reports that in 1989 legendary GE chairman and CEO Jack Welch visited India for a sales call. He hoped to sell products such as jet engines and plastics to the Indian government. However, during a meeting with government officials, it was Welch who got pitched. The Indian government offered to sell software to GE in order to get its emerging technology sector off the ground.

“If I kiss your cheek, what do I get in return?” Welch reportedly replied.

In this way GE played a significant role in shaping India’s outsourcing industry.

With an abundance of relatively cheap labour and growing connectivity with the rest of the world thanks to a number of undersea fibre-optic cables coming on-stream, Africa has an opportunity to become an outsourcing destination. However, the private sector cannot do it alone and needs government support.