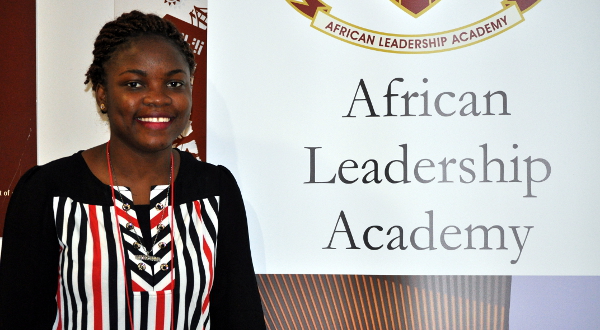 “At first I was doing this just for my mom, but then I realised this could help other people like her in Cameroon, as well as Africa,” said Vanessa Zommi, founder of Emerald Moringa Tea in Cameroon.

Cameroonian Vanessa Zommi (20) is a problem solver, and when she realised that diabetes posed a risk to her mother’s life, she decided to do something about it.

She had already lost both her grandparents as a result of diabetes, so when her mother was diagnosed with the disease, Zommi started to look into natural treatments that could keep her mother healthy.

She came across the moringa oleifera tree, which grew in her region, and discovered it has a number of nutritional and medicinal benefits. One of these is reducing blood sugar levels to treat diabetes and, after a bit more research, Zommi found she could easily process the moringa leaf into a tasty tea.

“Studies show that drinking moringa tea after a meal can ease digestion, and after two hours of intake, sugar levels in the body drop.”

She visited an agricultural fair and met with moringa farmers who could supply her with the leaf, which she dried and placed in tea bags. And after testing the product out, she realised that other people in her community would also benefit from the treatment.

According to Zommi, poverty is one of the leading causes of diabetes as a lot of cheap food and snacks in the market were high in sugar and low in nutrients. The cost of medicine and healthcare also meant diabetics often did not receive early detection, and many patients were unable to afford on-going treatment.

“So at first I was doing this just for my mom, but then I realised this could help other people like her in Cameroon, as well as Africa.”

At the age of 17, Zommi started manufacturing her tea and established the company Emerald Moringa Tea to supply consumers in Molyko, a town in the Buea region. Today the company employs nine people and is looking at expanding its distribution to other regions in Cameroon, as well as Africa. At the moment 40g of her tea costs about US$2, but Zommi hopes to lower prices as she scales-up production.

She also works with small-scale farmers to help them grow moringa. “I teach them how to plant the moringa and I give them seeds so they can go and plant it and make money.”

Emerald Moringa Tea has caught the attention of the Anzisha Prize, Africa’s premier award for young entrepreneurs, and Zommi was named one of its 12 finalists for 2015. The achievement led her to meet Cameroon’s President, Paul Biya, soon after.

She has recently completed her degree in chemical engineering, and is currently pursuing her masters at Villanova University in the US. Her business is being run by a dedicated team in Cameroon while she is away.

Zommi was exposed to entrepreneurship at a young age while helping her mother sell computers after school. “I started learning how to make money, how to market a product, and how to talk to customers. I learnt the basics,” she recalled.

However, she admits running her own venture while studying was not easy. In addition to her school commitments, Zommi was also the vice-president of her university’s student government association.

“I had to take care of 2,000 people in school and at the same run my enterprise, while also making sure that I had good grades. It was really difficult in the beginning, but I turned out to be a good time manager. I was successful as vice-president of student government, and my business is one of the top entrepreneurship ventures in my university, and I am also among the top students,” she stated proudly.

“It helps to be a good time manager and I have managed a work/life balance.”

Zommi is also a strong advocate of African women in entrepreneurship, as she believes it is a good way to empower women both financially and socially. “I hope through my story that I can be a role model for young girls who want to do something like this.”

She added that while some people are natural entrepreneurs, anyone can pursue entrepreneurship successfully if they work hard enough at it. “I am here today because I worked for it. I attended training and I had a vision which I kept working towards.”

Her advice to other aspiring young entrepreneurs is to educate themselves anyway they can and just take the leap.

“Don’t just sit there and wait for a miraculous moment to make things happen. Just take the first step. You might fail, but each time you fail you learn that you haven’t done the right thing in the right way. Failing is part of the learning process… I actually say that not everybody who fails is a failure. If you fail and you rise, you are learning,” she continued.

“So to all the young entrepreneurs – don’t be afraid! It will be difficult, but if you don’t give up, it will be worth it.”