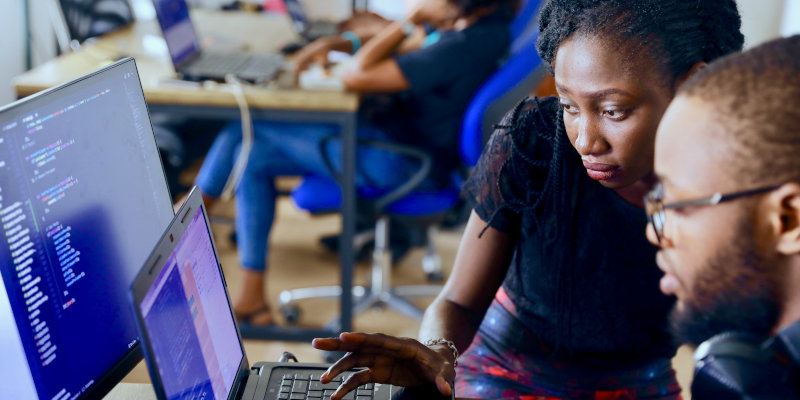 This article is an abridged excerpt from the book Out-Innovate: How Global Entrepreneurs from Delhi to Detroit Are Rewriting the Rules of Silicon Valley, written by Alexandre Lazarow.

Xavier Helgesen was troubled. He had just returned to his home base of Arusha, Tanzania, after weeks spent pitching Zola, his startup, to Silicon Valley investors. It was 2014, two years into the journey, and Zola already had thousands of paying customers and a large potential market. But Xavier had secured only a fraction of the capital that a pedestrian San Francisco startup might expect to raise in months.

Xavier had co-founded Zola with Erica Mackey and Joshua Pierce to tackle a seemingly intractable problem: eight hundred million people in Africa live off-grid and are vulnerable to systematic disadvantages resulting from a lack of electricity.

Xavier was raising funds for a $7 million series A round of ﬁnancing, one of the ﬁrst large rounds in the burgeoning market for off-grid energy in developing countries. The cheque he needed was well beyond what could be raised locally in Tanzania – or, for that matter, across the African continent – and so Xavier had looked to Silicon Valley.

But he had received mixed feedback. “You’re building a technology startup – why do you have so much overhead? A training academy for the sales force, and an in-house payments platform? Can’t you be leaner?” “The Tanzanian shilling was devalued precipitously last year. What is your hedging strategy?” “You’re raising a series A now. Who could lead your series B, and what stock market do you think you’ll eventually list on?”

On their face, these questions are not necessarily misguided. But they are deeply rooted in a set of beliefs unique to Silicon Valley and its conception of how to build a startup. Unsurprisingly, these beliefs do not always translate well to the Tanzanian marketplace. It’s hard to be lean when you need to provide basic business training to your new recruits or manage collections in a predominantly cash-based economy. The wild fluctuations of the Tanzanian shilling make hedging prohibitively expensive. Budgeting for capital commitments and enjoying the necessary certainty of business forecasts are both distant dreams for local startups. And all this is complicated by the limited availability of follow-on funders and a lack of viable exit options in Tanzania.

Many of the investors could not get behind the notion that a company could break the Silicon Valley paradigm so extensively and still succeed. They turned their backs on Xavier.

Instead of telling him how things should be, those potential investors should have listened to how things are.

Silicon Valley used to have a monopoly on innovation. Only twenty-five years ago, 95% of the world’s venture activity occurred in the United States, the vast majority concentrated in the two hundred square miles spanning San Francisco and San Jose.

Over the past few decades, cities like London, Berlin, Tallinn, and Tel Aviv are becoming global startup powerhouses. And China above all has propelled itself to the forefront of the global innovation landscape. It is now home to 100,000 startups and 35% of the world’s unicorns.

The most exciting story, however, is what’s happening in the rest of the world, outside these economic powerhouses. Innovators are increasingly taking root everywhere. At this ‘Frontier’ there are currently more than 1.3 million technology startups globally. Startup ecosystems are popping up all over the world to support them, with more than 480 hubs worldwide, from Detroit to Bangalore to Puerto Rico to Nairobi to São Paulo. In emerging ecosystems, the incidence of entrepreneurship is double that of the developed world.

But our knowledge of the way startups are built remains stagnant and myopic, centred in a speciﬁc time and place and a particular type of company: the Silicon Valley software business.

My own journey to the innovation industry has been as an investor, a regulator, a consultant, or an investment banker – advising CEOs and entrepreneurs around the world and teaching future entrepreneurs in my MBA classes. In particular I have been trying to make sense of questions about innovation in emerging ecosystems. I have invested in startups across the globe and had an eye-opening journey through the unique challenges and opportunities of scaling a business outside Silicon Valley.

In markets where there is a venture capital shortage, macroeconomic uncertainty, a lower tolerance for risk, less acceptance of entrepreneurship as a career, or limited enabling infrastructure, the Silicon Valley model fails.

Furthermore, Silicon Valley is no longer generating the innovation we’re looking for. Even though Silicon Valley continues to deliver technological advancement and richly valued companies, recent innovation has been incremental rather than world changing.

The world of innovation needs a refresh. And that refresh is already well underway at what I call the Frontier, which collectively refers to innovation centres located outside Silicon Valley and its closest counterparts. At the Frontier, operating in tough, under-resourced, and often underregulated environments, these outside-the-Valley entrepreneurs are out-innovating their Silicon Valley counterparts. To succeed, they are making their own rules and charting their own paths. Along the way, they are challenging us to rethink what the model for innovation should be, both globally and in Silicon Valley.

A new model for innovation at the Frontier

Frontier innovators are writing their own innovation playbook. Their methods, while derived from practical necessity, are not only reinventing the rules but also redeﬁning what it means to innovate. I have identified ten elements of this new model for innovation.

Silicon Valley has a rich mosaic of support systems: corporations with innovation departments, venture capitalists who offer support teams, accelerators who specialise in myriad topics, and even regulators who are increasingly looking to engage with innovators. Frontier innovators often feel isolated by comparison. By necessity, Frontier innovators don’t just scale their startups; they take an active role in building their ecosystems by laying the cornerstones of entrepreneurial culture, creating a community of mentors and supporters, and building the requisite infrastructure for the ecosystem.

Of course, Frontier innovators are not alone in building their ecosystems. Governments, regulators, investors, large corporations, charities, foundations, and other interested parties can have a disproportionate impact on Frontier ecosystems – not by copying Silicon Valley but by leveraging the lessons from the Frontier.

Rooted in the lived realities of Frontier innovators, my work and writings derive practical advice for all participants in the ecosystem. My research is founded on my own data, as well as more than two hundred interviews, industry publications, and, where it exists, leading academic research in the ﬁeld.

I seek to answer four basic questions: What unique strategies do Frontier innovators employ to successfully develop their innovations? How can these strategies be replicated by others at the Frontier? What can Silicon Valley learn from these emerging approaches? How should we use these lessons to promote vibrant and successful innovation ecosystems around the world?

My hope is that my ideas will start a conversation about what it means to innovate in the rest of the world. Excitingly, the ﬁrst wave of entrepreneurial activity in many Frontier ecosystems is only beginning to crest. The ranks of innovators across the globe increase daily. In the United States alone, by some counts more than half a million people become entrepreneurs every month. Most are not building Silicon Valley-style software startups.

Uncritically following Silicon Valley’s principles and applying them to different local contexts is a recipe for failure. Learning the lessons of successful Frontier innovators is crucial for new entrepreneurs, technology workers, and students looking to join their ranks.

When I ask my friends which current Silicon Valley entrepreneurs they see as a positive force on humanity, they often mention Elon Musk. But when I ask for a few more names, they struggle. At the Frontier, I can point to dozens of Elons. They are building various types of companies, in various ways, and they are driving world-changing innovation.

William Gibson once said, “The future is already here, it’s just not evenly distributed.” In this case, Frontier innovators across the world are leading the charge and providing a glimpse of the future of innovation and entrepreneurship worldwide and, per Gibson, to a future that is more evenly distributed. And maybe their lessons hold the key for innovation and startups to change the world after all.

Alexandre Lazarow has worked at the intersection of investing, innovation, and economic development across the public, private, and social sectors for more than a decade. He is a venture capitalist with Cathay Innovation and was previously with Omidyar Network. He is a Kauffman Fellow, Council on Foreign Relations term member, and an adjunct professor specializing in social-impact investment and entrepreneurship at the Middlebury Institute of International Studies at Monterey. He is a graduate of Harvard Business School and the University of Manitoba.

[May 2020] Fish leather shoes: Kenyan entrepreneur finds export market for innovative products
[May 2020] How Kenya’s Wandia Gichuru has tackled the business of fashion
[May 2020] A Nigerian toy empire built from the ground up
[May 2020] Spotting opportunities in Ethiopia: The story of serial entrepreneur Addis Alemayehou
[April 2020] Producing beverages in West Africa: Indian-born businessman reveals his success strategies