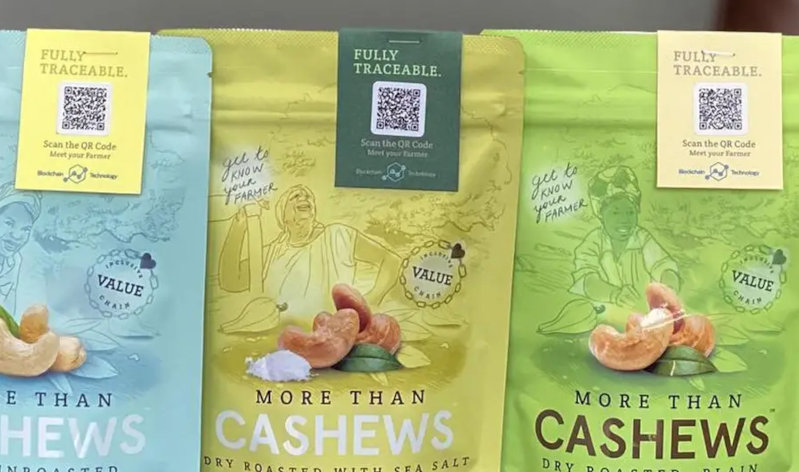 YYTZ Agro-Processing’s cashew nuts feature QR codes on the packaging, which consumers can scan to learn more about the product’s origin.

Some African food companies feature QR codes on their packaging, which when scanned with a smartphone reveals information about the product’s origin. James Torvaney talks to two entrepreneurs to learn about the commercial impact of these initiatives.

Historically, many consumers haven’t thought too much about where their food came from, and information about its origin was opaque and difficult to track.

However, concerns over factors such as environmental impact and farmers’ living conditions mean many people are paying far more attention to where their products come from. Some companies are now looking to engage with customers and increase sales by allowing people to trace each bag of produce all the way back to the individual farmers who harvested the ingredients.

Tahira Nizari, founder of Tanzania-based tea producer Kazi Yetu, has made transparency a core part of the company’s identity.

Each packet of Kazi Yetu tea sold in the United States, Europe and East Africa is printed with a QR code. When scanned with a smartphone camera, it reveals a web page containing detailed information such as the name and location of the farm where each ingredient was sourced, and a step-by-step description of how the item was made.

“In the past decade or so, there has been this focus on certification, and rightly so,” says Nizari, “but I think traceability now gives us a chance to go above and beyond a single [certification] logo. It allows customers to be better informed about the products they are buying.” 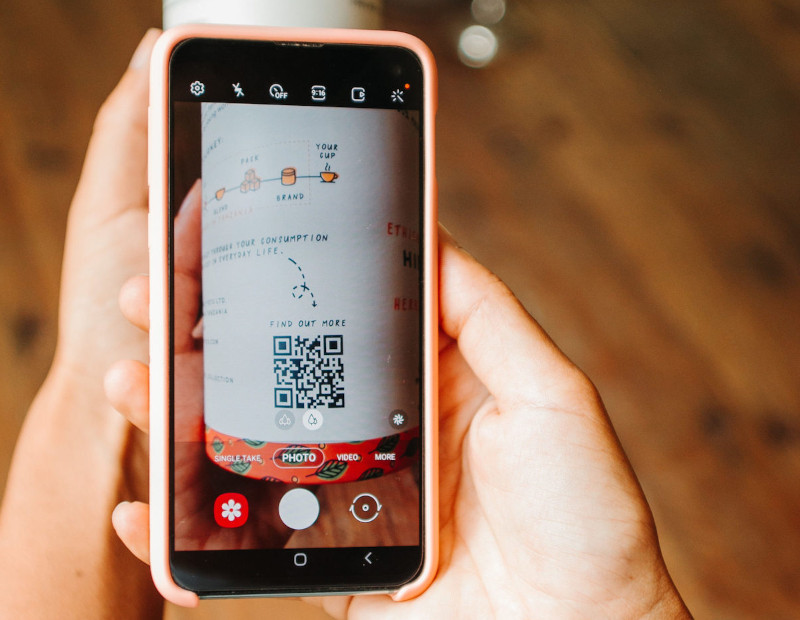 On the back of each packet of Kazi Yetu tea, there is a QR code. Scanning the QR code takes consumers to a web page. Entering a batch number reveals a raft of information on how and where that specific batch of tea was sourced and made. (See image below). 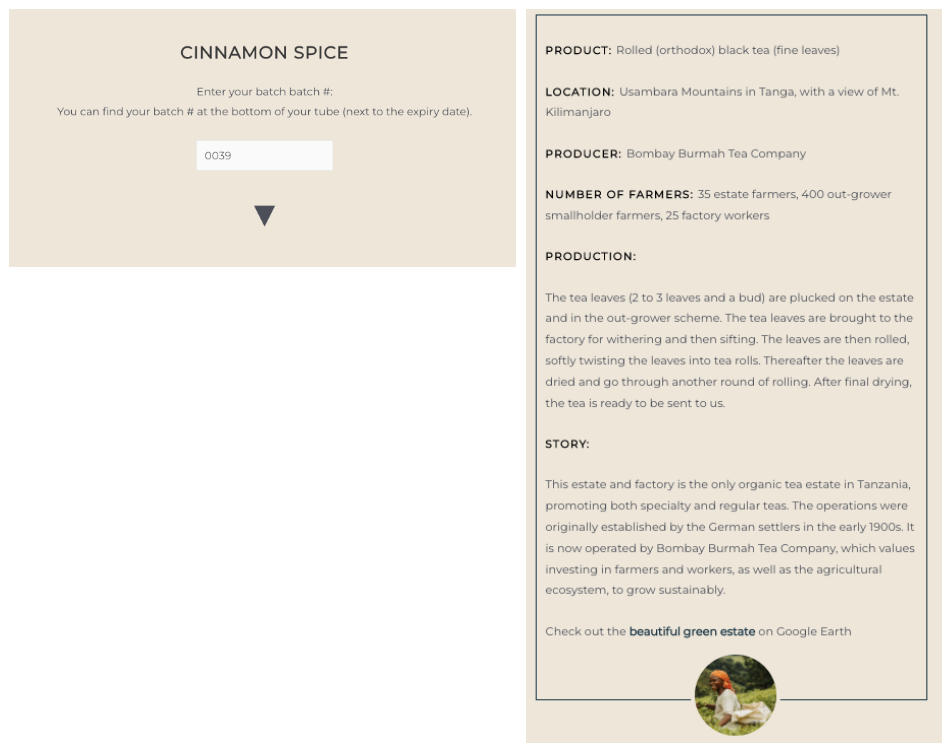 Nizari sees this transparency as a meaningful selling point against larger brands that may be unable to track such information. “There is a huge gap in the market for people who want traceable products,” she says. “They want to know where their products were made and the positive impact they can have on society and the environment.”

She adds that customers typically peruse the information in the four or five minutes it takes to brew a cup of the tea; similar to how one might glance through the information on the back of a cereal box. “We get a lot of requests for new information that people would like to see – such as how the different climates affect the flavour, how many women were involved in making the product, and the farmers’ standard of living.

“The next stage is for us to make the experience more interactive,” reveals Nizari, explaining Kai Yetu is looking at ways to incorporate other forms of content, such as videos and games.

YYTZ Agro-Processing, founded by Fahad Awadh, also based in Tanzania, believes that sharing with his customers how his products were made and who grew them is a key part of the brand’s appeal.

YYTZ processes and packages cashew nuts for sale in the United States and Europe through stores such as Whole Foods, Amazon and Albertsons. “Layer one is telling stories; layer two is showing people exactly where the product came from,” says Awadh.

“Africa produces 60% of the world’s cashews but the vast majority of that goes to countries such as India or Vietnam for processing, and is therefore labelled as ‘Made in Vietnam’. The supply chain is very opaque; customers and even retailers will never know where the product originally came from.”

Awadh also uses QR codes on his packaging to allow people to learn more about the origins of YYTZ’s cashews. “I can’t quantify the exact effect the codes have on the sales, but it is an important part of our brand and our commitment to transparency.

“We put our code right on the front of the pack, so it stands out on the shelf. It’s definitely something that sets the product apart!”

One of the end goals, according to Awadh, is to enable customers to use the QR codes to send monetary tips directly to the individual farmers who picked their cashew nuts. 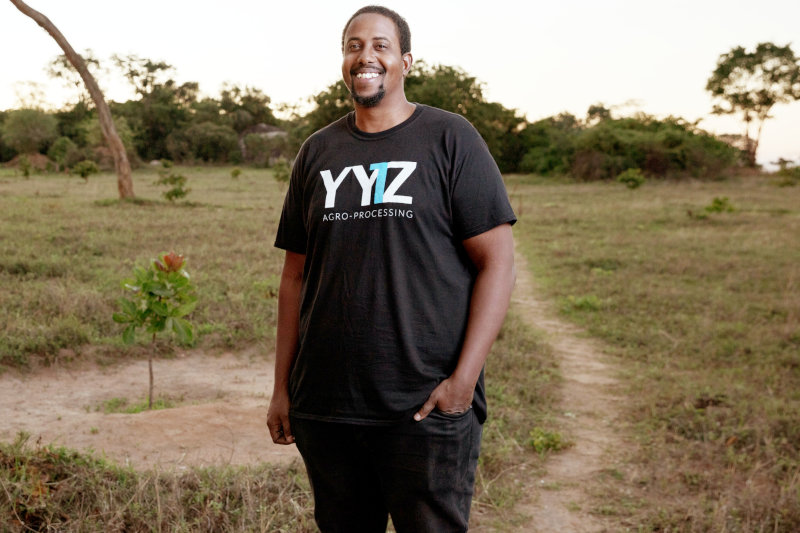 They help us improve quality and reduce costs

Behind this ability to track products from source to supermarket lies complex supply chain tracking systems.

Both Kazi Yetu and YYTZ use QR codes to track their products all the way from the farm gate to the final product. Unique codes are assigned at the point of purchasing the raw ingredients, and then scanned at various points throughout the supply chain; for example, when entering and leaving the factory, or when being transported to another location.

The data the businesses collect on each batch can also help them identify and address inefficiencies by monitoring which farms and which locations are producing the highest yields and best quality products.

We used blockchain because we wanted more credibility

Finding an organised and reliable way to track data throughout a complex supply chain – with many different parties scanning the codes and adding data at multiple locations and production stages – can prove a significant challenge.

Awadh spent a lot of time searching for a single system that could do what he wanted. “There are supply chain management solutions available, but often these products are far too expensive for start-ups. I also wanted to use a blockchain because I wanted more credibility for the data.” Eventually he found a Dutch furniture company that had built a blockchain-based tool to monitor its supply chain. Awadh worked with the company to adapt the software for YYTZ, although he admits they are constantly looking to improve the system.

Awadh sees huge opportunities for companies that can offer one-stop supply chain-tracking software for small and medium enterprises. He cites BanQu – which recently raised US$7 million in series B equity funding for expansion across Africa, Latin America and Asia – as one company looking to meet this need.

We are just scratching the surface 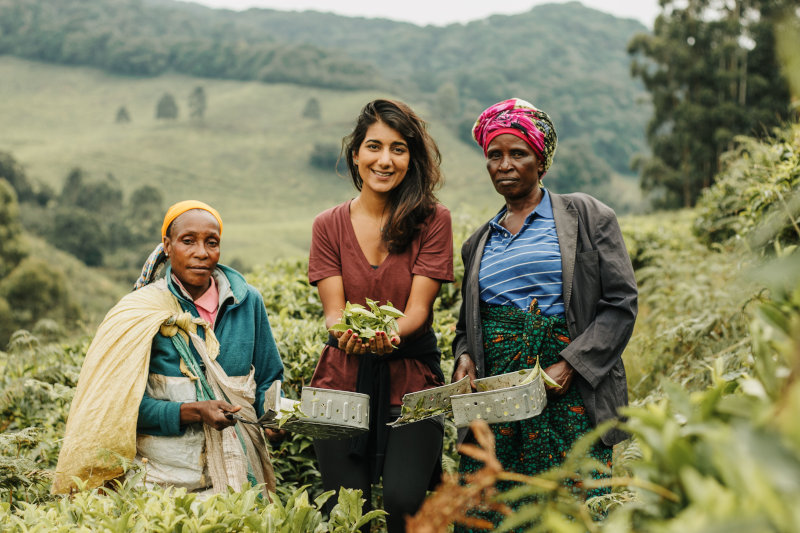 Nizari and Ahwad agree traceability is an integral part of the appeal of their brands and helps to attract and retain customers. “The consumer space is definitely moving in that direction,” says Awadh. When it comes to using tools such as QR codes and blockchain-based supply chain-tracking tools, “we are only just starting to identify the use cases”.

“There is potential for all kinds of things further down the line and in Africa, we are probably best placed to experiment with some of these solutions; we are closer to the origin of the products and that’s where the innovations will start.”